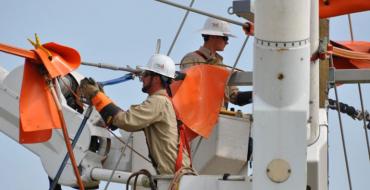 In a major move in the state’s utility industry, the parent company of Florida Power & Light said Monday it will buy Northwest Florida’s Gulf Power as part of a $6.475 billion deal.

NextEra Energy Inc. plans to buy Gulf Power, the Florida City Gas natural-gas company and ownership interests in two power plants from The Southern Company. The purchase of Gulf Power and the stakes in the power plants, which are subject to federal approval, are expected to close during the first half of 2019, while the Florida City Gas purchase is slated for the third quarter of 2018, according to a NextEra Energy announcement.

The deal would expand NextEra Energy’s already-massive footprint in the state. Its Florida Power & Light subsidiary is by far the largest electric utility in Florida, serving nearly 5 million customers. Gulf Power, with about 450,000 customers in eight counties, is the largest utility in the Panhandle.

Florida City Gas has about 110,000 residential and commercial natural-gas customers in Miami-Dade, Brevard, St. Lucie and Indian River counties. NextEra said it will buy a 100 percent ownership interest in a power plant near Cocoa known as Plant Oleander, which has contracts to sell electricity to the Florida Municipal Power Agency and Seminole Electric Cooperative. It also will buy a 65 percent stake in a plant near Orlando known as the Stanton Energy Center, which has contracts with the Orlando Utilities Commission and the Florida Municipal Power Agency.

"These transactions will provide meaningful benefits for the state of Florida, and Gulf Power and Florida City Gas customers, as well as NextEra Energy shareholders,” Jim Robo, chairman and chief executive officer of NextEra Energy, said in a prepared statement. “Importantly, these transactions are consistent with our long-standing, disciplined approach of maintaining the strength of our balance sheet and credit ratings, both of which are among the strongest in the industry.”

NextEra Energy plans to finance the deal through the issuance of new debt, according to the announcement. The $6.475 billion total includes NextEra Energy assuming $1.4 billion of Gulf Power debt.

Subsidiaries of The Southern Company, which is based in Atlanta, operate in numerous states. In addition to Gulf Power, the subsidiaries include Alabama Power, Georgia Power and Mississippi Power. The Florida Public Service Commission last year approved a settlement agreement that set base rates for Gulf Power.

In the announcement, NextEra Energy said that with the addition of Gulf Power, Florida City Gas and the power plants, the Juno Beach-based company “will be even better positioned to generate long-term shareholder value through a more robust financial profile, greater scale and an expanded platform for growth.”