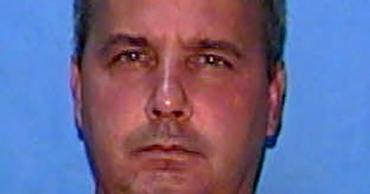 In both cases, DeSantis has targeted men convicted of committing multiple murders.

In May, the state put to death Bobby Joe Long, who was sentenced to death in the May 1984 murder of Michelle Simms after picking her up on Kennedy Boulevard in Tampa. In 1985. Long also pleaded guilty to seven additional first-degree murder charges and numerous charges for sexual batteries and kidnappings in the Tampa Bay region.

Bowles’ death warrant, meanwhile, stems from the November 1994 murder of Walter Hinton, who was found dead in his Jacksonville mobile home. Bowles also is serving life sentences for the 1994 murders of John Roberts in Volusia County and Albert Morris in Nassau County. In addition, Bowles confessed to murdering men in Georgia and Maryland, with evidence suggesting he targeted gay men, according to information released by the governor’s office.

Grisly details of the Hinton murder were recounted in a Florida Supreme Court opinion rejecting a request by Bowles’ attorneys to block Thursday’s execution at Florida State Prison.

“Bowles confessed and pleaded guilty to the 1994 murder of Walter Hinton, who had allowed Bowles to move into his home in exchange for Bowles’ help in moving personal items. Specifically, Bowles dropped a concrete block on Hinton’s head while Hinton was sleeping, then manually strangled a conscious Hinton, and subsequently ‘stuffed toilet paper into Hinton’s throat and placed a rag into his mouth,’ ” the opinion said, partially quoting an earlier court ruling.

ORANGE COUNTY DELEGATION MEETS: The Orange County legislative delegation will meet as it prepares for the 2020 legislative session. The delegation will hear from government officials and representatives of government agencies during the morning and members of the public and community-related entities during the afternoon. (Monday, 9:30 a.m. and 2 p.m., Orange County Administration Center, commission chamber, 201 South Rosalind Ave., Orlando.)

RESTORATION OF VOTING RIGHTS AT ISSUE: The newly created Restoration of Voting Rights Work Group will meet and discuss issues related to a constitutional amendment that requires restoring voting rights for felons who have completed terms of their sentences. (Monday, 2 p.m., 212 Knott Building, the Capitol. Call-in number: 1-888-585-9008. Code: 6594590777.)

USF TRUSTEES TAKE UP LEGISLATIVE REQUEST: The University of South Florida Board of Trustees will hold a conference call that will include discussion of a 2020-2021 legislative budget request and the 2019-2020 operating budget. (Monday, 2:30 p.m.)

UTILITY PLANS AT ISSUE: Staff members of the Florida Public Service Commission will hold a workshop about draft rules that would help carry out a new law dealing with utility storm-protection plans. The law, in part, could lead to more underground power lines. Utilities already have underground power lines in some areas. But a key part of the bill would change the way underground power-line projects are financed, a change that could lead to more projects --- but also higher bills for utility customers. Generally, utilities incorporate storm-hardening costs in their base electric rates, which are set for multiple years. The Public Service Commission goes through months-long processes to determine base rates, looking at financial and technical issues that involve numerous parts of utility operations. But the new law created a separate Public Service Commission process that will allow utilities each year to seek to collect money from customers for storm-protection projects, such as building underground power lines. (Tuesday, 9:30 a.m., Betty Easley Conference Center, 4075 Esplanade Way, Tallahassee.)

BOARD OF EDUCATION MEETS: The State Board of Education will meet in Broward County, with issues expected to include 2020-2021 legislative budget requests. (Wednesday, 9 a.m., Broward College, 111 East Las Olas Blvd., Suite 1208, Fort Lauderdale.)

TRANSGENDER INMATE CASE HEARD: The 11th U.S. Circuit Court of Appeals will hear arguments in a legal battle about the Florida Department of Corrections’ handling of a transgender inmate. The Department of Corrections appealed after Chief U.S. District Judge Mark Walker last year ruled in favor of inmate Reiyn Keohane, who was born a male but began identifying as a female as a child. Keohane, who was sentenced in 2014 to 15 years in prison for attempted second-degree murder, is an inmate at the Wakulla Correctional Institution Annex, an all-male facility. The lawsuit alleged, in part, that Keohane was not allowed to wear women’s undergarments and have access to grooming items available to female inmates. Keohane was allowed to resume hormone treatments after filing the lawsuit in 2016. In his ruling last year, Walker blasted the Department of Corrections for its treatment of Keohane, who was diagnosed with “gender dysphoria” as a teen. “Defendant’s deliberate denial of care --- that is, the denial of access to female clothing and grooming standards despite its knowledge of her diagnosis and her history of self-harm --- has caused Ms. Keohane to continue to suffer unnecessarily and poses a substantial risk of harm to her health,” he wrote. But in a brief filed at the Atlanta-based appeals court, the Department of Corrections said it has made proper accommodations, such as providing mental-health counseling, issuing Keohane a bra and allowing her to shower separately from male inmates. “The record in this case establishes that FDC (the department), far from being indifferent to Keohane’s medical need, has affirmatively treated her medical need with appropriate and well-recognized treatments,” the brief said. (Thursday, 9 a.m., Frank M. Johnson Jr. United States Courthouse, 1 Church St., Montgomery, Ala.)

ASSAULT WEAPONS BAN AT ISSUE: The Financial Impact Estimating Conference will hold a workshop on potential financial impacts of a proposed constitutional amendment that would ban possession of assault-style weapons in Florida. The political committee Ban Assault Weapons Now is trying to get the issue on the November 2020 ballot. The assault-weapons issue has long been controversial, but Florida lawmakers have repeatedly rejected calls from gun-control activists to impose a ban. The ballot proposal would define assault weapons as “semiautomatic rifles and shotguns capable of holding more than 10 rounds of ammunition at once, either in fixed or detachable magazine, or any other ammunition-feeding device.” (Thursday, 10 a.m., 117 Knott Building, the Capitol.)

BOWLES TO BE EXECUTED: Death Row inmate Gary Ray Bowles is scheduled to be executed in the November 1994 murder of Walter Hinton in a Jacksonville mobile home. Bowles also is serving life sentences in the 1994 murders of John Roberts in Volusia County and Albert Morris in Nassau County. A death warrant signed in June by Gov. Ron DeSantis, however, is for the murder of Hinton. Court documents said Bowles brutally killed Hinton during a robbery. A memorandum released by the governor's office said Bowles also confessed to murdering men in Georgia and Maryland and that evidence suggested he targeted gay men. (Thursday, 6 p.m., Florida State Prison, 23916 N.W. 83rd Ave., Raiford.)

PRIMARY ELECTIONS PROPOSAL EYED: The Financial Impact Estimating Conference will discuss potential financial impacts of a proposed constitutional amendment that would revamp state primary elections. The political committee All Voters Vote is seeking to put the proposal on the November 2020 ballot.  Under the proposal, all registered voters would be able to cast ballots in primaries, regardless of political affiliation. The two candidates getting the most votes in each primary would advance to the general election. (Friday, 1:30 p.m., 117 Knott Building, the Capitol.)