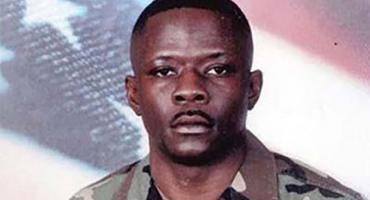 The bipartisan letter sent to Defense Secretary Mark Esper and Secretary of the Army Ryan McCarthy cited SFC Cashe’s extraordinary heroism and self-sacrifice as the basis for Cashe’s Silver Star to be upgraded to the Medal of Honor, the highest award for military valor.

The three members sent the letter on the 14th anniversary of Cashe’s heroic actions in Iraq, which resulted in his death.

The Department of Defense is conducting a review of valor medals that were awarded in conflicts occurring after Sept. 11, 2001 and multiple medals have been upgraded as a result of this review.

“We write to respectfully request that you carefully consider the case of Sgt. First Class Alwyn Crendall Cashe, who earned the Silver Star for his actions in Iraq on Oct. 17, 2005. SFC Cashe saved the lives of multiple soldiers but suffered severe burns in the process and ultimately died from those burns. SFC Cashe has become something of a legend in military circles, the object of profound respect and even reverence,” wrote Waltz, Crenshaw and Murphy in their letter.

In 2005, while deployed to Iraq, SFC Cashe saved multiple soldiers after their fighting vehicle hit an improvised explosive device and caught fire. SFC Cashe returned to the burning vehicle again and again to pull his soldiers out of the flames, all while he himself was on fire and exposed to incoming enemy gunfire. The action cost him his life.

Crenshaw and Waltz together offered a successful floor amendment to the Fiscal 2020 National Defense Authorization Act this year. expressing their support for SFC Cashe’s Silver Star to be upgraded to the Medal of Honor.

“Each of us was deeply moved upon learning of SFC Cashe’s heroism. We believe that SFC Cashe has earned the highest award for military valor that our nation bestows, and we hope you will ensure that his case is scrutinized with the utmost care,” concluded the members.

The full text of the letter can be found by clicking here.