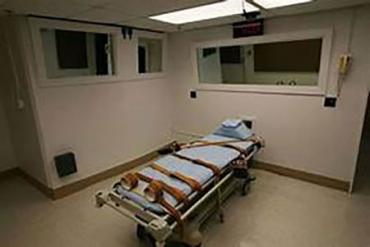 Long, 65, died at 6:55 p.m., becoming the 98th inmate executed since the death penalty was reinstated in Florida in 1976 --- and the first since Jose A. Jimenez was executed Dec. 13. Michelle Glady, a Department of Corrections spokeswoman, said the execution “took place without incident.”

Long was sentenced to death in the May 1984 murder of Michelle Simms after picking her up on Kennedy Boulevard in Tampa. In 1985. Long also pleaded guilty to seven additional first-degree murder charges and numerous charges for sexual batteries and kidnappings in the Tampa Bay region.

As DeSantis signed a death warrant last month for Long, his office released a grisly description of Simms’ death.

“On or about May 27, 1984, Long approached Simms, and she entered his car,” the description said. “Long drove Simms to a remote location, forced her to undress at knife point, and tied her to the car seat. Long then raped Simms and attempted to strangle her. When his attempts failed, he hit her head with a club and pushed her from the car. Long slit her throat and left her on the side of the road to die.”

After the death warrant was signed, Long’s attorney filed a series of appeals in state and federal courts to try to halt the execution. A petition filed at the Florida Supreme Court, for example, contended that Long should be spared from execution because of a “significant history of mental illness” and the constitutional ban on cruel and unusual punishment.

Bobby Joe Long
“Given his severe mental illness and in light of the evolving standards of decency, Long must be exempt from execution pursuant to the Eighth Amendment to the United States Constitution,” the petition said.

The Florida Supreme Court, however, rejected the arguments. This week, the Atlanta-based 11th U.S. Circuit Court of Appeals also turned down Long’s arguments, including that Florida’s lethal-injection procedure, which involves the use of three drugs, violates the ban on cruel and unusual punishment.

“He requested a roast beef sandwich, bacon, French fries and soda,” Glady said. “Mr. Long did not have any visitors.”

I'm not sure why no one's

Permalink Submitted by Ken Tunney on May 27, 2019 - 6:32pm
I'm not sure why no one's switching back to the gas chamber - using nitrogen instead of poison. 78% of the gas that we breath is nitrogen. For this reason, a human can't tell there's anything wrong with what they're breathing if it's pure nitrogen. They just lose consciousness and die due to lack of oxygen.

If a state is committed to