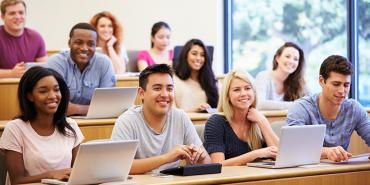 A bill to expand a statewide scholarship program for Florida college students sailed through the Florida Senate on Thursday.

SB 4, spearheaded by Sen. Bill Galvano, R-Bradenton, would expand the amount of financial aid and scholarship money Florida students could receive under the program, which began in 1997 and is expected to serve nearly 100,000 students this year.

The measure passed by a unanimous vote, with all 34 senators voting in favor of the bill.

As Galvano appealed to his fellow lawmakers to pass the bill, he emphasized Florida’s potential to rank among the best colleges and universities in the nation if lawmakers would only give students the opportunity to achieve that success.

“We as a state could have and should have the best universities in the nation,” he said. “We need to have a university system...that is worthy of the status that we continue to achieve in all different realms.”

Galvano’s proposal would secure full funding for the Academic Scholar award, the top tier of scholarships in the program. Receiving the top award for the scholarship requires students to have at least a 3.5 GPA as well as a score of 1290 on the SAT or a 29 on the ACT.

At least 41,000 students qualified for the top scholarship tier this year.

Funding would also be reinstated for the Bright Futures Medallion Scholar award, which awards 75 percent of tuition and fees for the fall and spring semesters.

A Florida Academic Scholar (FAS) or Florida Medallion Scholar (FMS) may receive funding for up to five years from high school graduation for a maximum of 120 semester hours (or equivalent) toward the completion of a certificate or a first baccalaureate degree.

Lawmakers had pushed for a permanent expansion of the program last year, but Gov. Rick Scott vetoed the idea last summer as part of a larger red stamp to Negron's higher education plan in 2017.

Scott advised lawmakers to advocate for a permanent expansion during this year’s legislative session.

Galvano said the measure would be especially helpful to ensure Florida college students graduate in a timely manner and would help lighten their financial loads. Thousands of college students are burdened by student loans upon graduation, some carrying six figures in debt as they graduate with their degrees.

“This is not the last step in continuing to move our higher education system to the level it could be, but this is a gigantic step in that direction,” Galvano said.

The legislation was part of Senate President Joe Negron’s push to improve Florida’s higher education system, as Negron has made state universities and colleges a top priority during his time as the head of that chamber.

Thank you now, our children

Permalink Submitted by Irene Renteria on March 21, 2018 - 9:06am
Thank you now, our children can afford to get a higher education.

Permalink Submitted by Michael Jacobs on January 13, 2018 - 5:50pm
Great News Take Stock recipients Remember to thank your senators..A shout out and congrats to my son Matthew Jacobs for his acceptence To UCF. ..

Permalink Submitted by Laura Miller on January 11, 2018 - 5:39pm
Wonderful news! A great, big THANK YOU to all of the men and women in the Senate.