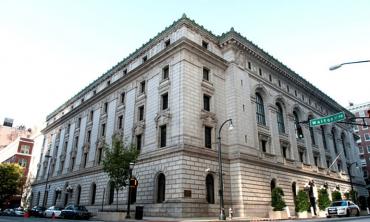 The Seminole Tribe of Florida has gone to a federal appeals court as part of a long-running legal dispute about whether the tribe should be shielded from state utility taxes on electricity used on reservation land.

Lawyers for the tribe last week filed a notice of appeal after a federal judge refused to reconsider his decision to dismiss a lawsuit filed by the Seminoles against the Florida Department of Revenue.

As is common, the notice of appeal does not detail the arguments that the tribe will make to the Atlanta-based 11th U.S. Circuit Court of Appeals. But U.S. District Judge Robert Scola dismissed the lawsuit because he said it essentially involved the same issues as an earlier case in which the appeals court rejected the tribe’s challenge to state utility taxes.

The legal dispute deals with issues such as tribal sovereignty and federal limits on the power of the state to impose taxes on tribal land. In the latest case, the Seminoles are seeking a ruling on the constitutionality of the state taxing electricity used for 14 types of activities on tribal land, including law enforcement, education, health care, agriculture and gaming.

“The defendant (Department of Revenue) imposes and collects the utilities tax on utilities services that the tribe uses to conduct activities on tribal land that it contends to be exclusively and pervasively regulated by federal law and/or to constitute the exercise of its sovereign functions or the ‘use’ of its tribal land, all in violation of the tribe's federal rights,” attorneys for the tribe wrote in a court document last year.

But Scola pointed to a 2015 ruling by the appeals court in dismissing the latest case. The 2015 ruling said that what is known as a state “gross receipts tax” on electricity is imposed on utility companies and not directly on customers. The tribe had argued that the tax dollars would come from the Seminoles for electricity used on tribal lands. As a result, the tribe argued it should not have to pay the state tax.

Scola wrote that the tribe was seeking the “same basic relief” in the latest case and that it should be precluded from moving forward.

“At their core, the essential facts in both cases are the same: The tribe uses utilities, including electricity, on its tribal land; Florida imposes a utilities tax on the utilities services provided to the tribe,” the judge wrote in dismissing the case.

But the tribe said in the filing last year that the legal issues in the cases are “entirely different,” at least in part because the latest case focuses on the 14 types of activities, rather than a broader question about the utility tax.

“In the prior case, the Eleventh Circuit held that federal law does not generally preempt the utilities tax on all utilities services used on tribal land as a matter of law simply because some of the services are used to conduct activities that are exclusively and pervasively regulated by federal law,” the filing said. “That holding is not an issue in the current case. In the current case, the tribe asked the court to determine whether the federal regulation of any or all of 14 specifically enumerated activities is exclusive and pervasive, such that federal law preempts the utilities tax on utilities services used to conduct those activities. The tribe also asked the court to determine whether any or all of those 14 specifically enumerated activities constitute the exercise of the tribe's sovereign functions or the ‘use’ of tribal land.”

"But "Kemosabe", you promised

Permalink Submitted by C Breeze on May 23, 2018 - 9:06am
"But "Kemosabe", you promised to always take care of "Tonto" and "Scout" !" "Yes "Tonto", but I never said there would be a "slot machine" in EVERY Teepee, with the electricity to keep them running.."