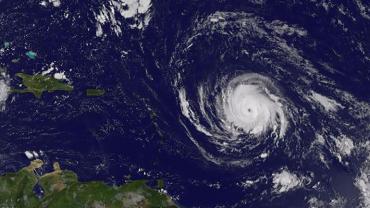 Although skeptics can argue about how much influence a governor may exert over Florida’s economy, Scott has been unabashed in taking credit for job growth since he was sworn into office in January 2011.

In his monthly jobs report last week, Scott cited more than 1.5 million jobs created in Florida since December 2010, including 167,000 private-sector jobs in the 12 months ending in March.

But as Scott prepares to formally qualify for the U.S. Senate race next week, a new federal report cast Florida in an unusual role, as the state with the most net job losses, at least for the third quarter of 2017.

“R’oh-r’oh,” a Democratic consultant tweeted. “This is not good news for @ScottforFlorida.”

But it turns out that predictions of an end to Florida’s job-growth surge may be premature.

Economists say the blip in Florida’s job growth is attributable to the impact of Hurricane Irma, although the fact that Florida and 26 other states showed net job losses in the third quarter of 2017 may also be a sign of an economy reaching full employment that would bring a natural slowdown in job growth.

The quarterly report on “business development dynamics” by the U.S. Bureau of Labor Statistics showed that for the first time since 2010, more jobs were lost in the national economy in the third quarter of 2017 than the number of jobs created.

But Sean Snaith, an economist at the University of Central Florida, said he did not see anything particularly alarming about Florida’s labor market in the report, which was issued Wednesday, given what happened to the state during that period.

Hurricane Irma, a Category 4 storm, struck the Florida Keys on Sept. 10, moving northward and impacting most of the state.

“You see something transpire that looks a little bit at first glance potentially troubling, but when you put some context around it, the reason for this third-quarter outcome is really just attributable to the outcome of Irma,” Snaith said about the new federal report.

“It was a double whammy because it hit in terms of both job gains and job losses in way that led itself to reverse the path that (Florida) had been on,” Snaith said.

The results of the quarterly report were foreshadowed by monthly jobs reports issued by the U.S. Department of Labor last fall. The reports showed a significant drop in Florida’s non-farm employment in September.

The adjusted figures showed those jobs dropped by about 167,000 to 8.4 million jobs in September, compared to August. But they climbed back another 180,000 jobs in October to a total of more than 8.6 million non-farm employment, according to the data.

“I think we’ll return to the trend where job gains are exceeding job losses,” Snaith said about the next federal quarterly report on business development dynamics.

But Snaith also said he expects the job-growth margin “to narrow somewhat” going forward, given that Florida is “in a pretty tight labor market now, maybe not at full employment but getting awful close.”

Florida’s unemployment rate has been at 3.9 percent since September, below the national average of 4.1 percent. State economists who advise the governor, lawmakers and other state officials consider an unemployment rate in the range of 4 percent to represent “full employment” in the state economy.

“The Florida economy is quite strong, and the labor market continues to do well,” Snaith said. “I don’t think there is anything to be alarmed about in terms of Florida’s labor market in this report.”

We can blame ANYTHING and