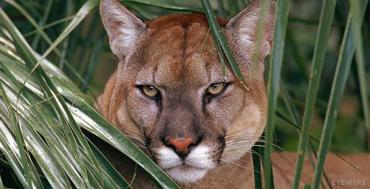 The Endangered Species Act (ESA) is the nation’s most popular and powerful environmental law. There has been much discussion (and disagreement) over whether the law is a success or failure. On the one hand, almost no protected species have gone extinct since the ESA was enacted. On the other hand, equally few species have fully recovered. In fact, less than 3 percent of protected species have achieved recovery.

So why have so few animals recovered under the ESA? Too little regard for property rights.

The ESA imposes burdensome regulations on property owners whose land provides habitat for rare species and threatens massive fines or criminal prosecution for many ordinary land-use activities. Instead of incentivizing landowners to help recover an endangered species, the ESA punishes them for accommodating species. According to scholars across the political spectrum, this encourages landowners to preemptively destroy habitat when we should be encouraging habitat restoration.

To understand how the ESA creates these perverse incentives, we must understand what happens when a species is listed under the Act.

Jonathan Wood
First, the government prohibits any “take” of the species. “Take” means doing almost anything that affects even a single animal or its habitat. This makes a species’ presence on one’s land a significant liability. Consequently, some landowners “shoot, shovel, and shut up”—eliminating rare species from their land before they can be discovered. Even when property owners don’t engage in such drastic behavior, many forbid biologists from accessing their land because the landowners are afraid of the punitive regulations that follow if a rare species is found. This can severely limit our knowledge of rare species.

Next, the Act designates a species’ “critical habitat,” triggering additional permitting requirements over already-heavy federal regulatory burdens. Government regulators can designate land as a critical habitat even if the species isn’t actually found there, penalizing the ownership of areas where animals could potentially be recovered. This too erodes property rights and creates anti-conservation incentives for landowners.

Finally, the government is supposed to delist at-risk species in the rare case of recovery. Yet this process has become heavily politicized, making delisting unnecessarily difficult. Instead, species linger on the list forever, even if the government admits their status should be upgraded. For example, the manatee took two lawsuits and a decade of foot-dragging before a federal agency followed its own scientists’ recommendation to upgrade the species’ status.

Even when government bureaucrats do the right thing and delist a recovered species, they are all but certain to be sued for doing so. In the case of the Yellowstone grizzly, for instance, proactive federal, state, tribal, and private recovery efforts increased the bear population from 136 bears to more than 700—the ecosystem’s likely carrying capacity. This recovery was a true bipartisan effort of local and state officials. The Obama administration originally recommended the Yellowstone’s delisting and the Trump Administration carried out the proposal. Collin O’Mara, president of the National Wildlife Federation, described the collaboration as “a true American conservation success story.”

Yet a lawsuit upended this Kumbaya moment and a court ordered the recovered animal back on the endangered species list. As a result, property rights remain restricted; states, conservationists, and landowners are deprived of any reward for their efforts; and resources that could go to recovering other wildlife populations were siphoned by litigation.

The regulations imposed on landowners have blocked them from building homes, harvesting timber, or doing countless other things on their own property. Take the example of PLF client Edward Poitevent, who owned 1,500 acres of land in Louisiana that became designated as critical habitat for a frog that didn’t—and couldn’t—live there. The government acknowledged that the designation could end up costing him as much as $34 million by jeopardizing plans to develop the land for housing while doing nothing to help the critically endangered frog.

The ESA even handcuffs people trying to help endangered species. For example, in Utah a PLF lawsuit temporarily struck down a harsh federal take prohibition for the Utah prairie dog. With federal regulation out of the way, the state crafted a better, successful plan to recover the species. Utah’s plan succeeded because it treated property owners as partners in conservation, rather than enemies to be regulated. Yet the government’s appeal of that lawsuit made further implementation of this successful plan a federal crime, until the federal agency finally acknowledged that the state had found a better way.

Fortunately, the U.S. Department of the Interior has proposed a reform in response to PLF petitions that would allow more species to benefit from win-win compromises like the Utah prairie dog. That reform would reserve burdensome “take” regulations as a last resort for the most endangered species, rather than automatically applying these prohibitions to all listed species (the prior policy—which has always been contrary to Congress’ original intent). This property-rights-friendly reform would incentivize landowners to help recover rare species by rewarding them with reduced regulations as a species’ prospects improve.

The ESA is a well-intentioned law that has fallen short by failing to account for incentives. If landowners restore habitat, they face more regulation, not less. If federal bureaucrats recover and delist species, they face litigation and political criticism, not praise.

Reforming the ESA to respect property rights would make rare wildlife an asset rather than a liability for landowners. Such reforms would unlock greater potential to recover rare species—an outcome we should all welcome.

Update: On Aug. 12, 2019, as a result of Pacific Legal Foundation's petitions, the Department of the Interior announced changes that will improve the way the Endangered Species Act is applied — changes that will benefit property owners and species. Interior’s new rules terminate an illegal and counterproductive rule that complicated the recovery of endangered species, change the way that critical habitat designations are reviewed, and improve inter-agency permitting consultations.

Jonathan Wood is a staff Attorney in PLF's Environmental Law Practice Group. His litigation focuses on the federal Endangered Species Act and other administrative law issues. He was the lead attorney in People for the Ethical Treatment of Property Owners v. U.S. Fish & Wildlife Service, the first case to strike down federal regulation under the Endangered Species Act as exceeding federal power under the Commerce Clause.

Permalink Submitted by Jeannette Dorfman on August 28, 2019 - 8:53am
https://www.forbes.com/sites/kevinanderton/2018/04/23/after-45-years-the-endangered-species-act-continues-to-make-progress-infographic/amp/ Highly inaccurate article. Where are all the references? That's 1L - Bluebook 101.

Democrats have figured out

Permalink Submitted by Frances Jones on August 19, 2019 - 3:39pm
Democrats have figured out that they can use ecology to attack our economy to help bring about the economic crash that they need to be able to install a communist dictatorship.

Permalink Submitted by DumpTrump2020 on August 19, 2019 - 11:34am
Just de-regulate everything! Chaos, mayhem, and bedlam will be a welcome relief to the order and stability that the regulations have provided! Stay tough, Republicans! DE-REGULATE!

Permalink Submitted by Ocean Joe on August 18, 2019 - 9:03am
When they built I-95, the road was moved up in Brevard County to save an eagle's nest. That's when Florida's leaders cared more about our wildlife and our environment than filling a developer's pockets. Rollbacks of environmental protections of wildlife, air, water, forests ignores the history that required them. Cant understand why the Republican party, whose leaders helped pass these laws are silent as Trump and big business dismantles them....unless maybe it's all about the money, as usual.

It's a shame the twin

Time to put politicians on

Permalink Submitted by Anonymous on August 17, 2019 - 11:11am
Time to put politicians on the list

right on the target. I

Permalink Submitted by JohnDome on August 17, 2019 - 9:28am
right on the target. I believe the nominee to head the USFWS as its Director, Ms. Aurelia Skipwith will effectively balance the competing demands. see: https://www.doi.gov/pressreleases/secretary-bernhardt-applauds-nomination-aurelia-skipwith-be-director-us-fish-and