Controlling the public narrative is the most important tool of propaganda. And after the horrendous Florida school massacre, the public narrative in the mainstream media and "correct" political circles has been to portray guns as the villain, and to call for more restrictive gun-control laws. It is all so predictable.

And so tragically wrong-headed. From what we already know about the situation, the gun-control laws under consideration would not have stopped this massacre. What we have here is the total failure of government at all levels, as well as associated agencies that work with them, to protect the students. Instead of guns, look at the failures of the FBI, the Obama Justice Department, state and local laws governing education, local school officials, local law enforcement, and local juvenile rehabilitation agencies.

Some of these failures were due to deep corruption, others to unintended consequences of well-meaning but deficient "reforms." This is what Congress at the national level, legislatures at the state level, and local governmental, police, and civic entities should be investigating. Elected conservatives and grass-roots conservatives -- you -- must be part of this conversation.

Nikolas Cruz, the 19-year-old who has confessed to killing 14 students and 3 faculty members at Marjory Stoneman Douglas High School was no stranger to any of the local authorities. Excellent reporting by the Miami Herald (see here and here), which managed to obtain school disciplinary reports, reveals that Cruz engaged in disrupting class, unruly behavior, insulting or profane language, fighting, and an assault on Jan. 19, 2017, that resulted in a referral for a "threat assessment." 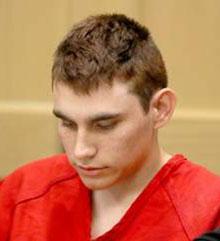 Cruz brought a backpack with bullets to school, which got him banned from bringing a backpack to school in the future. He told a fellow student, "I'm going to go there [the high school] and shoot it up." Local police made at least 18 visits to the Cruz home because of his actions, including holding a gun to a relative's head.

Last November the police got a tip that Cruz "could be a school shooter in the making," but deputies did not even write up a report on that warning. And the FBI has admitted that it received at least two tips, one warning that Cruz was a possible violent threat. But the Florida Department of Children and Families determined that Cruz was not a threat to himself or others at the time of their investigation because he was in therapy.

We citizens are admonished, "If you see something, say something." But what if the authorities then do nothing about our warnings?

Indeed, looking at Cruz's record, what does it take today to get a student expelled? According to the Miami Herald, "Contrary to early reports, Cruz was never expelled from Broward schools. Legally, he couldn't be . . . Under federal law, Nikolas Cruz had a right to a ‘free and appropriate' education at a public school near him . . . . In general, school districts are required to provide kids with physical, emotional or intellectual disabilities a free education in the ‘least restrictive' setting ..."

As a result, the Broward County school district -- sixth largest in the nation, with over 265,000 students -- expelled only eight students between 2010 and 2014. And apparently those eight were expelled only because they refused to go to one of those remedial school programs.

That "least restrictive" setting, in Broward County, consisted of stints lasting three to 10 days in an alternative school seeking to modify their behavior in that short period. Obviously, it didn't work with Nikolas Cruz.

This Assault on Discipline Was Planned

You can almost feel sorry for school authorities, hindered from expelling violent students by federal and local laws -- until you learn that they were willing and active participants in a scheme to put such a program into being.

The website Conservative Treehouse and its Twitter thread reported how the school district to Broward's south, Miami-Dade County, learned how to collect federal and state aid (taxpayer funded, of course) by reducing juvenile arrests -- instead, placing these miscreants in those alternative schools, for example, or just issuing them a citation (compared to "a traffic ticket"). This was a priority program promoted by the Obama Justice Department. 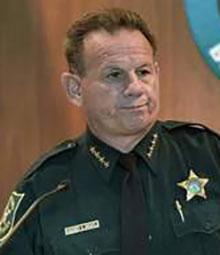 Broward authorities figured they could collect these rewards too, and soon became the Obama Administration's national poster boy for reducing school arrests. In 2011, Broward had the most juvenile arrests in the state, with 9,034, but by 2015 this was cut to 4,777.

Of course, the drop in arrests is not necessarily due to a drop in crime. But it looks good on paper. School Superintendent Robert Runcie, who had been imported from the Chicago public school district (surprise!), was a hero. In 2015 he was invited by the Obama White House to address a school discipline conference and explain his success. And the next year he was named Florida's Superintendent of the Year.

But that was before Nikolas Cruz demonstrated the dark side of a policy of total permissiveness.

Worst of all: The Broward Sheriff's Department

But if you think the school authorities were derelict in their duties, I've saved the worst for last.

The nation is now familiar with how a Broward sheriff's deputy hid outside the school building while Cruz shot students and teachers for four long minutes, and how three other deputies hid behind their cars rather than rushing inside to confront the shooter. It was a shameful disgrace to good cops in the Broward force and around the nation.

But back to Conservative Treehouse for information they gathered partially through Freedom of Information Act (FOIA) requests:

"Well, it didn't take long for criminal gangs in Broward and Miami-Dade to realize the benefit of using students for their criminal activities. After all, the kids would be let go ... so organized crime became easier to get away with if they enlisted high-school kids.

"As criminals became more adept at the timing within the offices of the officials, they timed their biggest crimes to happen after the monthly maximum arrest quota was made ...

"Again, over time, the most corrupt police officers within the system became the police inside the schools. These officers were those who are best skilled at identifying the political objectives and instructions."

These accusations need to be verified by Congress and/or state and local investigators, of course, but are they up to that task, against certain opposition from the politically correct forces?

Broward County voters have an opportunity this year to bring Sheriff Scott Israel to account, as he is up for reelection. Even before the school massacre, he was under heavy attack for putting political cronies on staff for "outreach" (read: public relations for Israel). According to the Fort Lauderdale Sun-Sentinel, "A log of employees hired by the sheriff shows 10 workers were hired since 2013 into ‘outreach' roles, their salaries totaling $634,479."

Israel has cited the issuing of thousands of civil citations -- rather than arrests -- for juveniles as a sign of his success as sheriff. But that was before Nikolas Cruz.

One of his well-worn sayings of bravado as a candidate is, "Lions don't care about the opinions of sheep." But this may be the year the Broward sheep rebel.

The Liberal Response to All This: Blame Guns

The horrendous example of the Florida school massacre shows malfeasance by government authorities and agencies from the federal to the local level, all according to the politically correct playbook. Decreasing the juvenile arrest rate is a worthy goal, but not at the expense of common sense and a total abandonment of school discipline, not to mention the police corruption that allowed all this to happen. The crime wasn't that Nikolas Cruz used a gun (rather than, say, a bomb), but rather that he was not stopped despite dozens of incidents demonstrating that he was a danger to public safety.

The Florida school massacre is a poster board for political correctness run amok.

Once again, the liberals have proven they are incapable of reason or common sense on this topic. It is up to conservatives -- the Trump Administration, the Republican-dominated Congress, and (most important) the grassroots, you -- to supply that reason and common sense.

Richard A. Viguerie, called "the godfather of the conservative movement," is chairman of FedUp PAC. The PAC has announced it will be involved in some 50 2018 GOP primaries, promoting limited government, Constitutional conservatives, and opposing RINO/liberal Republicans

It couldn't have been more

Permalink Submitted by Vi on March 8, 2018 - 8:48pm
It couldn't have been more obvious that Cruz was going to shoot up a school if he had warn a flashing neon sigh.

good to see a level headed

Permalink Submitted by army op's vet on March 8, 2018 - 3:35pm
good to see a level headed Columnist reporting FACTS ...& not screaming Gun Control...when it's PC & a worthless Sheriff with Politics on his Mind & not safety of Children &Adults....Hoorah for you Sir