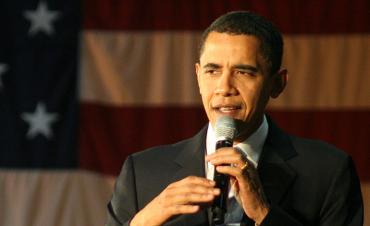 President Barack Obama is ready to lend a helping hand to state elections come 2018, pledging to focus on 11 states -- including Florida -- to try and put more Democrats in office later this year.

Earlier this week, the Obama-backed National Democratic Redistricting Committee announced it would be honing in on 12 states, including 9 gubernatorial races, 20 legislative chambers, two ballot initiatives, and two down-ballot races.

The NDRC selected Florida as one of its targets, vowing to step in on the gubernatorial race and the Florida Senate.

Both races are potential pickups for the Democratic Party in the Sunshine State, which has been dominated by Republicans for the last two decades.

The committee added the 2018 elections will be critical because this year will be the first election cycle where the officials elected will serve during the redistricting process in 2021.

“Gerrymandering contributes to the political polarization and dysfunction in this country and is a threat to our democracy,” said NDRC chairman and former Attorney General Eric Holder. “By focusing on these state and local races, we can ensure Democrats who will fight for fairness have a seat at the table when new maps are drawn in 2021.”

The NDRC pledged to invest both time and resources in these races and said it would also focus on getting younger voters and minority voters to the polls.

According to the Brookings Institution, 50 percent of millennials turned out to the polls in 2016, nearly the same percentage as 2012 but down from 52 percent in 2008.

Youth voters tend to vote more liberally and 55 percent of youth voters cast their ballots for Democratic presidential nominee Hillary Clinton in 2016, while only 37 percent cast their votes for President Donald Trump.

Democrats, too, have seen losses of their own in the state Senate. Jeff Clemens resigned last year following reports of an extramarital affair with a Tallahassee lobbyist, but that seat is unlikely to switch parties.

Republicans still hold a strong majority in the Florida House of Representatives and are ahead in the money chase for the governor's race. Republican candidate Adam Putnam is leading the money chase overall, raising over $16 million for his bid, though other candidates -- on both sides -- are beginning to closely nip at his heels.

I thought Anthony Wiener and

Permalink Submitted by C Breeze on February 10, 2018 - 2:48pm
I thought Anthony Wiener and Eric Holder were going to run for something, as a team (I wanted a campaign lawn sign: "Wiener-Holder")

Permalink Submitted by C Breeze on February 10, 2018 - 2:45pm
Looks like Ron DeSantis and "Opie" Putnam are the ONLY CHOICES ! Endorsement by the former niggler (LOOK IT UP !!!) is "The Kiss of Death" for EVERYTHING Obama "touches"... !

C Breeze has made numerous

Permalink Submitted by Anonymous on February 13, 2018 - 3:11pm
C Breeze has made numerous thinly veiled racist comments in his posts. There is only one reason to use a term like niggler in this context.

Perhaps you should look up

Permalink Submitted by Umm on February 13, 2018 - 11:17am
Perhaps you should look up the urban definition of the term niggler!!!

Yes, and of course the

Permalink Submitted by Timmy Raines on February 21, 2018 - 9:02pm
First black president, whom, might that be? The US has not elected it's first black president. If you are referring to Obama, he is bi-racial, his mother was as white as the Kansas snow!

I can't believe you eat with

Is that the same dude (Barry

Permalink Submitted by Tampaguy on February 10, 2018 - 12:32pm
Is that the same dude (Barry Soetoro) that's screwed up America for DIRECT problems, and left with an even LONGER garbage after he left? If so, Screw 'em.