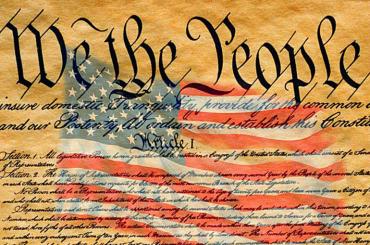 The Center for Constitutional Values doesn't make the big headlines in Martin County. Those belong to blue-green algae and public records violations. But, trust me, this nonprofit, whose simple mission is to promote the community's understanding of the United States Constitution, is something very special.

A quote from Founding Father James Madison, 4th president of the United States, serves as a kind of motto for the Center: "A well-instructed people alone can be permanently a free people."

I've not seen another county of Martin's size in any state, let alone Florida, produce such an important citizenship resource for young people, in fact for all people.

It ought to be branded, packaged and copied across the nation.

The Center for Constitutional Values was the brainchild of attorney Caroline Philipbar, who "saw it as vital to prepare young people to make decisions that will affect the future of our nation," fellow CCV board member Mike Stetson told me. Philipbar has spent many of her retirement years working with philanthropic causes.

The Center's vehicle for success is its robust presence in the local school system and  scholarships awarded to local high school students who demonstrate an understanding of, and appreciation for, the United States Constitution.

In a few short years it has quietly become a part of the culture in Martin County.

The Center for Constitutional Values and Martin County Schools are already a well-oiled machine. A real partnership. All four of the local high schools target American government students, particularly the seniors, encouraging them to exercise their constitutional right to vote, but more -- they prepare them to fight for a scholarship by participation in a popular, highly competitive debate testing their constitutional literacy.

Through the Center for Constitutional Values, the leadership of its board chair, Kate Boland, and the generosity of the nonprofits' members, the prize for seniors at each high school are scholarships totaling $1,500 per school.

In a 2017 TCPalm oped column, Mark C. Malham, coordinator of social studies and special projects for the Martin County School District, explained what students have to do to compete for the scholarships:

"Through a three-phased process," Malham said, "district staff and Center for Constitutional Values members collaborate with social studies teachers (at all four high schools) to engage students in demonstrating their knowledge, understanding and application of the United States Constitution as it relates to today’s challenges."

Students are tested on content from their standards-based curriculum that addresses five areas:

After that, there are three phases to find the winners. The first involves selecting eight to 10 students from each school through the internal tests.

"In the second phase," Malham writes, "we host an assembly at each school that affords the student body, and the semifinalists’ parents, the opportunity to observe the semifinalists compete in an online game that measures their speed and accuracy. The online game consists of 25 to 35 multiple-choice and true/false questions based upon the content outlined above. Each winner for each semester at each school receives a $250 scholarship."

The stakes are raised during the third phase, Malham says, because finalists now are competing for a $1,000-per-school scholarship. The eight finalists (two per school) undergo oral-arguments before a three-judge panel generally of local judges. Everybody is engaged: students, parents, public officials -- it's a very big deal.

I wanted to talk about The Center for Constitutional Values now because of the quality program it's offering Friday, April 27, for its final luncheon of the season. The Center will feature Mark Miller as headline speaker. The event is set for Piper's Landing Yacht & Country Club.

Luncheon attendees will get a treat. Miller said he plans to discuss the recent First Amendment case of J.P. Krause, a Vero Beach high school student on the verge of winning the senior class president election. After Krause gave an impromptu campaign speech in his U.S. history class -- with his teacher’s permission -- and later won the election, the principal disqualified him from taking office because his speech allegedly “humiliated” the second-place finisher, in violation of the district’s anti-harassment policy.

Miller represented Krause and his mother -- without charge, as always -- informed the school district by letter that its actions violated the First Amendment and the district quickly reversed course, reinstating the young man as senior class president.

Miller will serve as lead counsel representing a number of clients in a major property rights case before the U.S. Supreme Court, Weyerhaeuser v. U.S. Fish and Wildlife, dealing with abuse of the Endangered Species Act.

Board member Stetson, a member of the ad hoc committee that helped write the original Martin County Comprehensive Plan, told me he believes the Center has elevated the community's understanding of the Constitution and what it means for our democratic republic.

Now, he said, when he quotes Thomas Jefferson on the need for enlightenment about our form of government, more people listen and want to talk about it. “The Center doesn't scream at anybody," he told me, "but in its low-key way, it's having an impact. We're very proud of it."

This is an exceptional

Permalink Submitted by Mike Hill on April 27, 2018 - 10:27am
This is an exceptional program and should be replicated across the state and the nation.

Thanks Nancy, a terrific

Permalink Submitted by Sherry Plymale on April 27, 2018 - 8:33am
Thanks Nancy, a terrific organization that does important work.

Hopefully we see more of this