Marijuana Legalizaton Could Be Key Issue for Democrats 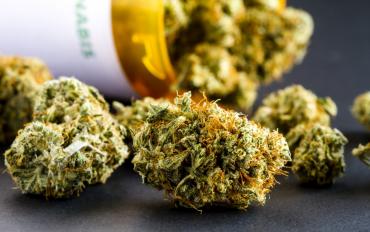 Three of the state’s top Democratic candidates for governor support legalization of recreational marijuana, and the fourth backs decriminalizing pot for personal use, showing near-consensus on an issue political rainmaker John Morgan said could determine the outcome of the August primary.

Former Congresswoman Gwen Graham, meanwhile, has endorsed a plan to decriminalize marijuana for personal use, saying she doesn’t believe people should be locked up for possessing small amounts of pot.

“A Democrat who doesn’t call for the full legalization of marijuana I do not believe can win the Democratic primary,” Morgan told The News Service of Florida this week.

In a Medium post on May 21, Gillum pledged to “inject new revenue into the state budget by legalizing and taxing recreational marijuana” if elected governor, predicting legalization could generate up to $1 billion in new revenue.

And legalizing pot will help undo the “over-criminalization of young people,” Gillum said during a debate between the candidates in April.

“We’ve got to end this prison-industrial complex that is being built all around a plant and a seed that, quite frankly, provides much more redemptive use than it does harmful,” he said.

If the Legislature doesn’t take up the issue, Levine “wants to put the weight of the governor’s office behind a constitutional amendment and let the people decide,” Ulvert said.

As mayor, Levine supported decriminalization in 2015 when Miami Beach commissioners unanimously approved an ordinance that allowed police to issue $100 fines for people caught with less than 20 grams of marijuana. The city ordinance mirrored one passed by Miami-Dade County.

King has made legalization of pot a key element of his criminal-justice package and, like Gillum, wants to use the tax revenue to boost state coffers.

“Florida should legalize and regulate marijuana to end the practice of overcriminalization predominantly affecting communities of color and tax it to invest in programs that reverse the school-to-prison pipeline,” King said in an email.

King used the issue to jab his opponents: “Florida needs bold, progressive leadership and half-measures from conventional politicians such as ‘decriminalization’ or ‘following the will of voters’ are answers straight from the political establishment playbook.”

Graham, who has been criticized by some Democrats for being too conservative during her two-year stint in Congress, is the only candidate to stop short of endorsing flat-out legalization. Some states, counties and cities have used decriminalization as a way to allow people to get citations for possessing small amounts of pot, removing the possibility that they will be arrested on criminal charges.

Graham included decriminalization of personal possession of marijuana in a criminal-justice reform package released Thursday. She also wants to reduce sentences for nonviolent drug possession and called for a review of all mandatory- minimum sentencing laws.

“Florida should embrace the principle that no young person should go to jail or have their lives ruined over an incident of marijuana use --- we can and should decriminalize," she said in a statement last year.

But Morgan said the only way “people won’t be arrested, detained, ticketed or stopped” is the full legalization of marijuana.

“Gwen is playing a general election game assuming that she’s going to be the nominee, and that is the most dangerous game a politician can play, because it reeks of arrogance and it assumes that the Democratic Party is going to give her a pass on an issue they’re passionate about,” he said. “I would never vote for her in a million years with that position. And I think I speak for almost 100 percent of the Democratic Party. It’s an outrage.”

For Democratic primary voters, opposing flat-out legalization of marijuana is on the same scale as being against same-sex marriage, according to Morgan.

“You’re dead. You’re DOA,” said Morgan, who toyed with running for governor but has abandoned the idea in favor of pursuing a constitutional amendment that would raise the minimum wage.

Morgan is embroiled in a bitter legal fight with the Scott administration over a state law prohibiting the smoking of medical marijuana. Siding with Morgan and other plaintiffs, a Tallahassee judge last week found the smoking ban --- included in a state law passed last year to implement the 2016 constitutional amendment --- ran afoul of the Constitution.

Morgan this week called on Scott to drop the appeal, warning it could hurt the Republican governor in his effort to unseat incumbent U.S. Sen. Bill Nelson.

All four Democratic gubernatorial hopefuls said they support allowing patients to smoke medical marijuana, if their doctors order it.

Where the candidates stand on recreational pot will affect the outcome of the Democratic gubernatorial primary and the Senate race, Morgan predicted, pointing out that more than 71 percent of voters supported the amendment legalizing medical marijuana.

But unlike the nearly $7 million of his own money he spent to legalize medical marijuana, Morgan said he’s not going to underwrite any attempts to make pot an issue in this year’s campaigns.

“I’m not going to unfold my wallet. I’m unfolding my wallet to raise the minimum wage to $15 an hour,” he said, referring to a citizens’ initiative he hopes to put on the 2020 ballot. “But I am going to unfold my megaphone, and I don’t need money to do that. People listen to what I say.”

Permalink Submitted by Dean Franklin on June 2, 2018 - 10:03am
Scott and Bondi need to quit using our tax dollars to fight against Medical Cannabis. Seems like the only way to solve their fighting against cannabis and Bax' determination to slow the program is to support full legalization.

Permalink Submitted by Dean Franklin on June 2, 2018 - 10:00am
Scott and Bondi need to quit using our tax dollars to fight against Medical Cannabis. Seems like the only way to solve their fighting against cannabis and Bax' determination to slow the program is to support full legalization.

It's odd that all four of

Permalink Submitted by Bill on June 1, 2018 - 1:59pm
It's odd that all four of them democrats are against the NRA. Is this a democrats party line? Looks like it's going to get messy. Whatever happened to Adrien Wyllie?