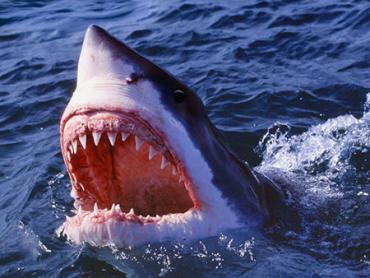 U.S. Sen. Marco Rubio, R-Fla., has brought back his proposal for the U.S. Commerce Department to increase regulation on the international shark trade.

The bill “would require any country that seeks to export shark, ray, and skate to the US to first demonstrate it has a system of science-based management to prevent overfishing and a prohibition on the practice of shark finning" and ensure other nations “must also receive certification from the National Oceanic and Atmospheric Administration that its fisheries management policies are on par with US practices” and modifies the High Seas Driftnet Fishing Moratorium Protection Act. Marco Rubio
“U.S. shark populations are growing because of years of sustainable management, benefiting ocean ecosystems, as well as coastal economies via fishing, trade, and tourism,” Rubio said. “My bill would extend successful U.S. shark conservation and humane harvesting standards to our global trading partners, helping to protect international shark populations as well. In doing so, we can save millions of sharks from being finned at sea, and preserve the livelihoods of commercial fishermen in Florida and throughout the U.S. who continue to fish in accordance with strong federal and state fisheries management laws.”

“Our nation is a leader in sustainable fisheries management. While the practice of shark finning is already banned in U.S. waters, America does have a small population of fishermen who legally harvest whole sharks for their meat, oil, and other products. To address the global problem of shark finning, it is important for us to set an example for other nations by requiring their shark fisheries to be sustainably managed,” said Murkowski. “This legislation sets a strong policy example for other nations that wish to prevent shark finning in their waters, while protecting the rights of American fisherman that operate in legal and well-regulated shark fisheries, and supporting the efforts of shark conservationists. By supporting other nations as they work to eradicate the cruel practice of shark finning, we can find solutions to protect our fisheries, our communities, and marine ecosystems worldwide.”

The issue is not a new one for Rubio who brought out the proposal last April.

Towards the end of February, U.S. Rep. Dan Webster, R-Fla., brought back the House version of the bill which is being backed by cosponsors from both sides of the aisle including fellow Florida Republican U.S. Reps. Gus Bilirakis, Matt Gaetz and Ted Yoho.

"As a Floridian and member of the House Natural Resources Committee, responsible oversight of our nation’s wildlife, environment, and fishing industry is one of my priorities," Webster said when he unveiled the proposal. "American fishermen have made sacrifices to rebuild and sustain our shark populations. In the United States, we hold high standards for conservation and fishery management."

“By holding imports to the same standards that domestic fisheries already meet, this bipartisan legislation levels the playing field for our fishermen and helps maintain vibrant and economically-viable fishing communities, both on U.S. shores and around the world,” Webster’s office insisted.

Webster also reeled in the support of a number of different groups.

U.S. Sen. Cory Booker, D-NJ, has offered a proposal banning the sale of shark fins which cleared the U.S. Senate Committee last week. Policy experts tell Sunshine State News that Booker’s proposal would hurt Florida’s fishing industry while not actually addressing the problem which is from Asian nations that are overfishing on sharks to cut off their fins, something that is illegal in Florida and American waters. One fishing policy expert told Sunshine State News that if Booker’s proposal passes and the U.S. decides to stop the export of shark fins, other nations with lower standards will simply fill the vacuum while Rubio’s bill could force other national to raise their standards.

Sharks are predators that

Permalink Submitted by Karen on June 21, 2019 - 4:09pm
Sharks are predators that kill,maim,devour adults and children alive and cause long term sorrow for entire familles.its about time we got our priorities right.

Sharks are predators that

Permalink Submitted by Karen on June 21, 2019 - 4:09pm
Sharks are predators that kill,maim,devour adults and children alive and cause long term sorrow for entire familles.its about time we got our priorities right.

Sen.Cory Booker needs to do

Permalink Submitted by David A.Downes on April 17, 2019 - 9:44pm
Sen.Cory Booker needs to do his homework before he makes any proposals conserning the Marine environment. If he had he would know that our Commercial Fisheries operate under the most regulated and sustainable fisheries management on this Planet.The rest of the World should follow suit and look at the sacrifices and willingness of our fishermen to truly make a healthy and sustainable fishery for all.

Why on earth is there a

Permalink Submitted by anonomiss on April 10, 2019 - 5:38pm
Why on earth is there a picture of a great white shark for this article. Extremely rare along the Florid coasts. Good grief. More fear mongering. No wonder people have a false understanding of sharks. If you live in FL and love our fish this is important.

Narry a mention of the poor

Permalink Submitted by Glen Folkard on April 8, 2019 - 5:12pm
Narry a mention of the poor Humans mutilated by these overpopulated fish.

Permalink Submitted by anonomiss on April 10, 2019 - 5:35pm
Seriously? Grouper frequently coming after you? Take a moment to read up on sharks and their impact to humans - and vice versa. Wow.

Will Rubio ever get

Permalink Submitted by VoteDem2020 on April 8, 2019 - 11:15am
Will Rubio ever get productively involved with something that actually directly benefits the populace of this state!

The ability for your State's

Permalink Submitted by David A.Downes on April 17, 2019 - 9:50pm
The ability for your State's fishermen to earn a living does indeed add to the productivity of your States.