Looting by Lawsuit: WSJ Asks the Florida Senate to Come to Its Senses 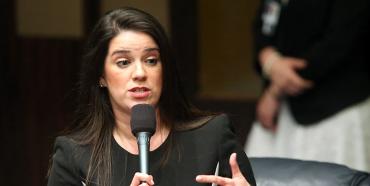 The scheme is, of course, assignment of benefit (AOB) abuse -- for six straight legislative sessions one of the hottest issues on the Florida insurance agenda.

AOB is a practice whereby lawyers and contractors convince homeowners to sign over their right to sue insurers for certain kinds of home damage -- water and roofing, for example. Insurers typically settle these claims to avoid protracted and expensive court battles, and thanks to Florida law, they’re on the hook for attorneys' fees, too.

Evidence of abuse is overwhelming in the Sunshine State. More than 28,000 AOB lawsuits were filed in 2016, up from 405 a decade earlier. What that does is raise costs for both insurers and the insured.

Why Republicans not named Anitere Flores aren't able to do something about it in spite of the Insurance Committee chair clearly blows Journal editors' minds.

"Florida's House of Representatives passed the measure this month 82-20, which shows that at least some Republicans will fight the jackpot-justice lobby," the Journal said in its stinging Monday editorial. Panama City Republican Jay Trumbull's bill would change how court damages are calculated and reduce the incentive to file frivolous AOB lawsuits.

Consider this: State regulators estimate residents in Miami-Dade County (where Flores lives) insuring a $150,000 home could see premiums rise more than 40 percent by 2022, "thanks to this man-made litigation flood."

Last year Flores (a lawyer), with fellow Republican and Senate President Joe Negron (another lawyer) backing her up, refused to allow a Dorothy Hukill-Kathleen Passidomo reform bill onto her committee’s agenda.

That literally killed AOB reform for the legislative session.

When the Journal tried to ask for further explanation, Flores never returned the paper's phone calls. No wonder, says the editorial: "She placed two bills on her committee’s agenda sponsored by Democrat Gary Farmer, who used to run Florida’s trial-bar lobby."

This year's WSJ editorial is because Flores is "doing it again."

Brushing aside real reform legislation, she "has been happy to consider a bill by Sarasota's Greg Steube that would forbid insurance companies from including litigation costs in rates and limit their ability to deny claims because of fraud. AOB fraud would skyrocket.

Flores said this month that Steube's measure 'is not a bill the insurance industry loves,' but the issue is whether they can operate profitably in the state."

Journal editors, who coined the phrase "looting by lawsuit," fear for our state -- for which they have the thanks of many. Low taxes or not, Florida will never be the move-to mecca it could be while lawyers in the Legislature who should know better coddle a protection racket.

this hooker is out of control

The reality lawyers own and

Permalink Submitted by Tim Ho on January 24, 2018 - 5:15pm
The reality lawyers own and control Florida is obvious when the very first billboard travelers see upon entering Florida on I-95 is /was of a big attorney firm with counsel 'call us first - if you have an accident - don't talk to your insurance company'. I know of no other state that has 'run up the costs' law that nothing a law enforcement official sees or hears at the scene of an automobile accident is admissible as proof of fact - the police report is apparently used as a 'go to' for ambulance chasing attorney's "investigators". Most legal systems have a "best evidence' rule / concept yet Florida's vehicle accident "investigation" system appears designed for "best profit for lawyers!".

she's too busy, and

The best path is to modify

Permalink Submitted by A True Conservative on January 24, 2018 - 1:11pm
The best path is to modify the rules so that individuals do not get harmed. Not sure that I have seen any evidence that individuals are being harmed except for anecdotal facts regarding insurance premiums increasing... Don't take away options, make the options secure!

Of course! Both, Flores and

Permalink Submitted by BobH on January 24, 2018 - 9:23am
Of course! Both, Flores and Negron are lawyers. Fleecers, as I like to refer to them. We should ban lawyers from running for political office. These two could care less, about any resident of this state. Do they realize how much corporate business will shy away from moving here because of this stupid AOL. Come on you two, lets get Florida a premier state to live in.

It’s time for Mr. Negron to

Permalink Submitted by John on January 24, 2018 - 9:18am
It’s time for Mr. Negron to take action. This Senator should not be a committe chair much less President Pro Tempore. Time to clean the swamp.

I think that the likes of

Permalink Submitted by RepublicanConscience on January 24, 2018 - 6:52am
I think that the likes of John Morgan, of Morgan and Morgan need to be put on a short leash. They are out of control just like the ACLU is out of control. The Legislature needs to get real with decency. Listen to the WSJ, fix it!