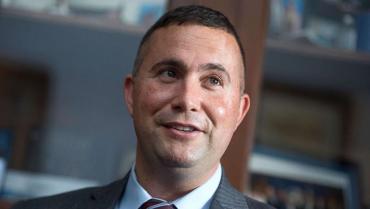 Soto introduced his proposal back in December and it was backed by the U.S. House Natural Resources Committee last week.

“Moreover, the bill clarifies that there is no language in the Shark Conservation Act (SCA) of 2010 that alters existing authority of the Secretary of Commerce to manage Atlantic highly migratory species under the Magnuson-Stevens Act,” Soto’s office added. “It also cleans up language in the SCA by removing an expired offset. The main goal of this fix is to ensure protection against shark finning.”

“We are proud this legislation unanimously passed out of the U.S. House of Representatives, a major step toward becoming law,” Soto said on Monday after the House backed his measure on voice vote. “Billfish, such as Marlins and Sailfish, are a fundamental component of recreational fishing in parts of Florida. Team Soto members, as most Floridians, are big Shark Week fans and passionate about our wildlife. We have to do our part to protect and save these regal animals. We are encouraged with the bipartisan support out of the full House and the House Natural Resources Committee’s Chairman Bishop and Ranking Member Grijalva.”

With the House backing Soto’s proposal, it now heads to the president as U.S. Sen. Bill Nelson, D-Fla., backed similar legislation which passed the Senate in October.