Gov. Jeb Bush was universally acclaimed for his steadfast leadership during the torrent of hurricanes that ravaged Florida during his terms in office. And, indeed, he deserves everyone’s praise, because he did a remarkable job preparing Florida for hurricanes. But then he really shone by getting into the details of helping communities recover post-hurricane.

Interestingly, Jeb wasn’t a professional politician but a businessman.

That’s why it’s so disturbing to notice that when Florida got hit again with a hurricane, the first in 11 years, that another Republican businessman -- Gov. Rick Scott -- again showed that business experience is vital.

Every governor goes to the state’s Emergency Operations Center in Southwood when a hurricane approaches because it is the place to be in order to gather the facts and then be able to coordinate all facets of assistance that government and the private sector can provide.

But the mettle of any person isn’t measured in what they do before a natural disaster, it’s what they do after that actually counts.

In that regard, Gov. Scott is clearly the second coming of Gov. Bush when it comes to rallying the state government infrastructure to provide assistance and then marshalling the resources to make something happen.

But the mainstream media, which has never liked the governor, haven’t said a thing about how well he performed in an emergency.

Now, I don’t expect the Florida press to do so, because it’s against their nature. They’ve never warmed up to any Republican governor.

In talking with people who were inside the emergency center, however, it’s clear the governor did his job, and more.

Ordering the Florida Department of Transportation to provide assistance in removing fallen trees was critical to helping the electrical crews get their trucks close enough to work on the power lines.

Unless that happened -- and quickly -- the potential of getting power back to the state capital would be unnecessarily delayed, even more than it already was.

No one can argue with the fact that we Tallahasseans treasure our tree canopies and that we have a beautiful “Old South” landscape, with massive live oaks and hanging moss everywhere.

So, when a hurricane comes through the state capital for the first since 1985, as Hurricane Hermine did, our beautiful trees are going to be an easy target for the high winds and soaking rains that make their tree limbs heavier with the wet moss.

The city has what appears to be an extensive tree limb cutting program on all major thoroughfares so that these limbs don’t fall on power lines and knock out the electrical grid.

In driving around after the storm, it was evident that the tree limb removal program while successful didn’t go into the individual neighborhood streets where most trees fell.

Much of the damage was done by individual, stand-alone pine trees that are very susceptible to falling and these were huge trees that would very expensive to remove. In fact, so expensive that it wouldn’t be possible for any city to predict which trees would fall which way to cut off the electricity. As a result, you’re forced to wait and see which trees are the dangerous ones.

That’s where the governor’s action, and his common sense, came in handy.

There were so many trees down on what seemed like every neighborhood street that it would be impossible for utility trucks to get close enough to the power lines to begin their work.

While the city apparently had agreements with other municipal utilities for mutual aid, all of this would be for naught if they couldn't get their bucket trucks close enough to the poles.

That’s when Gov. Scott realized the FDOT crews could be of immense help if they just could cut up the trees and move them so the utility trucks could begin their tasks.

It was a brilliant move because it saved time.

He went one step further.

He released a three-color chart that was simple and easy to understand, and it provided accurate and timely information which all of us desperately needed. (See chart below).

The chart clearly showed what neighborhood streets had already had their trees cut up, which streets they were working on -- and smartly projecting the completion time frame, and what streets they would go to next.

This key information gave us what we needed to know:  that progress was being made, that there was some semblance of priority and it would be accomplished.

A couple of days later, Gov. Scott asked all of his agency heads and senior managers to show up ready to work to help clean up Tallahassee.
They cut limbs, collected debris and showed that the state can indeed play an important role in post-recovery efforts.

Maybe there was a silver lining to the Hermine storm clouds that hit the city where state government is headquartered, because it gave the governor a chance to show his respect for capital citizens and demonstrate how state resources can be leveraged to help local government.

Now that Matthew is churning in the Caribbean and Floridians are getting ready in case it hits our state, rest assured our governor is prepared to lead the state again when a disaster strikes.

No one else is saying it, Governor, but we appreciate your out-of-the-box thinking and the results that helped us get back electricity faster than we would have otherwise.

Barney Bishop III, one of the most familiar faces within the state business community, is CEO of Barney Bishop Consulting LLC in Tallahassee. 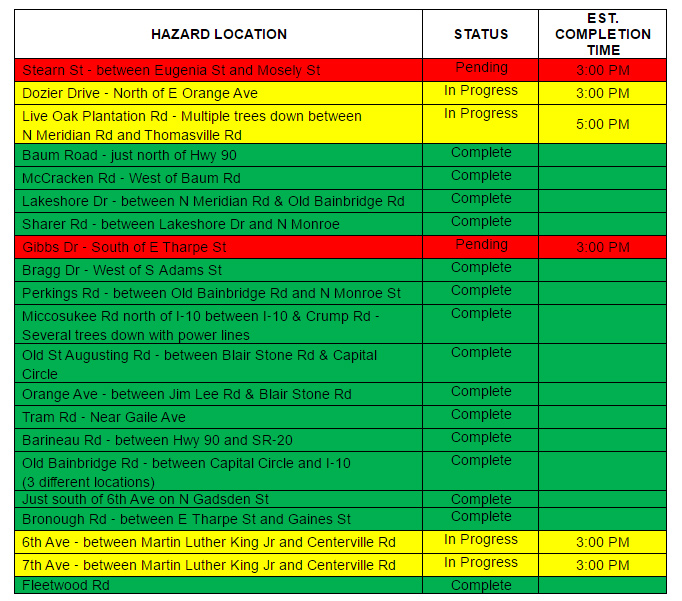 Barney you truly are a

Permalink Submitted by Bill Monroe on October 1, 2016 - 5:09pm
Barney you truly are a political animal. I hope Scott rewards you well for that overt measure of pandering and ring kissing.

Bush fans think he was good

Permalink Submitted by Floridagirl on October 1, 2016 - 10:43am
Bush fans think he was good for education, but he probably hurt it more than anyone.

Gee Barney, how can you

Permalink Submitted by Sporty on September 30, 2016 - 9:06pm
Gee Barney, how can you breath with your nose stuck so far up the Governor's arse? Its truly a miracle! What is more stunning is this sentence: "That’s when Gov. Scott realized the FDOT crews could be of immense help if they just could cut up the trees and move them so the utility trucks could begin their tasks." And for this, you call the governor "brilliant." You don't mean it in the sense the British use the word, you mean it in its true form. Brilliant, really? One would need to be an idiot not to think - gee, we have trees down,,, how best do we remove them in the one try city poorly run by the idiot mayor?!?! Compare this to Jeb Bush? Really Barney - I know Jeb Bush, I worked for Jeb Bush. Rick Scott is no Jeb Bush and you seem to be a lot like Dan Quayle (e!)

I often disagree with Barney,

Permalink Submitted by C Breeze on September 30, 2016 - 4:17pm
I often disagree with Barney, BUT this time I'm in accord with him. AND I'm proud of our Governor Scott's tenure as well as the fulfillment of many of his "visions" for our State. Thank you Governor: "common sense will ALWAYS prevail..."

Permalink Submitted by balance of power on September 30, 2016 - 2:39pm
Spoken like a true partisan lobbyist... Having good leadership has nothing to do with business skills and more to do with accountability and responsibility. I do give Scott credit for his actions during disasters, Zika and especially with the DEP in response to Mosaic, but I can't help but think the actions are really more about exposure for his next run and not because they are the right thing to do. You will recall he was responsible for the largest fine for ripping off Medicare in history. However, where I give him very low marks is on his decision making matters as it relates to being a business man first instead of a public servant: corporate welfare, failing to accept mass transit in our state, refusing federal dollars for Medicaid expansion and bankrupting this state in the process, failing the state population and its employees, cronyism; appointing his buddy from the insurance industry to head Elder Affairs (even after he was rejected as Insurance Commissioner), failing students through the DOE testing programs and inadequate funding, privatization, etc., etc., etc.

Permalink Submitted by Mark on September 30, 2016 - 2:27pm
Personally Barney, I think your whole line of antiquated thinking is far away off the mark, even for the simple minded! I just cannot understand why SSN continues to allow Barney to waste important column space with such dribble! GO TRUMP!!