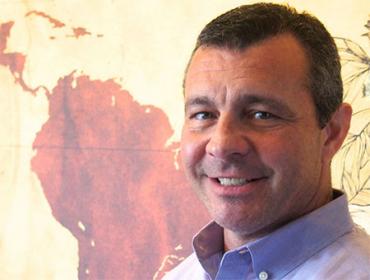 A prominent Florida Republican will be headed to Mount Everest later this month in an attempt to set a world record.

Patriot Defense announced on Wednesday that businessman, former CIA agent and veteran Todd Wilcox, who founded the group and is its executive chairman, will take part in a Military Free Fall (MFF) expedition to Mount Everest. Wilcox will be part of the Complete Parachute Solutions (CPS) team as they try to set a world record for highest-elevation tactical military freefall parachute landing.

“The CPS expedition departs Katmandu on or about 17 Oct and will conduct the high-altitude MFF training jumps from an AS 350 B3 Eurocopter helicopter culminating with an attempt at a world record insertion into a drop zone at 20,170 feet above Mean Sea Level (MSL) on the West Col of Mount Baruntse. The team will be using the Multi-purpose Tactical Oxygen System (MTOS) from TopOut Aero to support the jump and upon landing will conduct an alpine trek to demonstrate and validate the oxygen system’s dual functionality for high altitude parachuting as well as high elevation alpine trekking,” Patriot Defense noted.

“I am honored to be joining the CPS expedition,” Wilcox said on Wednesday. “CPS has a proven training protocol that takes an intermediate level parachutist with less than 100 civilian freefall jumps to a level of competency to accomplish MFF insertion with combat equipment into some of the most arduous terrain and extreme weather conditions in the world. I have spent my adult life in the passionate pursuit of training high-performance individuals and I look forward to the challenge.”

Wilcox made his political debut by entering the Republican primary to replace U.S. Sen. Marco Rubio, R-Fla., in 2016. When Rubio decided at the last moment to run for a second term, Wilcox bowed out of the race. Since that, he has continued his business activities in Central Florida, including going back to Patriot Defense in Orlando which he founded back in 2006.

According to Wilcox’s team, “Patriot Defense Group’s highly-specialized training and operational support to the U.S. government, military, and intelligence communities is made possible by working with the most accomplished and experienced officers from the Central Intelligence Agency, U.S. Special Operations Command, the Department of Justice, and the Department of State.”

In the meantime, while he ruled out running in 2018, Wilcox looks to remain active on the public stage. During his Senate bid, Wilcox called for a strong national defense, small government, free market economic solutions and focusing to win the war on terror.

After his Senate bid.Wilcox announced he would take over Restoring American Leadership (RAL) PAC. RAL sounded similar themes that Wilcox embraced during his Senate bid.

“Ours is a nation built on the backs of its entrepreneurs and defended by the hearts of our men and women in uniform. We are the envy of the world because we are the land of opportunity and prosperity – and we are willing to defend every man, woman and child’s freedom to pursue that authentic liberty,” the PAC’s mission reads.  “The United States of America is truly the shining city on a hill because our foundation is firmly entrenched in the values and principles necessary to sustain our safety and security and our economic freedom. From the shop keeper on Main Street to the soldier on the battlefield, they are the pillars of American success. They are the touchstone from which we must govern our cities, our states and this great nation.

“Our mission is to harness that irreplaceable experience, determination and tenacity of successful business leaders and the brave men and women who have proudly served our nation in the armed forces,” the statement continues. “Our mission is to ensure the American people have the leadership they deserve from leaders who’ve strengthened our economy dollar by dollar and defended our way of life battle after battle. Our mission is to ensure hard working entrepreneurs and brave warriors occupy seats from the state house to the White House in pursuit of the more perfect union our Founders intended us to be.”

Wilcox worked closely with then state Rep. Mike Miller, the Republican candidate, as he challenged U.S. Rep. Stephanie Murphy, D-Fla., who kept her seat by an impressive margin.

I think the winners of the

Permalink Submitted by Anonymous on October 3, 2019 - 11:31am
I think the winners of the Tic Tac Toe tournament in The Villages are probably more noteworthy. (?)

I wish them luck! I have been

Permalink Submitted by Crystal Burgos on October 3, 2019 - 8:18am
I wish them luck! I have been to the Himalayas, I would not do this! That terrain is treacherous!