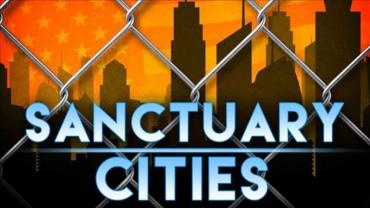 The Florida House of Representatives passed a bill to ban sanctuary cities in Florida, a top priority for House leadership during the 2018 legislative session.

Fines for city council members who violate the ban or refuse to comply with federal immigration policies could climb up to $5,000.

Local officials who refuse to work with federal authorities could be removed from their jobs if the bill becomes law.

Passing the legislation was a top priority for House Speaker Richard Corcoran, R-Land O’Lakes, who said the bill was a way for lawmakers to protect Floridians against “dangerous policies in sanctuary cities."

“Sanctuary cities are a threat to the safety of our communities,” Corcoran has said on the measure.

Debate in the House centered around recent comments reportedly made by President Donald Trump about Haiti and African nations at a meeting with lawmakers Thursday. Trump is alleged to have trashed the nations as “shithole countries” -- comments which drew the attention of state reps in their arguments on that chamber’s floor on Friday.

“I do not share those sentiments,” Rep. Byron Donalds, R-Naples, said of the comments. “I do not support them, they are out of bounds. This bill is about following federal immigration law, not the whims of a President. Presidents come and go, politicians come and go. The one thing that must remain consistent is the rule of law.”

Donalds voted in favor of the bill.

Liberal groups like the American Civil Liberties Union and Democrats said the legislation would further an atmosphere of fear in Florida.

“HB 9 represents a grave threat to public safety and the civil rights of all Floridians,” ACLU Florida said in a statement Friday. “Our local law enforcement agencies’ core responsibility is to protect and serve their communities, not assume the burden of enforcing federal immigration law. By forcing local police to become de facto immigration agents, this bill will deter immigrant victims and witnesses from cooperating with police out of fear of deportation and will inevitably undermine law enforcement’s ability to keep communities safe.”

Though the bill received significant support in the Florida House, the measure appears dead in the Senate, which would also need to pass the legislation for it to become law.

Permalink Submitted by Lynn Siebert on January 14, 2018 - 5:51pm
Ban Sanctuary City status in Florida. They are illegal and will suffer consequences financially under the Trump administration, as they should. If the Senate cops out of doing its job, elect new Senators who have no problem upholding the law. Federal law still trumps State law in this country when there is a conflict of interest between the two. If you don't like the Federal law, ask your Federal Representative and Senator to work to change the law at the Federal level. That is the legal way we do things in this country.

It would be great if the FL

Permalink Submitted by Justice Pro on January 13, 2018 - 8:46pm
It would be great if the FL House & Senate took an interest in the men and women who serve the citizens of the State of FL, folks who protect the environment, health and safety folks, those who fight forest fires, beverage agents, Probation Officers, FMP officers and the list goes on. Local law enforcement has a mission and deterring & solving criminal offenses is the primary mission, let them do it.

It's "form over function"

If a racist creates a racist

These are the same bunch that

Permalink Submitted by Robert Warner on January 13, 2018 - 7:32am
These are the same bunch that didn't like any Federal oversight last year. Now it's "do it my way, or the highway". Let local police be local police, not marching members of the State and Federal gestapo.