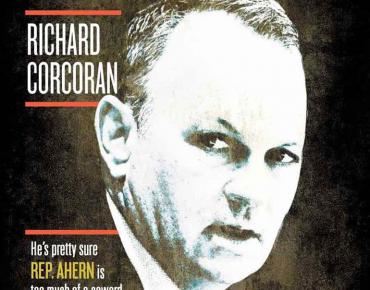 The Florida Education Association isn’t letting up on its attacks over the Florida House’s new omnibus education bill, first focusing on House Speaker Richard Corcoran but now targeting other state reps supporting the legislation as well.

Earlier this week, the FEA launched a new ad campaign going after Corcoran over the bill, a 200-page document which lays out a number of provisions for the state’s education system.

FEA president Joanne McCall called the bill a “monstrosity” and said it aimed to dismantle the state’s public schools.

The FEA launched a 30-second clip railing against the bill and Corcoran earlier this week, but other lawmakers have now found themselves in the crossfire over the bill as well.

According to Florida Politics, nearly 10 other lawmakers have been targeted in a series of FEA mailers against the bill. Republican Reps. Larry Ahern, Chuck Clemons and Elizabeth Porter were among the lawmakers singled out in the flyers hitting mailboxes around the state.

The mailers slam Corcoran as “the ultimate big government bully” and say each respective representative is “too much of a coward” to stand up to the Speaker.

The flyers allude to a new provision in the bill which would establish a new voucher program for bullied students, allowing them to transfer out of their current school and attend a private school instead.

“Instead of going after real bullies in local schools, Corcoran’s bill tells kids that have been bullied that they should run and hide -- and go to a different school,” the mailer reads. “That’s what we should expect from a Big Government bully like Richard Corcoran.

Other portions of HB 7055 would make it more difficult for school districts to eliminate charter schools and next year’s funding for public schools would also become contingent on lawmakers passing the legislation.

One of the more controversial aspects of the bill directly affects teachers' unions like the FEA, who would be required to maintain a 50 percent membership among total teachers statewide.

According to data from EducationWeek, Florida is home to over 180,000 teachers. Around 137,000 teachers make up the FEA.

See the mailer below. ANYTHING, or ANYONE that

Permalink Submitted by C Breeze on February 8, 2018 - 11:10am
ANYTHING, or ANYONE that encourages the demise of the ineffective Florida's Teachers Union GETS MY VOTE ! (We MUST STOP protecting incompetent TEACHERS poisoning our public school system;... Our progeny [as well as our economy] depends upon it ! )

Permalink Submitted by pasture breeze on February 8, 2018 - 4:52pm
like you would know anything about kids, schools, or education for that matter fat boy... get your azz back to NY and get a job...

Permalink Submitted by C Breeze on February 8, 2018 - 5:22pm
I'm qualified to recognize illiterate morons: any YOU'RE a "prime example" "pasture fart". (Got a "job", right here, and it pays more than you'll EVER earn).

I know that is not true fatty

Permalink Submitted by pasture breeze on February 9, 2018 - 9:59am
I know that is not true fatty. Trailer park prez does not count as a job...lol

Permalink Submitted by Ana Gomez-Mallada on February 8, 2018 - 10:17am
Yeah! Let’s make those sissies complaining about being bullied stay right where they are so they can’t concentrate on their school work, so they can get depressed and, hey, maybe even suicudal! It is worth it to the FEA so they can stay in business!

Permalink Submitted by Brother Glover on February 11, 2018 - 4:14pm
Ana, I believe the problem started a few years ago when Admin was told the Fighting and Bulling was no longer a 10-day suspension, rather now a 5-day suspension. By the way, students get to make up any work when they return. So it is more of a vacation. Kids that are being bullied are not sissies. But we as a society should no longer tolerate bulling and allow schools and Admin to "drop the hammer" on these bullies and constant fighters as well as their parents that raised them.

State Monies should pay for

Permalink Submitted by RGB on February 8, 2018 - 7:47am
State Monies should pay for PUBLIC SCHOOLS ONLY.

Its about time we teach this

Permalink Submitted by Sally on February 7, 2018 - 7:28pm
Its about time we teach this legislative Bully that enough is enough.

Why are we funding non

Permalink Submitted by Laurie on February 7, 2018 - 12:44pm
Why are we funding non credited schools? Private schools has become a big money maker and are future will pay for no accountability watch taxes we all pay