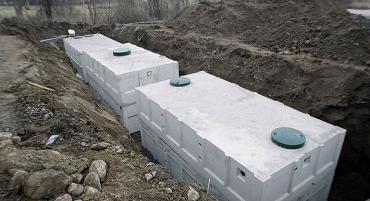 Two Treasure Coast lawmakers are teaming up with the Florida Chamber of Commerce to help lessen septic tank runoff to the Indian River Lagoon in hopes of paving a way to cleaner water for Florida’s Treasure and Space Coasts -- and they're joined by the Florida Chamber of Commerce and an expert who all say septic-to-sewer conversion is the key to cleaning Florida's waterways.

The new video, part of a series, is just one aspect of a $90,000 partnership grant between the Chamber and Lapointe. The grant period runs to Dec. 31.

Florida has a big problem on its hands with excess nutrients and sewage in riverways and waterways. Most waters have some sewage problems, but sewage is a particularly large problem in the Indian River Lagoon.

Every year more than 4.4 million pounds of nitrogen from upwards of 600,000 septic tanks leaching into tidal creeks and canals wind up in the 156-mile Indian River Lagoon.

Lapointe would know. He’s spent decades researching what’s ailing Florida’s waterways, studying water from the Florida Keys all the way up the coast of Florida.

“The evidence is undeniable. We have detected a large amount of fecal cauliform, bacteria and traces of chemicals found exclusively in humans,” Lapointe said Wednesday.

Reps. Gayle Harrell, R-Stuart, and Sen. Debbie Mayfield, R-Vero Beach, used Wednesday’s press conference to highlight a new legislative proposal to pump funding into Legacy Florida 2.0, which would provide up to $50 million for water projects in the Indian River Lagoon.

“What we really need to do is continue the work we began several years ago,” Harrell said, referring to the passage of the first Legacy Florida bill, which provided $135 million for springs restoration.

“Legacy Florida really set the course for where we are going now,” the Stuart representative said.

Local runoff projects and septic-to-sewer conversion would be included in the measure, which would require a 50-50 match from the government so local entities can parlay local resources with state resources.

Lapointe said septic-to-sewer conversion tactics would be one of the most effective ways to fight back against water pollution.

Mayfield agreed, adding she hoped the legislation would make the conversions a reality.

“We have a water quality issue throughout the state of Florida,” Mayfield said. “You can’t just throw money at this issue and fix it overnight. But without the dedicated funding sources...this will make sure that we have money to do those septic-to-sewer conversions.”

Representatives from the Florida Chamber seemed supportive of Harrell and Mayfield’s push to give more money for septic tank conversion efforts and were hopeful Lapointe’s research would help turn the tide to get Florida waters clean once more.

“Dr. Brian Lapointe’s scientific research shows that septic tank sewage nitrogen is a smoking gun that threatens many of Florida’s waterways, including the Indian River Lagoon,” said Mark Wilson, President and CEO of the Florida Chamber of Commerce. “At the Florida Chamber, we remain committed to Florida’s environment, and look forward to sharing Dr. Lapointe’s research and further securing Florida’s water future.”

Permalink Submitted by Mark Manera on November 11, 2017 - 9:26am
Remember Florida's water table is just under the surface Mother Nature can only do so much with that reality during hurricanes and heavy rains all the pollutants rise to the surface also remember the huge population growth we are now experiencing let's put our money toward a cleaner and safer Indian River Lagoon

Jerry is a moron

Permalink Submitted by Beth Davis on November 10, 2017 - 10:09pm
Actually, very easy to fix. Check with other coastal areas that have made this conversion. Ie., Oak Island, NC. Community agrees to 10-20 yr assessment. It’s affordable for all so quit talking Florida politicians and Get it done!

Every time there is a heavy

Permalink Submitted by Andrea on November 9, 2017 - 7:07am
Every time there is a heavy rain, not just Irma, the wastewater treatment plants along the east coast of Florida dump millions of gallons of untreated or partially treated sewage into the Indian River Lagoon. Ft. Lauderdale alone estimates it needs $1 Billion dollars to fix their crumbling infrastructure that serves the other huge population not on septic systems. Did Dr. Lapointe not notice? Unless the state and local governments solve the problem of already overloaded treatment plants, and crumbling, aging sewer mains, septic to sewer conversions will only exacerbate the problem. Reserve plant capacity might be a good idea to prevent further multi-million gallon spills, don't you think? While septic systems may not be perfect, LaPoint's smoking gun is pointing in wrong direction, as usual.

Permalink Submitted by Katrina on November 8, 2017 - 5:07pm
One point .... the septic tanks are leaking into the Indian River Lagoon, St. Lucie waterway, and the other coastal waterways, not Lake Okeechobee. The focus in the video and the press conference was on the septic tanks on the coast.

Permalink Submitted by Tampaguy on November 8, 2017 - 3:15pm
Seriously - Leach beds work out fine when they are few and far between. In a Metro environment, it's a "Heavy load" to put on Mother nature's natural cleansing of water as waste turns into "Fertile soil" that is Safe and Clean. I kind of like the ideas "jerry" has... but all of that has costs as well. Who will BUY necessary equipment? Who will be RESPONSIBLE for making sure "everything gets done". This also seems like Government $ would have to be allocated to do as he explains. As far as Phosphate, its need to go ORGANIC is highly over-rated - and where is the proof that it's in short supply? SEWAGE has always been a "problem", but solutions have been found, and reasonable "Waste Water Treatment" is another area of study that needs to be focused on. Looking at Kalifornia, high population density has not killed the Pacific Coast - nor does it need to be a problem in Florida, with a bit of brainpower working on it.

You at from Tampa and don't

Permalink Submitted by jerry on November 9, 2017 - 7:42am
You at from Tampa and don't know our and world's phosphate supplies are running out fast? During WW2 they collected it to make bombs, etc........................... A for costs they are a fraction of connecting to a sewer not to mention monthly bills forever, no thanks............ They could greatly lower the costs by selecting and mass buying of units and installed not unlike they did with low flow toilets.......................In Cal the use it to make methane for power generation and the minerals left as sterilized fertilizer mostly.

For a fraction of that cost

Permalink Submitted by jerry on November 8, 2017 - 2:44pm
For a fraction of that cost one can just use one of the many alternative toilets and pee collection we need to do for fertilizer as phosphate is running out worldwide......................... A solar drying toilet is an excellent choice at a fraction of the cost. Black water is only a problem because it is mixed with so much other waste water, polluting it all....................... Vs as some have called it, valuable chemistry ................. So your choice, a big government project with their hand in your pocket forever or doing it low cost and smart?..............And you'll find as Ft Lauderdale found out after blaming liveaboard boats, dogs are a big part of Florida water pollution on the coasts.