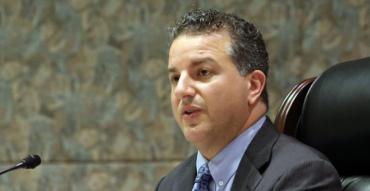 At a media event in Ybor City on Wednesday, the Florida Chamber of Commerce threw its support behind state CFO Jimmy Patronis.

Patronis was named to the post back in June when Gov. Rick Scott chose him to replace Jeff Atwater who resigned the position to take a job with Florida Atlantic University. Former state Sen. Jeremy Ring, a Democrat from Broward County,  is the leading candidate to take on Patronis.

“I am so grateful for the support of the Florida Chamber of Commerce in my bid for another term as Chief Financial Officer,” Patronis said after getting the Florida Chamber’s backing. “I look forward to continuing to work with the Florida Chamber to further Governor Scott’s legacy of tax cuts and job creation. This will ensure all businesses, both large and small, have a friendly climate to grow our economy. Together, we must keep fighting for Florida businesses and the opportunities job creators provide for the families in our state.”

“From ensuring that Floridians have the tools they need to make smart financial decisions to promoting an environment where businesses in Florida can continue to grow, Jimmy Patronis is on the front lines ensuring Florida continues to prosper,” said Mark Wilson, the president and CEO of the Florida Chamber. “We are proud to endorse Jimmy Patronis as Florida’s next Chief Financial Officer.”

Wilson and the Florida Chamber team noted that Patronis had consistently garnered high marks during his eight years in the Florida House representing Bay County.

While state Sen. Tom Lee decided not to challenge Patronis in the Republican primary, the state CFO does not have an open shot at the GOP nomination. Antoanet Iotova, who was the Republican candidate taking on Democrat Gary Farmer for an open state Senate seat in 2016, has filed to run for CFO but has done little so far.

The Florida Chamber is also backing Scott for the U.S. Senate and state Agriculture Commissioner Adam Putnam for governor.

Adam Putnam Endorsed by the Florida Chamber of Commerce

Hmm. I think the Chamber of

Permalink Submitted by Lynn Siebert on May 10, 2018 - 7:06am
Hmm. I think the Chamber of Commerce is just about as deep state (swampy) as you can get. That doesn't mean every endorsed candidate by this group is necessarily evil but we need to be vigilant and do our homework before voting for anyone. Just relying on established institutions opinions to determine who we vote for or what bills we vote for is over. We have to take responsibility for our state and our country, do our homework and vote based on our own evaluation of the FACTS (if we can find pure facts anymore).

The Chamber organization was

Permalink Submitted by Angie on May 9, 2018 - 1:46pm
The Chamber organization was and is a Republican based organization. Of course they support all the Republican candidates. I will say I know this family and they are dear people. I also did call upon Patronis's office before to help with a issue I was having trying to get benefits I needed for a family member. In 2 days the run around stopped and we had our issues handled. Out of curiosity I am going to see if Jimmy has the qualifications for the job. I won't vote for him because I am a Ring supporter. One thing I want to check on is what legislation did or if any did Jimmy work to pass that benefited his pumping water , bottleing and selling the FL aquifer.....Aquifina is owned by the Pateonis family

Aquifina is owned by Pepsi..

Permalink Submitted by Joe on May 11, 2018 - 5:00pm
Aquifina is owned by Pepsi...and was formed in Kansas. Also, the Chamber has endorsed Democrats in the past. Also, why would Patronis not be qualified? He's the current CFO of the state.

Permalink Submitted by big deal on May 9, 2018 - 1:32pm
No surprise here, big business supporting who will give them the most...

Read and fix the title of