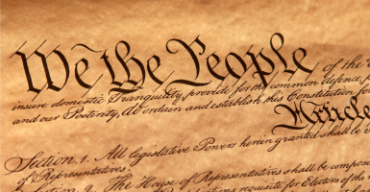 A group of former state and federal lawmakers and two former lieutenant governors said Tuesday it will fight the Florida Constitution Revision Commission’s entire slate of amendments going before voters in November.

Pointing to ideological opposition to the process rather than the specifics of the proposed constitutional amendments, the 16-member group called Save My Constitution described the eight ballot measures as “confusing” and “misleading.”

“We’re not looking at any single issue,” said Jim Kallinger, a former state House member from Central Florida who is among the leaders of Save My Constitution. “We’re saying vote ‘no’ on everything, because we feel they were conceived in a deceptive way. We’re going to address the process.”

The new group, which held a press conference at the Capitol, intends to campaign against the different measures. Also, group members will push to end the once every-20-year process that they say allows the governor and legislative leaders to name “lobbyists” and “political insiders” to the Constitution Revision Commission. The 37-member commission has unique power to place amendments on the ballot.

“It’s an unelected body that, frankly, doesn’t represent anybody,” former Lt. Gov. Jeff Kottkamp said of the commission. “It’s not accountable to anybody, and it conducted its affairs in what we believe was well beyond the scope of their authority.”

Seven of the eight proposals have drawn legal challenges, and circuit judges have ordered the removal of two of the amendments from the ballot. The state has appealed both of those orders.

The Florida Supreme Court on Aug. 29 will take up what is known as Amendment 13, which seeks to ban greyhound racing at Florida dog tracks. Leon County Circuit Judge Karen Gievers blocked the measure, agreeing with breeders, owners and trainers that the proposal would mislead voters.

On Monday, Leon County Circuit Judge John Cooper ordered an education measure known as Amendment 8 off the ballot. Cooper said the amendment, which deals with three education issues, would fail to inform voters of its impact on the creation of charter schools. The state quickly gave notice that it would appeal Cooper’s decision.

Kallinger and other members of the Save My Constitution group said that if the commission is allow to continue in the future, it should be limited to placing single topics in ballot proposals. That would be similar to requirements for amendments put on the ballot through petition drives.

Kallinger said his impetus for forming the group was Amendment 9, which asks voters to approve a ban on offshore oil drilling and a ban on vaping and the use of electronic cigarettes in workplaces.

The amendment also has drawn opposition from a coalition known as “Explore Offshore,” which is backed by the American Petroleum Institute and the Florida Petroleum Council. Kottkamp also is part of that coalition.

The Save My Constitution group intends to hit the campaign trail through personal appearances as well as print and TV ads.

“Because the CRC has been deceptive and their proposals are indeed defective, we must tell the people of Florida that in order to be safe, it is best that we vote no on all of those amendments,” said Ken Littlefield, a former state lawmaker who represented Hillsborough and Pasco counties.

Others who have joined Save My Constitution include former Lt. Gov. Jennifer Carroll, former Congresswoman Sandy Adams and former Congressman Connie Mack.

Other amendments placed on the ballot by the commission are:

--- Amendment 6, which seeks to expand the rights of crime victims and raise the mandatory retirement age of judges.

--- Amendment 7, which deals with governance of the state-college system and death benefits for survivors of first responders and military members.

--- Amendment 10, which seeks to change the start dates of legislative sessions and require charter county governments to have elected constitutional officers.

--- Amendment 11, which seeks to remove constitutional language that prohibits “aliens ineligible for citizenship” from owning property and revise language to make clear that the repeal of criminal statutes does not affect the prosecution of crimes committed before the repeal.

Permalink Submitted by Ted Kruze on August 22, 2018 - 11:58am
The whole concept stinks. Not a single elected member on the 37-member revision commission ... and no input on suggested revisions whatsoever from the general public. Get rid of the entire process and find some much more democratic way of doing it.

finally, some folks with some

Permalink Submitted by say it on August 22, 2018 - 8:45am
finally, some folks with some common sense that recognize this sham for exactly what it is...a bought and paid for partisan hit squad. Bravo folks, Bravo...

Permalink Submitted by BobH on August 22, 2018 - 7:31am
NO! Right down the list of amendments. Lobbyists get us into these messes. Why is it so hard to legislate, taking money out of representation. They're supposed to represent us, not oppose us. Here's something I'd vote yes to: " A Constitutional Amendment banning any lobbying or PAC money, from the political process."

Just say NO!! They had a

Permalink Submitted by jerry on August 22, 2018 - 6:47am
Just say NO!! They had a chance to do good things and they blew it big time and being dishonest as the court ruling and reading them knowing the background clearly shows...……… But what do you expect from people picked by Scott, republicans?...……… Time to vote them out across the board to save the republican party as really as they have went so far down the corrupt rabbit hole. ………….There is nothing fiscally or morally as bankrupt as the party has become...………..One has to note no mention of Manafort's, Cohen's convictions here even though in his plea deal is admitted Trump made a criminal act and interestingly, collusion to committee that act. ;^)………...Note never mentioned here is Trumps other fraud, election finance fraud, slander, tax evasion, emollients trails coming up completely different that the Russian investigation stuff...……...Repubs are corrupt to the core and morally and fiscally bankrupt. O

The safe vote for any

Permalink Submitted by Claude Kirk on August 22, 2018 - 4:19am
The safe vote for any Constitution Revision is always NO. Let me just pick one at random: Amendment 10 - Why in the world would we want to change the start dates of legislative sessions? Then why try to attach a second totally unrelated issue to 10 regarding a requirement for charter county governments to have elected constitutional officers? NO!!!