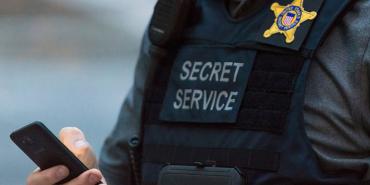 To go along with the ever-growing list of advance problems, policies, and inaction that contributed to the shooting deaths of 17 at Marjory Stoneman Douglas High School, a report has surfaced that shows the school had been advised about security problems by a former member of the Secret Service who inspected the school just months ahead of the shooting on February 14.

In the wake of the Parkland shooting, apart from the media calling for gun control, there have been a number of solutions bandied about to make our schools safer. What then are we to make of the fact that this particular location had been advised directly on these very issues, ahead of the shooting, yet little-to-no action was taken? This appears to be the very case.

Steve Wexler is a former agent of the Secret Service, and a person very familiar with the campus where the grave tragedy occurred. Wexler saw two of his children graduate from MSDHS, and he has frequently conducted seminars for students and faculty on safety. In December of 2017 the SS veteran was asked to come to the school and assess safety measures. What he found was problematic.

In an interview with the Sun-Sentinel Wexler detailed how he canvassed the property and entered the buildings, with far too much ease. Armed with Post-It notes, he left a trail of markers throughout the school where severe actions would be likely to transpire with an active-shooter scenario. He ran out notes after placing 20, and he could have continued.

He said to the staff that day, “This stuff is blatantly obvious. You’ve got to fix this.”

Among the glaring problems cited were students lacking ID badges, fire alarm procedures that aided a gunman, as well as external gates unsecured and doors to the school unlocked for ease of entry. Wexler was able to stroll the halls and place his notices without ever being stopped by staff and questioned.

”Nobody challenged me. No one approached me,” he told the paper.

After, he sat with a handful of school officials and went over the list of problems he discovered. No real discernable steps to remedy the problems had been taken following his visit. The Sun-Sentinel reached out to the Broward School District -- which has been stonewalling the public and press over details of the shooting. Spokeswoman Traci Clark would only confirm that some recommendations with an outside source had been discussed. She gave no further details under the guise that she could not, due to safety concerns.

Likewise, school officials themselves are close-lipped about their conference over the safety concerns found. Two of those who met with Wexler, as well as the MSDHS principal, would not comment on the meeting. Meanwhile, the former Secret Service agent is left wondering. “If they didn’t want to use the recommendation, why then would the school reach out to me?”

The mystery of the ignored recommendations just becomes another example of a failure of authorities, one that leaves more than just Steve Wexler asking, “Where on the food chain did that information die?"

Permalink Submitted by Robert Warner on June 12, 2018 - 3:37pm
It's a school, you fool - or whatever your avocation may be. Russian psyops and Fox Fear mongering news - 10. American common sense, civil government, civil society, and just plain common civility - maybe 2. It's always interesting to see what comes out of the rocks with Sunshine State News, and it's commentary. Gullibility, and it's sad.

Hey Robbie, you're right - it

Permalink Submitted by Tampaguy on June 13, 2018 - 2:10pm
Hey Robbie, you're right - it's just a school. fifty years ago schools did not face these problems anywhere Near this "problem". guess what... times have changed. America has moved WAY to the left, and the Fed Gov has ignored them since 9-11. What would you have us do? IGNORE safety measures? You are quite obviously a Leftist, and a likely Trump-hater. Robert DeNiro would be PROUD of you. As far as Fox, it (and America One News) are the ONLY ones who report true and mostly correct info. Go back to your Commie news stations, They CAN make this sh1t up.

Is there a cohesive thought

Permalink Submitted by Brad Slager on June 12, 2018 - 5:59pm
Is there a cohesive thought somewhere in this, or do we just chalk the rambling screed up to Ambien?

Permalink Submitted by Jim Nolan on June 12, 2018 - 11:45am
Simple solution - We just need to make the schools like the Airports now. I cant get a regular size tube of tooth paste on a plane but a kid can walk into a school with assault weapons - doesn't make sense.

It's no wonder why the

every single entity in the

Permalink Submitted by what? on June 12, 2018 - 11:33am
every single entity in the chain failed to take the actions they should have. It is a bi-partisan fail of epic proportions... (School, LEO, DCF, FBI, etc., etc.)

Permalink Submitted by IKIA on June 12, 2018 - 11:17am
First of all ... MSDHS, with 3,200 students, is W-A-Y too big. Its size makes makes the security problem quite a bit worse than it should be. BUT ... with all this "advance notice" in hand about safety and security issues ... WHERE WAS THE SCHOOL BOARD OF BROWARD COUNTY? Seems to me that the ultimate responsibility for the safety and security of this and every school in Broward County is directly in the hands of the county school board! (?)

Something is puzzling me,

Permalink Submitted by Bill on June 12, 2018 - 10:57am
Something is puzzling me, from another article "Wexler retired from the Secret Service in 2014 after 27 years with the agency. He was well-known among teachers at the school." What is his association with the teachers he knows? "Now a state commission reviewing the shooting wants to speak with Wexler. “We’re aware of him,” said Pinellas County Sheriff Bob Gualtieri, who is in charge of the commission. Several full-time investigators are still lining up interviews, but “we’re interested in talking to him,” Gualtieri said." http://www.sun-sentinel.com/local/broward/parkland/florida-school-shooting/fl-sb-douglas-secret-service-steve-wexler-20180605-story.html His (Wexler) suggestions sound like a prison lock down. How much common sense does it require to be able to see a person who is acting unusual? A school is not a prison it is a place of learning.

I mentioned in the article

Permalink Submitted by Brad Slager on June 12, 2018 - 1:42pm
I mentioned in the article Wexler gave regular lessons on safety at the school. Cruz was a very known threat to the school, both to administration and students. For them not to take action while being very leery of this student is a big problem.

I understand that a school

Permalink Submitted by Bill on June 12, 2018 - 4:41pm
I understand that a school has its own society, a micro version of the larger society, if Cruz was recognized as a problem, why did not the school act to remove him? This does bring into question, what are we to do with him? What concerns me is that some are so willing to go down that path where airports have screening and think that schools should have similar screening programs, but where does this end? Will we someday find ourselves being screened to go to our local Publix, WinnDixie, library, where does this thinking end?

But Soros and Co. are

Permalink Submitted by Charlotte Greenbarg on June 12, 2018 - 10:14am
But Soros and Co. are spending millions to distract from the real cause of the tragedy, which was completely avoidable. Special place in hell for Soros and Co. The kids are being used. Just like Soros did in WW2

I see the Antifa trolls are

Permalink Submitted by Charlotte Greenbarg on June 13, 2018 - 8:08am
I see the Antifa trolls are busy.

...and Obummer before him,

Permalink Submitted by Tampaguy on June 13, 2018 - 2:14pm
...and Obummer before him, and Clinton before him. T Roosevelt moved the whole of America LEFT, and there was only Eisenhower and Reagan to try to get back to the rule of law.

I see the Antifa trolls are

Permalink Submitted by Charlotte Greenbarg on June 13, 2018 - 8:08am
I see the Antifa trolls are busy

Permalink Submitted by James Longstreet on June 12, 2018 - 10:06am
Multiple layers of gross incompetence from law enforcement down to school administration that got a lot of people killed. The only ones to be punished? Law abiding gun owners. That's Floriduh for you.

The FBI and DCF, who also

Permalink Submitted by Repubtallydumbass on June 12, 2018 - 3:22pm
The FBI and DCF, who also failed miserably, are run by your namesake...