CRC Tackling Question of Who Chooses Appointments to Judiciary 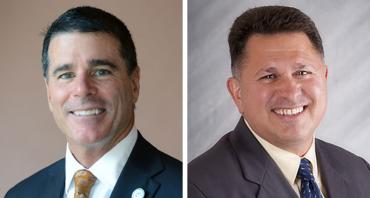 The Constitution Revision Commission is considering a measure that could settle future disputes over the appointment of Florida Supreme Court justices, but the proposal will do nothing to resolve a constitutional crisis looming early next year.

At question is whether Gov. Rick Scott or his successor, the winner of the 2018 governor’s race, will pick the replacements for three justices ---  Barbara Pariente, R. Fred Lewis and Peggy Quince ---  whose terms end as Scott’s tenure comes to a close in early January 2019.

Scott has asserted the right to appoint the new justices, which could change the ideological balance of the court. The Supreme Court last month dismissed a challenge focused on who has the power to appoint the justices, deciding that it was too early to rule on the issue.

A proposal unanimously approved by the commission’s Ethics and Elections Committee on Friday would resolve that issue for future appointments by changing the mandatory retirement date for members of the Supreme Court, the five state appellate courts and for circuit and county judges.

The measure (Proposal 41), sponsored by Commissioner Bill Schifino of Tampa, would require justices and judges to retire on their birthdays once they reach the age of 75.

It would replace the current system where judges must retire when they reach the age of 70 but are allowed to finish their terms. Under that provision, the three Supreme Court justices have reached their mandatory retirement age but are serving out terms which end Jan. 9, which is also the day the next governor will take office.

However, Schifino’s proposal, if adopted by the full CRC and approved by 60 percent of the voters next fall, would not take effect until July 2019, meaning it would have no impact on the current appointment dispute.

Schifino, a former Florida Bar president, told The News Service of Florida he saw the CRC’s role as considering long-term constitutional changes rather than getting involved in trying to resolve more immediate disputes.

“We’re not here to fix a particular issue that is before us today,” Schifino said. “We’re thinking very long term.”

A major element of Schifino’s proposal would raise the mandatory retirement age for the justices and judges to 75.

Schifino said when the original 70-year-old limit was set in the state constitution decades ago, life expectancy was much shorter than the current projection of about 80 years for U.S. residents.

“I think it makes good, good sense to keep good, experienced judges on the bench,” he said.

Schifino also noted that the federal judicial system has no age limit for judges, including members of the U.S. Supreme Court. There are no age limits for other state government members, he said.

And although the proposal would not resolve the existing Supreme Court appointment dispute, Schifino said the imposition of a “drop dead” retirement date on a judge’s birthday would prevent future occurrences of multiple court vacancies on the same day.

“You won’t see this problem again,” he said.

Commissioner John Stemberger of Orlando, who is co-sponsoring the measure, told the CRC’s Judicial Committee earlier on Friday that he had talked to current and retired Supreme Court justices who supported a more orderly retirement and appointment process.

“They explained to me that having two or three justices retire on the same day does not provide the kind of continuity and stability to the court that is really best,” Stemberger said. “A better policy is to have the justices actually retire on their actual birthdays.”

Schifino’s proposal is now ready for consideration by the full commission, where it eventually must garner at least 22 votes to be placed on the November general election ballot.