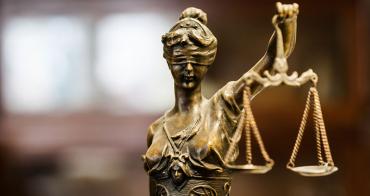 A Manatee County murder conviction was overturned Wednesday because police interviewed the defendant in a hospital psychiatric ward without an attorney present.

A three-judge panel of the 2nd District Court of Appeal ordered a new trial for Cornelius Dion Baskin, who was convicted of second-degree murder and sentenced to 30 years in prison in the 2012 murder of Regina Nunez.

As police investigated the death, they found out that Baskin and Nunez had been romantically involved. Police wanted to talk with Baskin, but he had been committed to the psychiatric ward at Manatee Memorial Hospital under the state’s Baker Act, according to Wednesday’s ruling.

After learning that police wanted to talk with Baskin, his mother found an attorney who went to the hospital. The attorney was not able to speak to Baskin but left a card and said he did not want Baskin talking to police officers.

Police arrived later and became aware that Baskin was represented by an attorney. A detective, however, interviewed Baskin and did not tell him an attorney had been hired, according to the ruling. Prosecutors used statements by Baskin in gaining the conviction.

The appeals court said the conviction was a “close case” because of other evidence-related issues and that the statements by Baskin could have contributed to the verdict. It said admission of the statements violated Baskin’s constitutional due-process rights.

“The DNA evidence was not conclusive, and the balance of the state's case as to identity and state of mind hinged on inferences drawn from circumstantial evidence, such as the character of Mr. Baskin's relationship with Ms. Nunez and the cell-site-location data placing Mr. Baskin's phone at a cell tower near Ms. Nunez's apartment close in time to the murder,” said the 10-page ruling, written by appeals-court Judge Samuel Salario Jr. and joined by Patricia Kelly and Anthony Black “The admission of Mr. Baskin's statements enabled the state to add to those circumstances in closing argument that Mr. Baskin was in Ms. Nunez's apartment close in time to the murder, that he was acquainted with the position of the body at the crime scene, and that after the murder, Mr. Baskin behaved in a manner consistent with the way a guilty person would behave when approached by the police --- fudging answers about important details but admitting enough to show that he knew what happened because he was there. On this record, we are unable to say that there is no possibility that the error in admitting these statements contributed to the verdict.”

Nunez was found dead June 7, 2012, lying face down on a bed in her Bradenton apartment. A medical examiner said Nunez died of asphyxiation, Wednesday’s ruling said.

Baskin, now 30, is an inmate at Liberty Correctional Institution in Northwest Florida.

Permalink Submitted by C Breeze on March 8, 2018 - 10:56am
Basic "police procedure" since the '70's "Miranda Warning" created days... In THIS instance: "clubfooted" Detective AND defense attorney "tripped over each other" in their zeal (or lack of zeal).... RESULT ?: "Justice prevails" (In the "business"???...then you MUST "read the book" and attend the regularly scheduled seminars...)