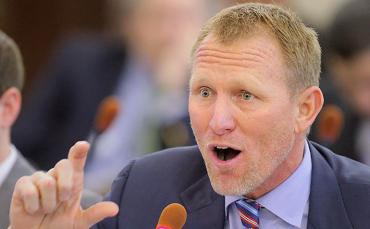 When it comes to government investigations, this isn't the first time at the dance for AshBritt Environmental, one of the nation's largest disaster cleanup companies and certainly the largest in Florida under contract to clean up after Irma. AshBritt has seen its share of negative headlines since the company's first storm cleanup in 1992.

The Deerfield Beach-based company has made billions of dollars by persuading states to sign lucrative "disaster recovery" deals that allow it unequaled access to local officials in a crisis. Along the way, the company has forged strong relationships with politicians, including former governors Jeb Bush of Florida and Haley Barbour of Mississippi. 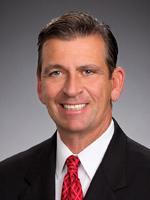 So do residents, public officials and the beleaguered business communities in many South Florida counties, particularly hard-hit Collier County, which took a direct hit as the storm roared ashore as a Category 5. State Rep. Bob Rommel, R-Naples, says his constituents are at their wit's end with AshBritt's bait-and-switch tactics.

Having signed a 200-page debris hauling contract with AshBritt at a fixed rate of $8 a cubic yard, the hauler now says Collier will have to pay more than the contracted rate to get better service. Otherwise, residents can expect to put up with the debris along their streets even longer.

Collier doesn't have longer. Its "season" is here.

"Two hundred thousand cubic yards of debris had been removed from our streets as of two days ago," Rommel told me last week. "We have 4.2 million cubic yards of the stuff in our county. Simple math will tell you, at this rate it's going to take 4-6 months to get everything out of here. And that's unacceptable." (As of Monday, Oct. 9, that figure has risen to 340,000 cubic yards collected.)

Four-to-six months means Collier businesses will suffer through the 2017-2018 tourist season. "Who wants to be down here with ugly and possibly dangerous debris piled up along the roads? Social media will be full of comments and photos," Rommel said.

With a pre-event contract to collect debris, that wasn't supposed to happen.

AshBritt President Randy Perkins, 53, has said Collier's storm debris will be collected. And at the agreed-to price. Just at a slower pace. But, if Collier would agree to pay more, AshBritt would put more trucks on the job.

Rommel is steamed. "What's the value of having a contract if you're not going to honor it?" he asks.

It's a fair question. Obviously, it's not about having enough vehicles to do the job. If AshBritt didn't have access to more trucks, it wouldn't be able to make a deal with the highest bidder.

The fact is, nothing of significance has changed since 2006, when Perkins was forced to defend his Katrina cleanup practices before a congressional committee and a report written for the committee looking into waste in government agencies after the storm concluded  that the federal government needs to get a firm grip on "the contracting failures both before and after the storm ..."

Now FEMA, instead of contracting with debris haulers itself, allows individual municipalities to find and pay their own contractors. FEMA will reimburse the cost based on the agreed contract price. But if a contractor wants more money to do the same work, there's no guarantee cities or counties will get the difference back. And if they do, there's no telling when.

"AshBritt wants us to pay more money to speed up collection," said Rommel. "But if we do, we're taking a big chance; we're putting taxpayers on the hook for money they shouldn't have to pay anyway.

"If it's the last thing I do, I'm going to make sure this company is held accountable."

AshBritt made news as early as a month after Katrina -- and most of it was negative. Generally, it centered around the $568 million in contracts AshBritt was paid that topped the federal government's list of hurricane-related costs for debris removal.

Congressional investigators pointed to the political connections of AshBritt, a client of the former lobbying firm of Gov. Haley Barbour of Mississippi. That, they say -- political connections -- is where the company's magic lies. (Barbour, incidentally, described as "one of Washington's all-time mega-lobbyists," was also a former chairman of the Republican Governors Association, and considered instrumental in the controversial no-bid contract New Jersey Gov. Chris Christie gave AshBritt to clean up after Hurricane Sandy.)

Take a moment to watch the 2006 Katrina-aftermath video on this page. When pressed, Perkins admits to U.S. Rep. Chip Pickering, D-Miss. that AshBritt's only piece of equipment is the jet it flies between Florida and Jackson, Miss. It has no dump trucks nor did it collect a single piece of debris. While AshBritt, the U.S. Army Corps of Engineers' hauler of choice, made a $100 million profit at $17 a cubic yard in one community, the local hauler who did the actual work made $9 a cubic yard.

Perkins and AshBritt are featured large in the August 2006 report for the congressional committee, detailing fraud, waste, and abuse in post-Katrina contracts. Here is an excerpt:

Neither Perkins nor any spokesperson from AshBritt returned numerous calls last week.

But, when confronted with allegations of overcharging and mismanaged contracts during Katrina, Perkins told Treasure Coast Newspapers last year  his company would be prohibited from bidding on federal contracts anymore if any agencies found it had committed wrongdoing. "These prices were deemed reasonable by the Corps of Engineers when they selected our company," Perkins told the newspaper.

Certainly, neither those prices nor Perkins' tactics are deemed reasonable in 2017; they were soundly thumped by the investigating congressional committee in 2006.

The Sun-Sentinel reported Pompano Beach was the first city in Broward to pay more to AshBritt. It wound up with 40 trucks hauling debris Sept. 15, four days after Irma blew through the state. Lauderdale Lakes, meanwhile, which didn't agree to pay more, had to wait until Oct. 4 -- and even then, the city saw only two trucks.

In September  State Rep. Robert Asencio, D-Miami, wrote to Carlos Gimenez, mayor of Miami-Dade County, urging him to expedite debris cleanup. "These massive piles are a haven for disease-carrying vermin, which can easily infect children, the elderly and family pets. Furthermore, decaying food, toxic fluids and sharp metals sticking out of the mounds further heighten the health risk ..."

Gimenez then wrote a letter to President Trump asking for "a higher federal cost share to cover clean up and recovery efforts, and I respectfully request an increase from a 75 percent to a 100 percent federal cost share for Public Assistance Category A."

"If it was up to me," said Rommel, "a company that agreed to a contract like this but didn't have the ability to live up to it would never do business in Florida again."

This story was updated at 6:33 p.m. with the corrected Collier County debris collected figure. Reach Nancy Smith at nsmith@sunshinestatenews.com or at 228-282-2423. Twitter: @NancyLBSmith

My husband has been hauling

Permalink Submitted by Valerie on October 22, 2017 - 5:53pm
My husband has been hauling debris on disasters for 20+ years. I keep reading all these articles about Ashbritt not fulfilling contracts and price gouging. Either nobody understands how this works or they are willfully blind to make a more dramatic article. Ashbritt signs a contract which is very competitively bid. Ashbritt does not own trucks and does not employ operators. What they have is a stack of phone numbers they call. On any "normal" disaster, there are enough trucks to get the job done in a reasonable time period. Between Harvey and Irma, this is far from a "normal" disaster. The idea that there are trucks sitting on the sidelines waiting for higher pay is absurd. My husband has been working 12-14 hours a day for 54 days without a day off, as has everyone he knows in the industry. Pricing comes in because the truck owners don't sign contracts until a storm hits. If you are job hunting and you have your choice of jobs and one pays 50% more than the others, which do you choose? Ashbritt cannot make trucks go anywhere! All they can do is ask. So, now, haulers are going to where the money offered is higher. However, even if every single contract was the same, there are not enough trucks. Period. They are very expensive with limited applications and their operators have to be highly trained. There are only so many and they are working themselves into the dirt right now.

Permalink Submitted by The Trapper on October 9, 2017 - 3:33pm
A politically connected bunch of thieves enriching themselves at the taxpayer feed trough. I'm shocked! Shocked I say! At least they should interject a smidgin of humor and call it "Tammany Hall Graft Enrichment and Disposal Service" Boss Tweed and Kilwannabee Kilpatrick (Detroit, now serving 28 years) could have studied at the knee's of this bunch of scumbags.

Permalink Submitted by Robert Warner on October 9, 2017 - 2:31pm
Good folks believing in "contracts" don't realize that "contracts" are not magic things that "magically" make things happen. They take people, resources, and hard work. And it's a legal "language' thingy - that sometimes involves litigation. Any "surety" behind these good folks? But then, since we have relegated good government to the garbage heap, guess what....