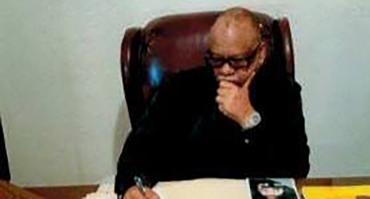 The brother of one of a former Florida congressman is looking to make a political impact of his own.

Herman West, Jr., a pastor who served as a Marine in the Vietnam War and the brother of former U.S. Rep. Allen West, R-Fla., is running for the Republican nomination to challenge U.S. Sanford Bishop, D-Ga. First elected to Congress in 1992, Bishop represents much of the southwestern part of the Peach State including Albany and Thomasville and parts of  Columbus and Macon.

West launched his congressional bid this summer and, like his brother the former congressman, he is a staunch conservative. On his campaign website, West stresses his support of free market economics and and opposition to government run health-care, abortion and same sex marriage.

Brown has generally won with solid majorities in recent years. While he did face a close race in 2010, a banner year for the GOP, he has won with double digit margins since then, often cracking 60 percent of the vote.

West does not have an open shot at the Republican nomination. Bruce McPherson, an officer in the Army Reserve who served in Afghanistan, kicked off his bid to challenge Brown earlier this month.

Earlier this month, Allen West said he intends to get more politically active through  the Guardian Fund PAC he founded. Currently, that PAC is led by U.S. Rep. Barry Loudermilk, R-GA. After more than two decades of decorated service in the Army, Allen West ran for Congress in 2008, losing to then U.S. Rep. Ron Klein, D-Fla. Two years later, West beat Klein in a rematch. Despite becoming a favorite of conservatives at the national level, West was defeated in 2012 by Democrat Patrick Murphy. Since then, West’s name has garnered buzz as a possible U.S. Senate candidate but he hasn’t run for office.

In November 2014, Allen West announced that he was moving to Texas to become CEO of the National Center for Policy Analysis (NCPA), a conservative think tank based out of Dallas. Following his decision to take over at NCPA, West left the Guardian Fund PAC. Back in January 2015, West turned the PAC over to Loudermilk. Over the summer, the NCPA announced that financial problems ensured the group would be shutting down with its board voting to close shop.