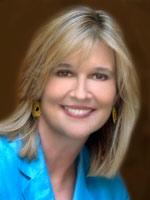 When the country's second-largest lumber producer tries to take the U.S. Justice Department to the Supreme Court over a forest fire that started under the distracted gaze of a watchtower forester -- who at the time was reportedly peeing on his own bare feet -- you can expect a few sparks to fly.

She can't stop talking about what happened. She wrote an entire book about it. Now she's telling people in other countries about why she should have won. In India last weekend, she told an audience that she won in all the smart, cool places and then hit a pandering low that puts a catalogue of others to shame.

It was a profoundly poignant image: Thirty to 40 teens huddled together in a small dark room, their downturned faces illuminated by cellphones as they learned about an active shooter prowling their school.

It was a good speech.

Calm down. I said good.

Despite talking for an hour and 20 minutes, the longest speech since Bill Clinton's much-mocked 2000 stem-winder, Donald Trump's first State of the Union address did exactly what it needed to do: nothing.

As the #MeToo movement gained momentum the past several weeks -- and more than a dozen powerful men accused of sexual misconduct were suspended, fired or banished into the outer darkness, it was reasonable to wonder where it would all end.

Even though an estimated 115 million Americans rushed to malls and big box stores for Black Friday sales, others were reporting that the annual spend-a-thon has lost its bang.

Because Sarah Sez So, That's Why

A Groper's Gallery of the Grotesque

It seems more than coincidence that the first year of Donald Trump's presidency coincides with a trend that was heretofore unrecognized -- groping.

What to My Wondering Ears Did He Say?

Without nearly enough fanfare, Senate Majority Leader Mitch McConnell made history this week with a scant four words: "I believe the women."