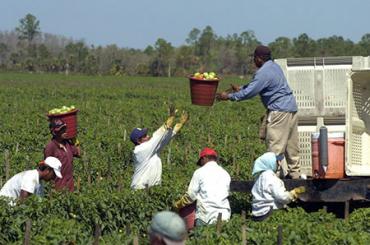 Even before Sen. Tom Lee, R-Thonotosassa, filed a bill that would require all state employers to use the federal E-Verify system to validate workers’ immigration status -- a priority for Gov. Ron DeSantis -- the same Republican-aligned forces that stymied similar legislation two of the last three sessions were campaigning against it.

Lee, a former Senate president, introduced Senate Bill 664 last week, but a coalition of more than 60 business leaders and former elected officials, the Immigration Partnership and Coalition Fund Coalition (IMPAC), had been lobbying against it since September.

E-Verify “would be a disaster for Florida’s economy. With record low unemployment and staggering worker shortages in the hospitality and agriculture sectors, imposing mandatory E-Verify would only further hold back the growth of our economy,” the IMPAC Fund wrote in a Sept. 23 letter to Senate President Bill Galvano, House Speaker Jose Oliva and DeSantis.

According to the IMPAC Fund, adopting E-Verify could jeopardize the jobs of 1.1 million U.S. citizens nationwide and cost Florida employers $4.7 billion to replace “lawfully present workers that receive false disqualification.”

But E-Verify also has deep support within the state’s Republican contingent, from the governor on down. Lawmakers will be in session during a campaign year with President Donald Trump leading a GOP ticket championing restrictive immigration policies popular with party voters.

E-Verify is an electronic federal database created in 1996 and maintained by the Social Security Administration and Department of Homeland Security to check workers’ identities to confirm they can legally work.

The immigration status check is required to varying degrees in 20 states, with South Carolina, Arizona and Mississippi adopting mandatory E-Verify bills in the last two years.

E-Verify is used by more than 700,000 employers and 2.4 million hiring sites nationwide, according to the Social Security Administration.

Mandating E-Verify for all employers has been a hotly contested issue in Florida for a decade.

As part of his 2010 gubernatorial campaign, Gov. Rick Scott called for all businesses to use E-Verify. In response to criticism by the business and agricultural groups, Scott limited the E-Verify requirement in a 2011 only to state agencies.

DeSantis pledged to sign a mandatory E-Verify bill if one was adopted and accused Putnam of collaborating with agriculture interests to skirt immigration laws and undermine efforts to adopt the pre-employment immigration status check.

DeSantis’ support for E-Verify in the context of immigration reform is among factors cited as reasons for his upset win over Putnam.

In April 2018, after passing two preliminary votes, the Constitutional Revision Commission (CRC) shot down a proposed ballot measure asking voters to require E-Verify for all employers in a 24-12 tally.

SB 164 filed by Sen. Aaron Bean, R-Fernandina Beach, and HB 89, filed by Rep. Thad Altman, R-Indiatlantic, would have required all private employers and state contractors to enroll in the system. The bills never got hearings before any of committees they were referred to.

After the 2019 session, DeSantis vowed to continue to press for E-Verify and cited discord among GOP legislators as the reason it was not adopted.

The governor wants an E-Verify law that will require all private employers to use E-Verify for new hires, but not for workers already on the payroll.

Lee’s SB 664 would require all employers to start using E-Verify by Jan. 1, 2021. In line with DeSantis’ request, it does not require immigration checks of workers hired before the E-Verify start date.

The proposed law would require employers to turn over records proving employees are citizens or authorized to work in the U.S. Businesses that don’t meet the rollout date would risk losing their licenses.

Under the bill, the Florida Department of Economic Opportunity (DEO) would also alert the U.S. Immigration & Customs Enforcement Agency (ICE) of identities of any unauthorized aliens employed by the business.

John Haughey is Florida the contributor to The Center Square.

Permalink Submitted by Anonymous on March 27, 2020 - 4:33am
[ USA ONLY ] Getting paid every month easily more than $15k just by doing simple job online. Last month i have exactly received $16839 from this online job just by giving this 2 hrs a day online. Now everybody on this earth can get this job and start earning more cash online just by follow instructions here........for more info visit any tab this site Thanks a lot Copy Here.........>> ↓↓↓↓ ↓↓↓↓ www.Wikitrender.com

Permalink Submitted by Anonymous on March 19, 2020 - 7:13am
I get over $15k a month working part time. I kept hearing other people tell me how much money they can make online so I decided to look into it. Well, it was all true and has totally changed my life... Go Here............ WikiTrender.com

Permalink Submitted by Dennis on November 14, 2019 - 5:21am
Pass this bill. Cheap labor costs taxpayers millions to support the illegals. They do not belong here.

The question to ask is, how

Permalink Submitted by Direct and Clear on October 31, 2019 - 10:14am
The question to ask is, how many racist whites, how many Amercian citizens, how many of those who criticize the workers are willing to do the job? If we do the work, no one from other countries comes to do it. On occasion, searching where the root of problems is results in the best solution. If you are not willing to work your homeland and die for it, you have no right to those who do, it is definitive that thanks to them you eat.

Permalink Submitted by jerry on October 30, 2019 - 11:29am
E verify and Obama fining employers big time for hiring illegals is why they stopped coming and many here left a they couldn't get a job...……Then Trump stopped enforcing employer penalties as he was guilty too and they came by the 100s of thousands thanks to Trump...…....….Note in the big raids Trump bragged about yet none of the employers were charged like Trump should for his illegal workers...…...... .And what would Trump do for employees? ;^)…...…..Other than import them from Poland again taking more Floridian jobs away to cheap H2B visas that somehow in the lottery for them, Trump always wins...……...…..

I do not know where you get

Permalink Submitted by Crystal Burgos on October 31, 2019 - 8:36am
I do not know where you get your information, however, E-verify has never been implemented on a national level. It is still not implemented nationally. If you read the article you will see that only a few states have implemented E-verify ON THEIR OWN! In fact, they faced legal challenges from the federal government under Obama for doing this. Obama never supported E-verify. I have been donating to NumbersUSA and sending emails/faxes for over a decade to get this legislation passed at the national level to no avail.

Apparently you think that if

Permalink Submitted by Anonymous on October 30, 2019 - 12:58pm
Apparently you think that if you lie about President Trump that people will believe you. In reality, only the deranged left claim to believe such left-wing hallucinations. Normal people laugh at left-winger lies.

In reality, it's not Trump

Permalink Submitted by Anonymous on October 30, 2019 - 3:20pm
In reality, it's not Trump that these left-winger freaks hate. It's the American voters that elected him. If a different Republican had been elected, the freaks would attack that president instead. Wingers are weird that way.

Permalink Submitted by Jerry on October 30, 2019 - 1:09pm
ROTFLMAO!!...….....At 14k plus lies, Chump is the champion liar and you all are the champion chumps for believing anything he says...…......……..Your idea of normal is very warped dude, like chump's...……..Thankfully Chump has shown everyone just how morally and fiscally bankrupt repubs are and why they lost the house big time and lose the presidency, the senate in 12 months...…...I'm guessing you have no clue what a fact checker is.

The GOPs in this state will

Permalink Submitted by NoMoreRepublicans! on October 30, 2019 - 11:23am
The GOPs in this state will NEVER make E-Verify MANDATORY for ALL Florida employers - and the Democrats won't ever do it, either! It's the solution to the problem - but the Big Business interests that finance both Republican and Democratic election campaigns DO NOT WANT IT! In this state, agricultural, tourism, and construction interests will continue to beat it back.

Agree with you, Jolene.

Permalink Submitted by SandraW on October 30, 2019 - 10:44am
Agree with you, Jolene. Government needs to get out of partnering with business (Big Ag, Big Pharma, etc.) and enforce and comply with the law as written.

We do not need migrant manual

Permalink Submitted by Jolene Morrison on October 30, 2019 - 10:20am
We do not need migrant manual labor to harvest our food. The "fourth agricultural revolution" is bringing much new automation which will provide skilled technician jobs instead of manual labor jobs. It will result in less expensive and higher quality food without any need for migrant labor - or forcing humans to do back-breaking work like that.