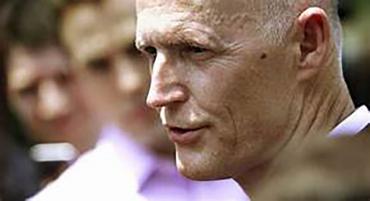 With new reports that the Trump administration is considering sanctioning Turkey for its increased ties to Russia, including buying missile defense systems, U.S. Sen. Rick Scott, R-Fla., encouraged the White House to implement them.

Scott weighed in on reports that the administration will sanction Turkey for buying S-400 missile systems from Russia.

“I’ve been greatly concerned about Turkey siding with Russia over NATO, culminating in their purchase of the Russian-made S-400 air defense missile system,” Scott said on Wednesday. “As I have previously stated, it is time for the administration to declare this sale a significant transaction under the Countering America’s Adversaries Through Sanctions Act (CAATSA), and fully implement the sanctions required under CAATSA. NATO exists to safeguard freedom and democracy – in particular because of the threats from Russia – and Turkey’s actions actively undermine these goals.”

Scott has been calling on American allies to discuss Turkey’s continued role in the North Atlantic Treaty Organization (NATO).

Back in July, with the support of U.S. Sen. Todd Young, R-Ind., increasingly an ally that the junior senator from Florida is working with, Scott brought out a resolution which would sanction Turkey for buying the S-400 air and missile defense system from Russia. The resolution also questions if Turkey should be included in NATO. Turkey has been a member of NATO for more than 65 years.

“Turkey’s purchase of military systems from Russia threatens our national security and the stability of NATO,” Scott said in July before turning his fire to Russia. “We cannot allow Russia – which tries to interfere in elections across the globe, supports Maduro’s genocide in Venezuela, and threatens the peace and security of democratic nations – to interfere in Turkey. It is our responsibility to protect the safety of American families and our allies, and we must call upon members of NATO to determine if Turkey presents a danger to the alliance.”

Scott’s resolution calls for NATO members “to discuss the future role of Turkey in NATO given its engagement with Russia.”

While the Trump administration has been reluctant to support adding sanctions Turkey, there have been increasing calls to do so on Capitol Hill.

“The law clearly mandates sanctions penalties for ‘significant transactions’ with the Russian Federation’s defense and intelligence sectors, which would clearly include the delivery of an S-400 system,” U.S. Sen. Bob Menendez, D-NJ, told the media in July.

Yes we should sanction Turkey

Permalink Submitted by Angie West on September 16, 2019 - 6:46pm
Yes we should sanction Turkey, they break the NATO agreements all the time and get away with it. Erdogan may be the problem but the citizens of Turkey elected him. Elections have consequences.

Permalink Submitted by DumpTrump2020 on September 13, 2019 - 11:19am
Shouldabenafelon Scott (Mr. Medicare/Medicaid Fraud) is as bad as chickenhawk Bolton! (And, just as irrelevant - even according to the draft-dodging Pres. Bone Spurs.)

You need to change your

Permalink Submitted by Anonymous on September 13, 2019 - 11:30am
You need to change your Depends again.

The problem is that it's

Permalink Submitted by Mary Fuller on September 13, 2019 - 8:57am
The problem is that it's Erdoğan, not Turkey, who is increasing ties with Russia.

THERE GOES THANKSGIVING (and

Permalink Submitted by Anonymous on September 13, 2019 - 8:56am
THERE GOES THANKSGIVING (and it was So Close Too !)