Arrest of Billionaire Jeffery Epstein Brings Renewed Focus on Alex Acosta ... but Should It? 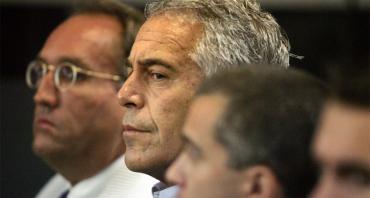 Jeffrey Epstein, center, in custody in WPB in 2008

Billionaire Jeffery Epstein is the absolute height of a polarizing figure. He is accused of some of the most heinous illegalities, but he has managed to skirt severe punishment while enjoying cover from prominent figures.

Epstein's indictment on charges he operated a sex trafficking ring in which he sexually abused dozens of underage girls has reignited hope for many on the political left that President Trump may be implicated, and several South Florida figures are involved.

Epstein, 66, was arrested Saturday night at Teterboro Airport in New Jersey aboard his private jet as he was  just returning from Paris. Later that evening, federal agents executed a search warrant of his mansion in New York City and seized a "vast trove" of lewd photographs of young-looking women or girls, prosecutors said in a bail memorandum.

On Monday Epstein pleaded not guilty to the charges. His bail hearing is set for July 15.

Of particular focus in the investigation, in those with ties to Trump, is U.S. Labor Secretary Alex Acosta. Acosta served as prosecutor in Miami federal court in the trial against Epstein in 2008, culminating in what many hold to be an unsatisfactory judgment. Many have complained about the slim punishment handed to Epstein: a 13-week sentence spent in a West Palm Beach jail. The plea agreement meant Epstein would avoid further federal charges for trafficking in Florida.

The accusations have taken on a decidedly political tone from the accusers. Congresswoman Debbie Wasserman Schultz was pointed in her comments. “It’s time for Acosta to be held responsible for letting Epstein elude real justice for so long,” the Florida Democrat said.

The rationale behind the plea deal is far more nuanced than critics allege. Despite there being a number of young females delivering charges, only one was willing to take the stand. Epstein also passed a polygraph test in which he declared he was unaware any of the abused girls were underage. Sensing their case may be dissolving, the prosecution team elected to go with the terms of the so-called "sweetheart deal" in order to get jail time, and make sure Epstein would be registered as a sex offender.

Epstein would agree to plead guilty to charges of solicitation, and the solicitation of minors to engage in prostitution in a Palm Beach County Circuit Court -- which would then preclude any federal charges. He would have to become registered as a sex offender, and Epstein would agree to any settlements with up to 30 potential victims in civil cases. He ended up serving 13 months of his 18-month sentence at the West Palm Beach Stockade, where he had a work release agreement.

More details not blatantly reported at the time, but brought to light in large part by the Miami Herald’s lengthy investigation into the decisions, is that Epstein’s brokered deal could also have involved his providing the feds with key information to pursue -- the opportunity to reel in more and perhaps bigger fish. In a batch of released records regarding the Epstein investigation, there is indication the FBI was also receiving information from the West Palm billionaire. (See the document below.) It is possible this was part of the lawsuit announced this past winter and brought against two fund managers from Bear-Stearns. Epstein was described as being a “key federal witness” in that case.

While the desire to link Trump to Epstein is ongoing, it is also an endeavor filled with risk. There are tangential connections made to the billionaire from the past, there is little evidence to show the president has been involved to a level of actually traveling to Epstein’s island. Bill Clinton, by contrast, was documented as having made up to two dozen trips to the Caribbean retreat.

Meanwhile, in court documents a lawyer for one of the victims stated Epstein had been barred by Trump from his West Palm Beach club Mar-A-Lago for a sexual assault on an underage female. It is safe to say this case will continue to unspool in the coming months, and probably longer.

Permalink Submitted by Bill-1 on July 12, 2019 - 2:18pm
Looks like Acosta will step down....https://www.nytimes.com/2019/07/12/us/politics/acosta-resigns-trump.html?action=click&module=Top%20Stories&pgtype=Homepage

Why would he not dumbass,

Permalink Submitted by Get a job Slager on July 10, 2019 - 4:56pm
Why would he not dumbass, even you cannot be that stupid... This has privilege all over it... Aside from that, Trump said, “I’ve known Jeff for fifteen years. Terrific guy,” the then-socialite Donald Trump told New York in 2002, in a profile of Jeffrey Epstein. “He’s a lot of fun to be with. It is even said that he likes beautiful women as much as I do, and many of them are on the younger side. No doubt about it—Jeffrey enjoys his social life.”"

Let them enjoy their social

Permalink Submitted by Bill-1 on July 10, 2019 - 6:17pm
Let them enjoy their social practices in Hell. Let Justice prevail and freedom arise let the true warriors rise and quicken the populations, Let Justice release the prisoners, the many children who may heal and grow to someday slice this evil that is consuming our world.

It's going to be difficult

Permalink Submitted by VoteDem2020 on July 9, 2019 - 11:21am
Absolutely! Acosta was clearly complicit - either by design (with some as yet unknown benefit received) - or through incredible professional incompetence. (Otherwise, Acosta's only possible excuse is that really getting into prosecuting and punishing Epstein as it should have been done would have brought many other "very famous names" to the surface!)

Permalink Submitted by Sophia Hale on July 9, 2019 - 12:59pm
That's like trying to claim that serial homosexual murderer John Wayne Gacy wasn't a Democrat party activist (which he indeed was).

YES! How many low lie, scum

Permalink Submitted by Tom on July 9, 2019 - 10:42am
YES! How many low lie, scum bags, thieves & crooks does trump had titles to raid the federal coffers? What happened to drain the swamp?

Stop trying to portray the

Permalink Submitted by Colt Seavers on July 9, 2019 - 10:41am
Stop trying to portray the Epstein issue as a legitamite thing. Everyone knows this is leftist cannibalism of Epstein in an attempt to get him to "compose a fake song" of Trump sleazy involvement in scrumping little girls. Heck just the mention of Debbie Blabbermouth Schults' name in the above article is proof positive this is the left's latest and greatest Trump Gotcha hope and dream.

And you don't think it's

Permalink Submitted by Isabella42 on July 9, 2019 - 12:51pm
Never mind that Trump banned Epstein from his properties in 2009 for hitting on a young girl. Plus he assisted police in their investigations. You poor pathetic lying Dems ignore your Billy boy and his 27 trips on the Lolita Express to his island. You are all sick!!

Here we have Slick Willie

Permalink Submitted by Frank on July 9, 2019 - 12:31pm
Here we have Slick Willie having been DOCUMENTED going there dozens of times and there is nothing to indicate even a single visit by Trump. Nice try though!

Trump aside, why would

Permalink Submitted by Bill-1 on July 9, 2019 - 8:46am
Trump aside, why would Epstein plead guilty to a lesser charge if he was not guilty at all? Brad old boy you may really like Trump and you surely must realize that there are others who dislike a gambling hall/saloon keeper and oligarchical billionaire running this country to the ground.

There's no question that

Permalink Submitted by VoteDem2020 on July 9, 2019 - 11:35am
There's no question that Epstein is guilty. He pled guilty to the original (reduced) charges. The bone of contention is why did Acosta provide such a supercilious and laughable punishment?

Was Acosta a republican when

Permalink Submitted by Bill-1 on July 9, 2019 - 7:00pm
Was Acosta a republican when he cut that sweet deal? What does Trump think now of his choice of Acosta in his choosing Acosta to a high governance position? The Rule Of Law is a construct where the participants agree to follow the rules, but real law has its foundation in justice, when these ideas come into conflict, in the end true Justice will prevail. Justice Must Prevail, if we are to move on to a proper working of civilizations.

Gee Bill, drink much? Have

Permalink Submitted by Ray Blacklidge on July 9, 2019 - 9:43am
Gee Bill, drink much? Have you taken a step back and seen how well the Economy is doing, how upset the swamp is, how many Americans are now employed, and how many people support Trump? If pushed, Epstein will bring down hordes of Democrats and not Trump.

We shall see, let Justice

Permalink Submitted by Frank on July 9, 2019 - 1:20pm
Yes, and just like the Russian collusion story we will again see that it was Democrat party minions that were the actual characters in the story.

Join me in reading the

Permalink Submitted by Ocean Joe on July 9, 2019 - 7:26pm
Join me in reading the Mueller report. You can download it for free. Much of it is blacked out due to ongoing prosecutions. I am at page 182 of 443, it is a slow read with all those unpronounceable Russian 8-syllable names. You will be disturbed unless you are a member of the politburo. And Epstein: Lock him Up!

Curious how you say "Trump

Permalink Submitted by Brad Slager on July 9, 2019 - 9:37am
Curious how you say "Trump aside", then immediately accuse me of liking Trump?! Trump was not a factor in the court decision -- it took place in 2008.

I did not mean to sound

Permalink Submitted by Bill-1 on July 9, 2019 - 11:10am
I did not mean to sound accusatory, what I was trying to do was de-link the two names and point out that sweetheart deal spared Epstein from a lengthy prison term. If Epstein was not guilty do you think he would have accepted a plea bargain? I tend to think that if this prosecution can continue it will bring down many and shine the light of justice in some pretty dark and scary places. They say justice is blind when she holds the scales of justice, but as some have noticed the scales can be easily tilted with dollar bills. Let us hope that true justice will prevail in spite of all the monkey business that is going on.

You can bet that Epstein told

Permalink Submitted by John on July 9, 2019 - 2:41pm
You can bet that Epstein told his lawyers to make the problem disappear with promise of lots of money.