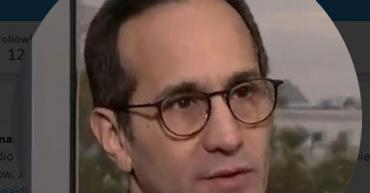 Florida's top financial regulator was placed on administrative leave Friday, after one of his staff filed a detailed sexual harassment complaint against him.

Ronald Rubin had been on the job as commissioner of the Office of Financial Regulation (OFR) for less than three months, having been appointed by Gov. Ron DeSantis and the full Cabinet Feb. 26.

“Due to these troubling allegations ... I am requiring an immediate investigation into the conduct of Commissioner Rubin. Every person deserves to feel safe and respected in their work environment. That standard is non-negotiable. Commissioner Rubin has been placed on administrative leave. I have directed my Office of the Inspector General to begin a preliminary investigation, and I will seek additional input from the Cabinet.”

The complainant said Rubin, while walking him/her to lunch, suggested the two stop in at his condo to see the progress on his renovations, including his bedroom. He invited the employee to travel to Washington with him, and when he/she declined, offered him/her the key to his apartment in Washington, D.C. at some future date.

The complaint released includes a host of redactions and does not give the name, job title or even gender of the employee. But it indicates the alleged incident involed a relatively new hire.

Rubin was unavailable for comment by telephone Friday night.

See the request for Rubin’s placement on administrative leave here.

See the request to investigate the complaint here.

Rubin, whose annual salary is $166,000, was a special counsel in the Division of Enforcement at the U.S. Securities and Exchange Commission before the State of Florida hired him.

The office, which oversees state-chartered financial institutions, securities firms, finance companies, money-service businesses and debt collectors, has an operating budget of about $41 million a year and nearly 360 employees.

The general counsel is continuing the Rubin investigation.

Editor's note: The original version of this story identified the complainant as a female. But his/her gender has not yet been disclosed.

I did not have sexual

Permalink Submitted by Slick Willie on May 14, 2019 - 1:04pm
I did not have sexual relations with that woman, Miss. Lewinsky.

Have you informed yourself

Permalink Submitted by VoteDem2020 on May 13, 2019 - 11:16am
Have you informed yourself regarding the 19 women who have publicly complained about the sexual misconduct of the Draft-dodger-In-Chief? Are you aware of his adultery in his three marriages? Humpty Trumpty, the TOP REPUBLICAN, is a lifelong expert in serial sexual misconduct!

I did not have sexual

Permalink Submitted by Slick Willie on May 14, 2019 - 1:01pm
I did not have sexual relations with that woman.

Sorry friend, I do not

Permalink Submitted by Andy Gillum on May 13, 2019 - 1:41pm
Sorry friend, I do not respond to trolls. You did not even vote for me troll-man.

Permalink Submitted by Anon on May 13, 2019 - 10:28am
Makes sense why he's actually a staunch republican though.

need to keep it about

Permalink Submitted by Anonymous on May 13, 2019 - 8:33am
need to keep it about business, not taking staff to your Condo dumbo...

Life is different here than

This is not sexual misconduct

Permalink Submitted by Rocking GrAnny on May 12, 2019 - 6:35pm
This is not sexual misconduct in my opinion. Men better stop talking to women period if they want a life.

Did you read the complaint?

Permalink Submitted by Anon on May 13, 2019 - 10:29am
Did you read the complaint? He talked about fertility and sex life and then invited his new female employee to his home? ....not appropriate behavior in the slightest

Permalink Submitted by C Breeze on May 11, 2019 - 9:14am
"Power corrupts, and absolute power corrupts absolutely" (and NOWHERE is *this* more apparent than in "politics"!)...