Did Virginia Make Us Jealous? Florida Politician Removes Herself after Licking Men’s Faces 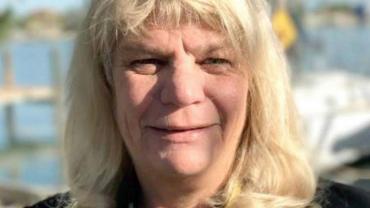 It's been a rough couple of weeks in Virginia, as the commonwealth's politicians have been on a weird string of career-threatening one-upsmanship. The consistent and persistent nature of controversy admittedly has been impressive. Following their proposal to legalize infanticide, a string of scandals has rocked the state capital.

In quick succession, we have been delivered these nuggets: The governor was found to have a blackface incident in his past; his potential replacement, the lieutenant governor, is embroiled in a serious sex-assault scandal; the attorney general has his own blackface incident; and a state senator has been discovered to have edited college yearbooks that permitted blackface content. Just to round out the oddness, Virginia also has a police sergeant assigned to guard duty during protests concerning Gov. Ralph Northam, now discovered to have ties to white supremacist groups.

With all of that political distemper on display elsewhere, you almost had a sense of relief coming out of our state. After all, we just had our own Capitol denizen chased off over this very issue, when Secretary of State Mike Ertel was dismissed at the end of last month for wearing blackface and mocking Katrina victims in 2005, after the storm killed at least 1,800 people along the Louisiana and Mississippi Gulf Coast.

But, apparently the Sunshine State can't stand to be outdone, because it's risen to the challenge.

In Madeira Beach, an island township on the Gulf side of St. Petersburg, City Commissioner Nancy Oakley just stepped down as the result of a sexual harassment scandal. Oakley has been accused -- wait for it -- of licking the face of the city manager. That might be enough of a story, except there appears to be a pattern to this behavior.

The incident in question occurred during a fishing tournament in 2012. Oakley was accused of licking the face of, and inappropriately touching, Manager Shane Crawford. Crawford says he did not file an initial complaint out of fear for his job, and that Oakley left the office shortly the next year. The incident, however, was brought back to life when Oakley decided to run for the same position in 2017.

Crawford filed an ethics complaint during that election and, true to his prior fears, Oakley teamed with another commissioner and the new mayor to have Crawford suspended. Oakley has chosen to step down based on the findings of the ethics commission. According to the finding, a significant amount of witnesses have provided a significant amount of testimony to the episode taking place.

It's appearing that Oakley could be something of a recidivist oral assaulter. Since this time, more people have come forward to report of her exhibiting this type of behavior. Last summer The Miami Herald reported the city public works director has endured multiple incidents of Oakley licking him. He told one investigator that at public events he avoids her, "in fear of unwanted sexual advances."

In addition, one sponsor of the local fishing tournament has said, not only has he been an Oakley licking victim, but so had a number of tournament volunteers. Although she has denied to investigators the incidents are anything more than misinterpretations of casual greetings between friends, Oakley has stepped down from her post.

It seems almost as if local officials are striving to live up to the town’s nickname of “Mad Beach”. As the Washington Post quotes one resident, “I would love to be part of a city in the news for good things, not dirt and garbage.”

Your move, Virginia -- what have you got?!

It all just goes along with

Permalink Submitted by Anonymous on February 11, 2019 - 11:10am
It all just goes along with the 'History of Trump'! Crass, classless, ignorant, stupid, unacculturated, and sh*tty upbringing.

Except she's a Democrat, so..

I don’t want my face licked

Permalink Submitted by Joker Marchant on February 11, 2019 - 7:15am
I don’t want my face licked by Angelina Jolie let alone the *** pictured abovre.

Permalink Submitted by Pmitchell on February 9, 2019 - 10:39am
Best line I’ve read in a long time, Brad Slager! “Your move, Virginia - what have you got?!” At least we can find some humor in all of this craziness. Thanks for the true “laugh out loud!”

Permalink Submitted by Harold Finch on February 9, 2019 - 8:16am
Well, Oakley looks like a bulldog so obviously it is natural for to act like one!! lol!!! The woman really needs help!