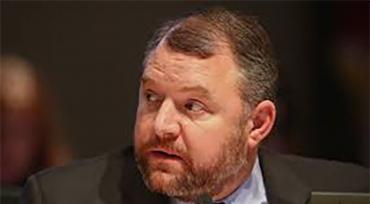 An economic-development fund created as a compromise after a battle between former Gov. Rick Scott and House leaders could be short-lived.

Senate Appropriations Chairman Rob Bradley, R-Fleming Island, said a close look is warranted at the $85-million-a-year Job Growth Grant Fund, which was passed by the Legislature in 2017.

“I’ve always had some concerns about the parameters of that money,” Bradley told reporters last week.

Bradley said his primary concern is that the “legislators are appropriators, not the executive.” Under the program, Scott had wide discretion in how to use the money for regional projects.

House Appropriations Chairman Travis Cummings, R-Fleming Island, said the House will also look at the fund. However, he has not received direction from Speaker Jose Oliva, R-Miami Lakes, and the House is waiting to see Gov. Ron DeSantis’ proposed budget and how the new governor views the fund.

“At this time, I think it’s still early,” Cummings said.

DeSantis, who did not directly address business incentives in his economic platform during the 2018 campaign, was slated to meet Monday with Ken Lawson, executive director of the Florida Department of Economic Opportunity, and Jamal Sowell, president and chief executive officer of Enterprise Florida. A calendar released by DeSantis’ office did not include the topics he was expected to discuss with Lawson and Sowell.

The Job Growth Grant Fund received $85 million from the Republican-dominated Legislature in each of the past two sessions over the objections of some Democrats who called it a “slush fund” that lacked oversight.

Enterprise Florida and the state Department of Economic Opportunity are required to review proposals before awards are granted.

The fund was created during a June 2017 special legislative session as a compromise between Scott and House leaders. The House had earlier sought to eliminate the business-recruitment agency Enterprise Florida and other economic-development programs that awarded incentives to individual companies to relocate to Florida or to expand in the state.

Scott drained the current fiscal year’s allocation to the Job Growth Grant Fund by awarding $48 million to 15 government agencies and educational programs in his final three weeks in office.

More than 100 applications have been made to the fund in each of the two years, with a total of 56 projects approved.

Among the recent awards were $357,328 to Gadsden Technical Institute to develop a diesel-system technician training program and $496,193 to the LaunchCode Foundation to provide coding and programming training at Brewster Technical College in Tampa. Other awards included $10 million to expand Pensacola International Airport, $10.2 million for construction of a wastewater treatment plant in Columbia County and $16 million to widen Kirkman Road to relieve congestion at the Orange County Convention Center and other major Central Florida destinations.

This year’s requests sought more than $620 million in funding. Most offered local matches.

Regarding the idea of

Permalink Submitted by VoteRedInstead on January 29, 2019 - 1:01pm
Regarding the idea of 'corporate welfare', if you offer a company $1 after it has done enough spending and growth that has already brought back $1 to the government coffers, not counting all residual economic boost from their growth, that is not corporate welfare. You're giving back the dollar they already gave to you, while the state enjoys the prosperous growth. It's well-spent economic development. Just needs to be offered wisely.

Permalink Submitted by VotedBlue on January 29, 2019 - 11:56am
As Bradley has said ... “legislators are appropriators, not the executive.” And ... ANYthing of Scott's that the legislature kicks back out would be a plus! Scott was a total finagler in favor of his personal special interests!