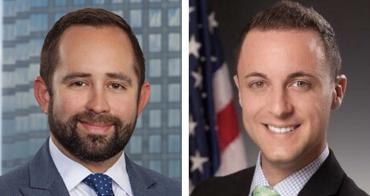 Gov.-elect Ron DeSantis on Wednesday named four additions to the Executive Office of the Governor. These key hires include Chris Spencer, who will join the administration as policy director; Justin Caporale as director of external affairs; and Amanda Emmons and Makenzi Mahler as director of scheduling and director of appointments, respectively.

“This team of qualified, dedicated and talented individuals will help us deliver on the issues that matter most to Floridians, from economic growth to water quality and more,” said DeSantis in a written statement. "I'm proud to announce their service to our state and I have every confidence in their commitment to the people of Florida."

Spencer most recently helped manage Transition Advisory Committee efforts for Governor-elect DeSantis. With experience in both chambers of the Florida Legislature, Spencer brings a wealth of policy and procedural experience to the new administration. A former chief legislative assistant in the Florida Senate, Spencer helped to manage the legislative office of Sen. Jeff Brandes, R-St. Petersburg.

Caporale is an experienced advance and operations professional with an extensive background in developing the strategy and overseeing the management of political events and advocacy campaigns. Justin worked as a senior advance and operations lead throughout the 2016 Donald J. Trump for President campaign before serving in the White House as a special assistant to the president and the director of operations for the East Wing. Justin previously served as the director of operations and chief of staff for Concerned Veterans for America and most recently worked as director of advance for the Ron DeSantis for Governor campaign before serving in his current role as executive director of the DeSantis-Nuñez Inauguration.

Amanda Emmons previously served in the governor-elect’s Transition as the director of scheduling, a role she also held throughout the DeSantis-Nuñez campaign. Prior to her role in the campaign, Emmons worked as a staff assistant to Sen. Marco Rubio, where she was a grant and intern coordinator for the senator's office.

“This is a talented group of individuals who have demonstrated the aptitude to serve not only the governor-elect, but the people of Florida with distinction," said Susie Wiles, executive director of the DeSantis-Nuñez Transition.

The staff will begin their work together Jan. 9, immediately after Gov. DeSantis and Lt. Gov. Nuñez take their oaths of office.

Ron DeSantis is a politician

Permalink Submitted by Marie D on January 29, 2019 - 11:39pm
Ron DeSantis is a politician through and through! I have never trusted his motives for wanting to hold public office. I believe he has a big ego that may get in the way of making sound decisions. We the people must keep an eye on him. I am an independent voter, wishing we had better choices in the race for governor.

Permalink Submitted by Gus Guadagnino on January 2, 2019 - 3:25pm
Gov.-elect Ron DeSantis Congratulations , wishing you all the best for 2019 and beyond - when you were up in Hernando County at Southern Hills CC we spoke very briefly of our organization www.VeteransHEATfactory.com - Starting with just a dream and no funding 15 months later we have saved lives and created a second chance at life for Veterans with PTSD- with the word getting out and more Veterans looking towards us for this no cost proven results help--fund and support is needed more than ever--Thank you for stepping up for the betterment of our state and our country Gus Guadagnino CEO Veterans H.E.A.T. factory 352-251-7015 - 352-650-1512