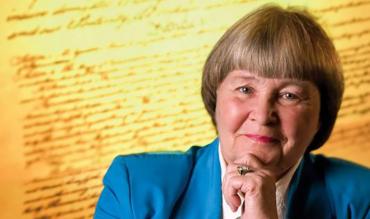 Time and again national pollsters insist on reporting how NRA members and other gun owners feel about gun control.  Don’t believe a word of it.

In gun control polls conducted by national pollsters, it is folly to believe that gun owners tell pollsters the truth about NRA membership, gun ownership, or their views on gun control.  NRA members and gun owners aren’t inclined to share their personal information with people they don’t know.

No one wants to be put on any kind of list of gun owners and that absolutely applies to lists created by pollsters for anti-gun clients.

The media love to cite national polls that claim NRA members and gun owners support gun control. That’s because they’re trying to push a gun control narrative, and the “poll results” fit their political narrative. But that doesn’t make it true.

The only legitimate poll of NRA members ever done was a national scientific survey commissioned by NRA. It surveyed 1,000 randomly-selected NRA members across the country and found that NRA members are united on today’s issues.

That is the only legitimate survey of NRA members in existence. It was conducted to expose the bevy of pollsters reporting false survey results.

NRA members and other law-abiding gun owners know better than to believe anything they read, see or hear in the mainstream media about NRA membership views or gun owner views on gun control. You should too.

Marion P. Hammer is past president of the National Rifle Association and executive director of Unified Sportsmen of Florida. She represents both organizations in Florida.

Permalink Submitted by Tired of the SJ... on July 4, 2018 - 11:54am
Bob S - Holy crap I spit my drink out after reading your response. Great one. Now I have to go clean my monitor and wall. You my good Sir have made my 4th of July a great one thank you very much!

You could independently check

Permalink Submitted by ochwill on July 4, 2018 - 11:00am
You could independently check out the Rolling Stone articles claims if you don't trust them. Have you read the article?? If not, is that an unbiased viewpoint. I like to hear arguments from both sides before making a decision. Either way, good luck. cheers

Two more links for your

Permalink Submitted by C Breeze on July 3, 2018 - 4:03pm
Never fear Ms. Hammer: We who understand the 2nd Amendment, and the reasons it was created, and what (and ALL) it was meant to protect, are "with you, and the NRA"! We are the truly singular Republic/nation whom our founders saw fit to protect against treasonous, frivolous, and greedy government (having themselves experienced an insidious, oppressive government). The NRA will survive, unless we (all of us) are arrested, locked up, or dead ! "Is life so dear, or peace so sweet, as to be purchased at the price of chains and slavery? Forbid it Almighty God ! I know not what course others may take; but as for me, give me liberty, or give me death !" (Patrick Henry 3/23/1775 Richmond, VA)

Wow. I'm wondering how you

Permalink Submitted by Anonymous on July 20, 2018 - 1:29pm
Wow. I'm wondering how you can drop the term "well regulated militia" from your NRA inspired guns everywhere mantra. You appear to not care about america's gun violence epidemic whosoever. 21 concealed carry holders have shot and killed policemen. 550 have committed sucide. 60 are awaiting trial for homiced. Hundreds have committed homicides and homicide/suicides. Why are you opposed to common sense safety regs like trigger locks and mandatory ammo storage remote from weapons? Why are you opposed to mandatory safety training. Or reigning in the insane infantry rifle craze giving anyone the ability to kill dozens or even hundreds of their fellow citizens? That makes no sense whatsoever. You can kern about gun violence at ViolencePolicy.org, Everytown or #MArchForOur Lives which ACCURATELY portrays the gun violence statistics america has. Why be afraid of facts?

The gun and ammo industry

Permalink Submitted by ochwill on July 4, 2018 - 2:35pm
The gun and ammo industry appreciates your support.

Permalink Submitted by ochwill on July 4, 2018 - 10:58am
Interesting comment about your 2A rights. Thanks for sharing your viewpoint .... I'm wondering if you are ware that the NRA has managed to block funding for the ATF to have modern computer system capable of tracking gun sales and ownership. we know guns are moving from states with weak gun safety legislation to states with strong gun safety legislation but its difficult to track which gun dealers are doing that, The ATF needs funding for a modern gun database and computer resources that enable it to track lawbreakers. The NRA opposes that. Why? Its impossible in my view to disassociate their stance on this with the fact that they get a lot of their funding from gun and ammo manufacturers and they work very hard politically to pressure lawmakers to support their agenda.

BobH can’t answer because he

Permalink Submitted by Billy Allen on July 3, 2018 - 2:55pm
BobH can’t answer because he is just reading from his liberal script......

Permalink Submitted by ochwill on July 20, 2018 - 10:53am
"My liberal script" Yes facts and data and gun violence statistics are a real problem for people like you. ViolencePolicy.org (if you have the intellect to understand what it says), which frankly, I doubt.

Permalink Submitted by Ben on July 3, 2018 - 2:50pm
Some folks, like shotgunners, might not be afraid of gun control. They might tend to think it won't affect them, in fact I've heard some say that. Now we've had this shooting in Maryland, slide action shotgun. The news media's ignorance of shotguns was classic!, but now shotguns are in their sights....

Thanks for sharing. I agree

Permalink Submitted by ochwill on July 4, 2018 - 11:25am
Thanks for sharing. I agree the news media have an important role in sharing information about gun violence. I lived in the UK a few years back and shotgun owners had to be embers of a gun club for a year at least and have the approval of the gun clubs membership, a police interview and mandatory safety training before they can own a shotgun. This all seems extreme to me BUT the UKs gun violence rate is a minor fraction of americas. I'm not sure of the details but their gun laws are pretty restrictive. Might not be the best model but theres no question that gun violence in the UK per capita is minor compared to the US rates. But I don't consider Brits to have a lot of freedom and its not a good model for america.

Violence is up in the UK.

Permalink Submitted by lineflyer9 on July 4, 2018 - 1:23pm
Violence is up in the UK. Instead of guns, they are using knives. Old people and women cannot protect themselves against strong outlaws who do not follow ANY LAW.

Homicude with knives in the

Permalink Submitted by ochwill on July 20, 2018 - 1:35pm
Homicude with knives in the UK will never match the 95 people per day killed by gunfire in america. Nice try. Didn't work. Guns are ideally made for killing. In fact, that is their purpose for existence. 30,000 knife deaths in the UK this year? Hardly. Its not good when you haven't bothered to think through the issue you are discussing . ViolencePolicy.org or Everytowna nd you can get ACCURATE stats on gun violence in america. The NRAs "good guy with a gun" myth accounts for very very few incidents.

Guns everywhere is not a

Permalink Submitted by BobH on July 3, 2018 - 2:23pm
This law-abiding gun owner knows better than to believe anything he reads, especially articles written by someone with an agenda such as Marion P. Hammer.

If her agenda is putting her

Permalink Submitted by Pete on July 3, 2018 - 3:19pm
If her agenda is putting her country and constitution and the citizens who believe in freedom and the rule of the law, what’s the problem here BobH. I guess you know more about her agenda than she does.

Permalink Submitted by ochwill on July 20, 2018 - 11:09am
Hmm The rule of law,,,,,21 concealed carry holders have killed policemen since 2006. 550 have commatted suicide or homicide/suicide. 60 are awaiting trial on gun homicide charges. hundreds have been convicted of gun homicide. Sorry buddy but thats not a well trained militia. It is possible to enforce simple gun safety legislation like mandatory trigger locks and safety training for all gun owners. This would reduce gun violence. Giving the ATF the money to build a modern computer system data base of gun registration by serial number is a simple way to control gun trafficking in the USA. Clearly theres a lot of that going on (Mexican firearms in gang and drug violence are usually american) .The list is long here on what can be done. Please go to Everytown to learn about america's very severe gun violence problem and how we can fix it. Thanks !

Permalink Submitted by ochwill on July 4, 2018 - 11:39am
Hey Pete. Her arguments casting doubt on gun safety polls and opinion polls about the NRA are misleading. The polls indicating an erosion of support for the NRA are real. Polls indicating americans want better gun safety legislation are real. And the numbers indicate more americans are pushing of better gun safety laws. And thats the problem with Hammers letter. he totally ignores those stats and tries to fool readers into believing the polls are biased. Denying that america has a very real gun violence problem and that americans are looking for ways to change that which is what she's doing, is deceitful.

Permalink Submitted by ochwill on July 4, 2018 - 11:32am
Hey Pete. Yeah that wasn't very constructive. I think the problem with Hammers letter is that she focuses on NRA membership and ignores the rest of the poll data independent of supposed NRA membership.

What is her agenda Bob?