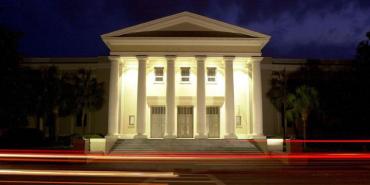 Rejecting arguments by the Sierra Club, the state Supreme Court on Thursday unanimously backed a 2016 decision by utility regulators to approve a rate agreement for Florida Power & Light.

The Sierra Club challenged part of the wide-ranging agreement that dealt with replacing what are known as “peakers” --- generating units that are used at times of high customer demand and during emergencies such as storms. In the rate agreement, FPL sought to recoup costs of replacing decades-old peakers with larger, more-efficient units.

In October 2016, FPL and three other parties, including the state Office of Public Counsel, which represents customers, reached a settlement agreement on major rate issues, including the peaker project. The Florida Public Service Commission, which regulates utility rates and projects, later approved the agreement.

But the Sierra Club, which opposed the settlement, challenged the commission’s decision at the Supreme Court. The Sierra Club argued, in part, that FPL had not been required to consider alternatives, such as solar energy, to meet peak demands.

In a 27-page main opinion Thursday, however, Supreme Court Justice R. Fred Lewis supported the commission’s approach of considering the peaker issue amid the broader agreement, which involved dozens of issues including establishing base electric rates.

Base-rate cases at the Public Service Commission are highly complicated and take months to resolve. In recent years, utilities have commonly reached settlement agreements, which can prevent the need for full-blown rate hearings and end uncertainty.

Lewis wrote that the total cost of the peaker project was $725.6 million. But he also said FPL projected long-term customer savings of $203 million because the new units would operate more efficiently and have lower emissions than the old peakers.

In a brief filed last year at the Supreme Court, however, the Sierra Club argued that FPL did not look at alternatives other than building the new units. The environmental group said alternatives such as solar energy could meet demands without any fuel costs, which could mean greater savings for FPL customers. It focused heavily on the “prudency” of the peaker replacements --- a key test in many utility issues.

About time that someone stood

Lewis is no expert

Permalink Submitted by Glen Gibellina on May 18, 2018 - 7:04am
Lewis is no expert Either was his decision