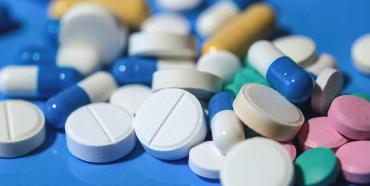 Declaring that she “wasn’t scared to take them on,” Florida Attorney General Pam Bondi filed a civil suit Tuesday accusing five of the nation’s largest opioid manufacturers and four distributors of causing the opioid crisis that is killing an average 15 Floridians daily.

“We are very proud because we have just filed one of the most comprehensive lawsuits in the country on behalf of the state of Florida regarding the opioid crisis,” Bondi, standing in the lunchroom of a recovery center in Tampa, said.

Bondi, who is seeking to recover “all measure of damages allowable,” predicted a settlement with the defendants could be in the “billions.”

Five other states on Tuesday also filed lawsuits against drug maker Purdue Pharma, but Bondi called Florida’s challenge “one of the most comprehensive suits in the country.”

The manufacturers “promoted misrepresentations about the use of opioids to physicians, other prescribers, and consumers that were designed to increase opioid prescriptions and opioid use,” the 54-page complaint, filed in Pasco County, reads.

The lawsuit also accuses the manufacturing companies of using “front organizations” to promote opioids and of paying alleged medical experts, called “key opinion leaders,” to publish articles that promoted the use of opioids to treat pain but omitted information regarding the risks.

Other alleged misconduct includes misleading veterans about the dangers of mixing opioids with benzodiazepine, a drug commonly prescribed for post-traumatic stress disorder.

Distributors are accused of filling suspicious orders and failing to properly assess customers before filling the orders, among other things.

“These dangerous acts and practices have devastating consequences as you all know,” Bondi said. “It’s time the defendants paid for the pain and the destruction they have caused.”

As the opioid crisis has worsened, hundreds of local governments around the country have already sued drug manufacturers.

After trying to work out a settlement, a federal judge in Ohio last month announced plans to move ahead with three trials in 2019.

Bondi, noting that Florida is the third largest state, said she wanted to pursue separate litigation.

A bevy of law enforcement officials, as well as Agriculture Commissioner Adam Putnam, House Speaker Richard Corcoran, among others, joined Bondi for Tuesday’s announcement regarding the legal action.

Putnam said he has discovered “a sad recurring theme” in his travels around the state.

“In every community, they’ve had to add staff to the medical examiner’s office and add space to the morgue. That’s how serious the opioid crisis is,” he said, adding that proceeds from the lawsuit can be used to help fund treatment.

But state Rep. Sean Shaw criticized Bondi, who has served for attorney general for eight years, for waiting too long to challenge the drug makers and distributers.

Shaw, a Tampa Democrat who is running to succeed Bondi as attorney general, called the lawsuit “too little too late for the families in our state who have been devastated by a preventable epidemic had action been take years ago before we reached this tipping point.”

In 2016, heroin caused 952 deaths in Florida, fentanyl caused 1,390 deaths, oxycodone caused 723 deaths, and hydrocodone caused 245 deaths, according to a legislative staff analysis of a measure aimed at combatting opioid addiction. More than 4,000 babies were born addicted to opioids in Florida in 2016, an increase of over 1,000 percent from a decade ago, according to the Florida Department of Children and Families.

Earlier this year, lawmakers passed a bill that, among other things, places limits on prescriptions that doctors can write for treatment of acute pain. Doctors in many cases are limited to writing prescriptions for three-day supplies, though they can prescribe up to seven-day supplies of controlled substances if “medically necessary.” Cancer patients, people who are terminally ill, palliative care patients and those who suffer from major trauma are exempt from the limits.

Now you want to sue the

Permalink Submitted by what? on May 17, 2018 - 10:10am
Now you want to sue the Opioid manufacturers, after 8 years of support, 8 years of accepting huge contributions to your party from the pharmacy lobby. 8 years of doing nothing. Now that you have been called out publicly by the other side for doing nothing. Now that firms have waffled on taking the case because so much time has passed of doing nothing and the aforementioned facts. Shame on every single one of you and everyone who voted for these idiots. This is the political games they play, and yet fools continue to vote for these people. This is truly Floriduh...

OMG!!! Anyone remember a term

Permalink Submitted by Frank C. on May 16, 2018 - 10:20pm
OMG!!! Anyone remember a term called personal responsibility? These drug manufacturers produce a product that some people consume. This product is doing nothing that it isn;t supposed to do. They can be addictive. That is a given. Why is the Attorney General suing these entities? It appears Bondi is looking for some national press. This "war on drugs" has taken an even more ludicrous turn with her actions.

And here we have the problem

Permalink Submitted by Kingnukem on May 16, 2018 - 7:54am
And here we have the problem with our legal system. Not that there is no issue with the drug manufacturers, but rather the role of an attorney general in the legal system. The assumption is that the attorney general is part of our legal system; the system which exists to create, modify, change, judge, and enforce laws (as well as enforce contracts). The attorney general is part of the law enforcement function; that can happen only when there is a noncompliance with a law. Civil suits are just that - no issue with the law. Class action lawsuits are designed to deal with cases such as this. Civil suits by the AG cost money, are unncecessary, but provide a platform for the celebration of the attorney general - paid for by the taxpayer.