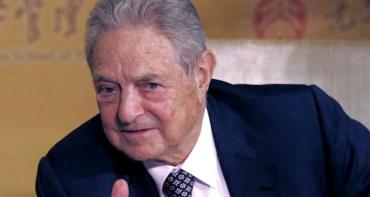 He's got a pattern: His groups come in and dump large amounts of cash in the final moments of the campaign. So the link between the Soros funds and the candidate are only discovered after the election is over.

Says the conservative Association of Mature American Citizens (AMAC), "Over the last few years, progressive billionaire George Soros has dumped millions of dollars into district attorney races around the country."

He has added to his broad support of justice reform by financing prosecutor candidates who promise treatment for drug offenders and the reduction of racial disparities in sentencing. "Soros has used his considerable finances and political clout," says AMAC, "to challenge district attorneys that do not fit into his progressive ideological agenda."

Certainly that's what Soros did in the Sunshine State.

Have a look at the chart on this page showing the $3 million he dumped into Florida races at the 11th hour.

The Kochs look lame in comparison. Search “Koch” in the Division of Elections database and you get 82 $1,000 contributions to House and Senate candidates from Koch Industries in the 2016 election cycle. That's it. My guess is, having seen Soros power through the Sunshine State last time out, the brothers won't be so anemic in 2018.

Soros’s biggest investment came backing Aramis Ayala, the state attorney/prosecutor for Florida's Ninth District (Orlando), to the tune of $1.4 million in TV commercials and mailers provided by his Florida Safety & Justice political action committee. She upset incumbent State Attorney Jeff Ashton in August. Ashton was overwhelmed by the campaign, most of it attack ads.

As soon as she won on Soros's money, Ayala vowed never to seek the death penalty. She swears she made no promises to Soros ("There was no quid pro quo").  But then, Soros himself would not confirm that his money wasn't contingent on Ayala abandoning the death penalty. 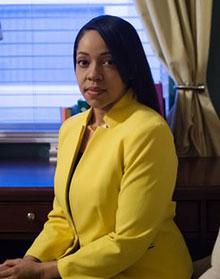 None of Soros's favored candidates are law-and-order politicians. Not only are they Democrats, but they're also hard-left progressives. Soros contributes the funds through his Open Society Foundation and the more than 100 organizations his money controls, from The American Immigration Council to Faithful America.

This year, the Hungarian-born political activist has been busy early, enriching the Florida-based PAC United for Progress with $450,000, according to campaign finance records with the Florida secretary of state's office.

The donation represents the only political funding Soros undertook in the Sunshine state in the first quarter of 2018.

Clearly, through United for Progress, Soros this time is aiming to exert influence over the growing Puerto Rican and Latino constituencies in Florida, Chairman Juan Marcos Vilar told the Washington Free Beacon by email. "United for Progress' local leadership has not made decisions about endorsement or opposition to any specific candidates in 2018."

The billionaire actually started 2018 in 2017, wearing his heart on his sleeve for Andrew Gillum. He jumpstarted Gillum's gubernatorial campaign with a $100,000 donation through the PAC Forward Florida, established for no other reason than to help Gillum. The Tallahassee mayor has billed himself as the "most progressive" candidate in the Democratic field.

Democratic operatives tell me Soros's show of faith in the mayor will lure donations from other progressive Democrats.

Of the $172,770 raised by Forward Florida in December, a combined $131,000 came from Soros and Collective Future, listed on disclosure forms as a Washington D.C. Research/Education firm.

This is a billionaire who, to my knowledge, owns no property in Florida, who lives in a mansion more than 1,000 miles away in the Bedford Hills suburb of New York, yet exerts a stunning weight of influence on the Sunshine State.

And there are still Soros's ties to 30 major news organizations -- many with Florida connections -- we have to talk about.

Soros is certainly one of the

Permalink Submitted by Roger on May 4, 2018 - 3:39pm
Soros is certainly one of the most powerful forces at work to destroy our country, but he isn't alone. There isn't a single aspect of life in this country that isn't under attack. We've got to stop the attack and it starts with replacing the politicians who have made a career out of holding public office with people intent on re-establishing government as it was intended by the creators of the Constitution. That means reducing the size of government at all levels, continuing support of efforts to bring manufacturing jobs back into the country, eliminate collectivist propaganda in our education system, and encourage development of a positive work ethic.

Soros is dangerous because

Permalink Submitted by Lynn Siebert on May 4, 2018 - 11:13am
Soros is dangerous because his goal is to destroy our democratic republic from the inside. I don't know how to get rid of him and his influence. Do we know if he is actually a citizen of the US? If he isn't, aren't PACs and organizations here in the US barred from receiving donations from him directly or funneled through his various subversive front groups? Soros wants the US to fail so the "globalists" can run the world. I can remember when such a thought would be laughed at for being nothing but a "conspiracy theory". We can all thank Obama for creating a lawless environment in our country, fostering the growth of Soro's influence affecting our society through organizations you'd never guess are under his influence. Follow the money when researching Black Lives Matter or when wondering who was behind the anarchist attacks in Berkeley and at Trump rallies around the country. Soros is arguably more of an enemy of the state than any outside government's attempt to disrupt our democratic republic. From what I can learn about him, he is evil. "Never Trump" or "Trump Haters" in either Party have no problem taking money from Soros apparently. We've got to be very careful who we endorse for Local, State and Federal office. Backing the Trump Agenda with full support for our President has to be a litmus test. It is sad but that has to be the test these days if we are to ever drain the swamp.

Probably the most dangerous

Permalink Submitted by Ben on May 3, 2018 - 8:33pm
Probably the most dangerous man in America, possibly the free world. The Kochs are pikers.....They also have the better intentions.

This Nazi-lover may be very

Permalink Submitted by Tampaguy on May 2, 2018 - 7:31pm
This Nazi-lover may be very rich - but he is disillusioned! I believe that the masses of Florida are getting above his level to buy. In reality, he has impossible goals - but SOMEBODY has to play SATAN.

Permalink Submitted by Rev. Nancy Korb on May 2, 2018 - 5:19pm
Any political person, running for Federal office, who accepts money from George Soros, is out of the running immediately.

Permalink Submitted by RGB on May 2, 2018 - 8:20am
Campaign contributions over $1,000 should not be permitted from ANY ONE or GROUP! Sleazy politicians only survive because of 2 things - people trying to buy a politician and people who are don't know or don't care. Unfortunately, all we can do is try to educate the electorate.

Permalink Submitted by C Breeze on May 2, 2018 - 8:17am
PAY ATTENTION FOLKS: Your "home" State (Florida), as well as your Country IS AT RISK !... George Soros has had a "regular ONGOING payroll" to Politicians such as John McCain; Marco Rubio; Carlos Curbello; Charles Schumer; John Kaysich; and Lindsey Graham FOR YEARS ! And the amount of THOSE "political payoffs" is "next-to-nothing" compared to the 'individual campaigns' Soros "funds" in EVERY election cycle across this Country. AND THIS "is on top of" the Soros funded "bussed-in-demonstrations" (including food, lodging, and daily payment) to miscreant 'riders' organized by the likes of Al Sharpton (with the blessing of Obama's "Organizing for America" OFA [read: ACORN & SEIU 'redux']..) that have occurred in every "hotspot" in America 'spotlighting' "black-lives-matter" *manufactured incidents* during the last decade (ALL FUNDED BY GEORGE SOROS...who has a life long "history" of disrupting & destroying governments and citizens in Europe and around the globe with his extensive financial "slushfund"...WAKE UP AMERICA ! Your Country, your Constitution, your Bill of Rights, and your freedoms (as well as those of your family and friends) IS AT RISK "at the hands" of this 'decrepit old man' with unlimited money bent upon destroying the dreams and ambitions of American Citizens. {During "World War ll", George Soros betrayed his own German citizenry to NAZI "death camps" with "no remorse nor empathy" (the ultimate definition of a "Psycopath"): this determined old man is now trying to "bring down" YOUR country ! WAKE UP !

Permalink Submitted by Great Floridian on May 2, 2018 - 10:50am
Sounds like it's time to overturn Citizens United.

who says you can't buy city

Permalink Submitted by Donald Kirkendall on May 2, 2018 - 7:58am
who says you can't buy city hall. Add Stephanie Murphy to this list. Ask yourself what kind of person takes money from this man.

I don't blame Mr. Soros or

Permalink Submitted by The Mickster on May 2, 2018 - 7:55am
I don't blame Mr. Soros or the sleazy politicians--I blame the voters who are blind, ignorant of the topics, and only want the best for themselves, their group, or their slice of society. What is in it for me, vs. what can you do for your country, state, team, etc.

Please educate yourself! Do

Permalink Submitted by Colleena11 on May 2, 2018 - 12:38pm
Please educate yourself! Do the research! George soros is an evil man that called his time with the nazi’s the best years of his life! He has funded every liberal Political protest, riots and mayhem for years! The Koch brothers pale in comparison! Wake up sheeple!

When the Koch brothers do

Permalink Submitted by Sally on May 2, 2018 - 5:56am
When the Koch brothers do this it is a OK. Nancy can you say hypocrisy.

When the Kochs do this in

Permalink Submitted by Nancy Smith on May 2, 2018 - 7:11am
When the Kochs do this in Florida to the extent Soros has, I'll be happy to write about it.

Nancy, have you written about

Permalink Submitted by Great Floridian on May 2, 2018 - 10:53am
Nancy, have you written about the Koch Brothers funding dozens of full-time organizers throughout the state knocking on thousands of Republican doors weekly?

Permalink Submitted by Ocean Joe on May 2, 2018 - 7:32am
Florida Republicans don't need it, they got the tax cut payback. Weighted heavily toward the 1% and corporations at a time neither needed it, exploding the national debt, now the fat cats have been reimbursed for their political contributions last cycle, so they can give big this cycle. BTW, when are we going to see the list of donors who gave Dirty Rick 3.2 million in 3 weeks and will US Sugar or the Fanjuls be on the list?