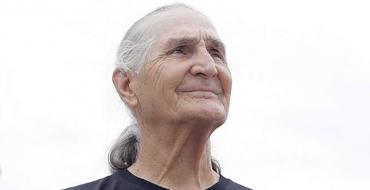 A Tallahassee judge Wednesday gave the OK to Tampa entrepreneur Joe Redner to grow his own pot to treat cancer, prompting state health officials to immediately appeal a decision that could open the door to more legal skirmishes over Florida’s medical-marijuana regulations.

Leon County Circuit Judge Karen Gievers ruled that the 77-year-old Redner --- who made his fortune as a strip-club owner --- can grow his own marijuana because state rules prohibit Florida medical-marijuana operators from selling whole plants or flowers.

Redner’s doctor ordered a juicing treatment that uses live marijuana plants to prevent a relapse of stage 4 lung cancer, according to court documents. Emulsification, or juicing, of the “biomass of the marijuana plant” was determined to be “the most effective way” for Redner, a longtime vegan, “to get the benefit of medical marijuana,” according to Gievers’ order.

“The Constitution says what it says, and the judge recognized what I’ve been saying all along: The Department of Health and the Legislature can’t take away the rights that the Constitution gives you,” Redner said in a statement Wednesday.

Redner is forced to grow his own plants to make the liquid treatment because the Department of Health hasn’t allowed any marijuana operators to sell whole plants to patients, Lirot argued.

“Nothing in the amendment authorizes the Department of Health (or any other part of Florida’s government) to ignore the rights of qualifying patients to access the medical marijuana treatment to which they are entitled under the Florida Constitution, or to exclude any method by which qualifying patients may take their medicine,” Gievers wrote in Wednesday’s 22-page order.

The judge also scolded state officials, writing that the health department “has been, and continues to be, non-compliant” with Florida constitutional requirements.

“Until and unless the department stops violating its constitutional duty and adopts the mandated presumptive regulation, the evidence clearly demonstrates that Mr. Redner is entitled to follow the recommendations of his certified physician under Florida law, and to possess, grow, and use his own medical marijuana plants in a secure manner so he will have access to the medical marijuana to which he is entitled under the amendment,” Gievers wrote.

The Department of Health’s notice of appeal in the case “automatically operates as a stay of the final judgment pending appellate review,” lawyers for the state agency wrote.

Lirot said he will file a motion as soon as Thursday asking Gievers to lift the stay.

The state’s request to block Gievers’ decision --- which the judge wrote applies only to Redner --- comes as no surprise, according to Adam Eland, Redner’s partner in a business called Florigrown. Florigrown filed a separate marijuana-related lawsuit in Tallahassee last year.

“Instead of wasting the taxpayers' money with an appeal that is a sure loser, the department would be better served to rethink their unconstitutional approach to regulating this program,” Eland said. “Judge Gievers made absolutely clear that the department has no authority to limit any route of administration. That's what the amendment says, and we expect our state government to defend the Constitution, not try to judge shop their way out of it.”

Wednesday’s decision telegraphs what Gievers may do in a separate lawsuit initiated by John Morgan, the Orlando trial lawyer who largely bankrolled what was known as Amendment 2, the constitutional amendment approved by more than 72 percent of Florida voters in 2016.

In that case, Cathy Jordan and other patients are challenging a state law, passed during a special session last year, that carries out the amendment and, among other things, bans patients from smoking marijuana.

Jon Mills, a former University of Florida law-school dean who represents the patients and who authored the amendment, argued that the ban violates the Constitution, which he maintains allows qualified patients to use smokable marijuana as a treatment if their doctors order it. Gievers is scheduled to hold a hearing in the case next month.

Gievers’ ruling in the Redner lawsuit “makes the Mills case a fait accompli, or, as my friend says, a done deal,” Lirot told The News Service of Florida in a telephone interview Wednesday.

“They’ll get the benefit of that,” he said.

“Trulieve is committed to expanding patient access across Florida. In anticipation of this court decision, we sought state approval to provide this patient --- and others like him --- with the medical marijuana his doctor prescribed and stand ready to dispense it once authorized,” Trulieve CEO Kim Rivers said in a statement.

Trulieve got in trouble with state health officials last year, after the vendor started selling whole-flower cannabis. The health department sent the grower a cease-and-desist order after the News Service reported that the company had started selling a whole flower product for use in vaporizers but which could easily be smoked.

In a separate lawsuit filed last week, Trulieve asked a judge to strike down a state law that limits the number of dispensaries marijuana companies can operate, saying the restriction “arbitrarily impairs product availability and safety” and “unfairly penalizes” pot providers.

let him alone to smoke it up

Good for Joe. Too bad the

Permalink Submitted by RGB on April 12, 2018 - 8:07am
Good for Joe. Too bad the state can't get their head out of their collective A__! There are a lot of people that can benefit.

I wish Mr. Redner the best of

Permalink Submitted by Bill on April 12, 2018 - 7:58am
I wish Mr. Redner the best of luck. It is a shame that besides fighting stage 4 lung cancer he has to fight the state for his rights.

Permalink Submitted by C Breeze on April 12, 2018 - 6:46am
"HERE COME THE JUDGE!!!" Leave it to the judiciary to muck up an already confused, disjointed and distraught political issue threatening the usually "legal clubfootedness" for decades to come...