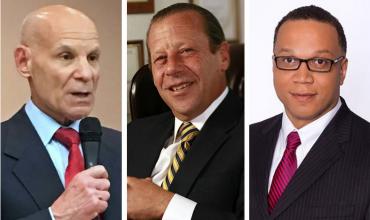 A victim of the shooting at Marjory Stoneman Douglas High School in Parkland is asking that lawyers on both sides be removed from the Nikolas Cruz case, due to their offices’ cooperation with the PROMISE Program.

The argument is based on the collaborative agreement reported on previously by Sunshine State News. Both offices were parties to that agreement -- including, by name, Public Defender Howard Finkelstein and Assistant Public Defender Gordon Weekes and State Attorney Michael J. Satz -- along with Broward County Public Schools, the Broward Sheriff’s Office, and others.

The agreement laid out the rules of the PROMISE Program, which sought to keep students out of the criminal justice system by disciplining them within their respective schools for certain offenses, rather than having the students arrested.

Arreaza’s motions argue this could be a problem for the State Attorney's and Public Defender’s offices. Arreaza claims the PROMISE Program “allowed, at least in part, the murderous rampage to be committed by the defendant.”

Cruz reportedly showed several signs of bad behavior that some have argued should have resulted in him being arrested well before the February shooting.

That’s a problem, Arreaza says, because “the Office of the State Attorney is attempting to prosecute a person whose behavior and actions they avoided addressing with law enforcement prior to February 2018, and who they now want to prosecute regardless of their role in helping to create this ‘monster’.” In other words, the State Attorney's Office may have an incentive at trial to put the full blame on Cruz, when they may bear some of the responsibility due to their participation with the PROMISE Program.

The same goes for the Public Defender’s Office, according to Arreaza. “A defense attorney’s ability to defend a client is also impaired when a lawyer cannot consider, recommend, or carry out an appropriate course of action for the client because of the lawyer’s other interests.” The motion argues the Public Defender’s Office has an incentive to downplay the PROMISE Program’s possible role in the lead-up to the shooting, thus creating a conflict.

The motions call for attorneys outside Broward County to be brought in to conduct the trial, because Borges and his family “are still going through an enormous amount of suffering and do not want to go through this traumatic experience again in a second trial if the conviction in this case is reversed.”

Cruz is facing the death penalty after being charged with 17 counts of premeditated murder and 17 counts of attempted murder in the shooting spree at the Parkland high school on Valentine's Day.

Borges, who is being represented by Arreaza, is improving after falling critically ill from an intestinal infection weeks after he was shot five times in the legs and torso. The student is credited with saving the lives of 20 students by attempting to close and lock a classroom door. In fact, Barcelona Football Club, the boy's favorite team, was so moved by Borges' story that players sent him an autographed jersey that included the signature of Lionel Messi and an offer to help organize a meeting  with first-team players.

What happened to being the

Permalink Submitted by Jeremy on March 21, 2018 - 8:18am
What happened to being the party of “self responsibility“?

Permalink Submitted by C Breeze on March 20, 2018 - 7:12am
"Disqualification" of 'one' lawyer,.. is (at the very least), A START ! ("They" are, far too often, the "overly-documented, 'entitlement' under-Class Scribes" of our ENTIRE Society, manipulating mandated "legal" situations to "carve out" a largely undeserved "upper class existence" for themselves...("on the backs" of plaintiffs & defendants)

PROMISE is what allowed

Permalink Submitted by Anonymous on March 20, 2018 - 7:06am
PROMISE is what allowed trevon martin to become a thug. sad liberal failed policy

He did not go to school in

Permalink Submitted by Jeremy on March 21, 2018 - 8:20am
He did not go to school in Broward County so why would you say that?

Permalink Submitted by army op's vet on March 19, 2018 - 4:18pm
GO FOR IT....We already know this killing of 17 children was Political before & after...Everyday we hear of some Outrageous Actions of the Supt & Principal of School,..Sheriff Dept. & Democrat Politicians...