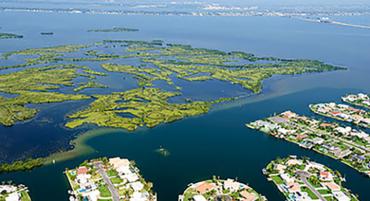 Floridians owe a debt to Randy Fine. During the last six months, the South Brevard County Republican quietly made himself an environmental hero, a champion for the Indian River Lagoon.

Outraged over Brevard's illegal dumping of 22,782,439 gallons of raw sewage into the Indian River in 21 separate releases from Sept. 11 to Oct. 19, 2017, Fine has been a man possessed  -- working to compel the county to fix its infrastructure so it never happens again.

This week he succeeded.

Fine issued a statement Thursday saying Brevard County would be compelled to spend more than $12 million on sewage system repairs under a consent order prepared by the Department of Environmental Protection with input from Fine’s office. DEP has confirmed it.

“Given some of our local politicians’ fervent efforts to prioritize non-essential pork-barrel projects and special interest giveaways over their legal obligation to stop raw sewage releases, I asked the DEP to ‘drop the hammer’ on the politicians until they own up to their responsibilities," Fine said.

The consent decree requires the County Commission to complete three projects by the end of 2020: the completion of 3.5 miles of force main on North Riverside Drive between Eau Gallie and Oakland Avenue in Indialantic; complete $1.9 million of clay pipe rehabilitation in seven collection basins in the South Beaches; and complete smoke testing of sewage pipes in Satellite Beach.

Fine, chairman of the Brevard County Legislative Delegation, lashed out at county commissioners last October. He called on them to reverse their decision to spend $14.5 million on “pork barrel” projects in the aftermath of the county dumping more than 20 million gallons of raw sewage into the IRL."

During an Oct. 11 Brevard County Commission meeting, commissioners had voted 4-1 to spend 14.5 million tax dollars on these:

“Instead of repairing and modernizing the sewage system, they decided to spend taxpayer money to make it easier for kayakers to paddle through the sewage. It defies logic," he said. "It defies explanation.

"This dereliction of duty raises questions about whether our County Commission is fit to oversee the county, or whether more aggressive steps need to be taken to ensure our citizens are served."

Fine told reporters in October, “When I got into politics, I knew that the politicians thought differently than those of us who live in the real world.

“But you have to question the sanity of people who thought spending money on a pier next to a raw sewage dump was a better idea than actually fixing the raw sewage dump.”

He asked, "... How can we ask the citizenry to make changes to their septic tanks, or limit fertilizer use, or hook up to sewer systems, when the local politicians are not a trusted partner at the local level?" 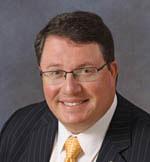 Fine then took his cause to the 2018 session, developing legislation and winning the Legislature's approval for more flexibility in how tourist development taxes can be spent.

To get the job done, he convinced Rep. Paul Renner, R-Palm Coast, who chairs the House Ways and Means Committee and sponsored the 103-page tax reform package, to tack his proposals onto that -- House Bill 7087.

Tourism is an annual $2.1 billion industry in Brevard, responsible for 26,137 jobs.

The Brevard County Commission must vote to accept the consent order, and if it does, the county will have to report to the state on its progress and actions moving forward.

Scientists confirm the water in the lagoon is brown not only because of algae, but because "sewage is one of the things, along with fertilizer runoff from lawns, that makes the brown algae grow."

A county spokesman told WESH 2 News work was already underway on a 10-year sewer upgrade project. The DEP order means the project will be reprioritized to address the biggest problem areas.

The bottom line is, because of Fine's dogged, personal campaign -- first to try to awaken county government's environmental conscience, then to craft, compromise and push through legislation,  and finally work with DEP --  Brevard and other counties facing sewage crises have an option they didn't have before to do the right thing for Florida waterways.

Permalink Submitted by Bob Socks on May 8, 2018 - 10:54am
I like Randy, I will support Randy, and I thank Randy for doing a great job...keep the pressure up on this county commission, make them uncomfortable...maybe in November we will have a positive change on that body...I sure hope so....we need the note to be 3-2 the opposite way...

Permalink Submitted by Mark Clancey on March 29, 2018 - 7:36pm
Representative Randy Fine, please note the following letter sent this evening to Brevard County Board of Commissioners: Thursday, March 29, 2018 Brevard County Board of County Commissioners 2725 Judge Fran Jamieson Way Viera, FL 32940 Subject: Misinformation from Government is Killing Indian River Lagoon Honorable Commissioners: Are you aware that county bureaucrats are deliberately misleading the public and its elected officials on the killing of the Indian River Lagoon? The proof is in their many statements that sewage spills are the fault of severe weather, as if rainfall intrusion into sewage infrastructure were a natural condition. It is not. Rainfall has no place in sewer pipes. Ever. The overloading of Brevard County’s wastewater system is from groundwater intrusion into broken sewer pipes that forces discharges into the lagoon. Brevard County’s sanitary sewerage and stormwater pipeline systems are two separate networks of collection and transportation pipes. By design and construction, the two separate pipeline systems are not interconnected. Ingress of rainfall and seawater (from the water table) flood into our wastewater pipes through cracks, breaks and joint failures. Rainfall does not enter the system from the separate stormwater pipeline system, specifically because the two systems do not interconnect. Hybrid, interconnected, wastewater and stormwater systems are old and rare in the United States. Brevard County and its municipalities do not have hybrid systems. Here they are separate substructures – as evidenced by their two separate management departments. Brevard County Commissioners should put the department heads of Utility Services and Natural Resources on the spot by getting them both to acknowledge that sewage and stormwater are two separate systems that do not combine their contents. That would establish, once and for all, that the root cause of sewage spills is broken sewerage infrastructure, not excess rain. Rainwater intrusion is merely a symptom of the problem, but not the root cause of nutrient overloading of the lagoon. To fix the problem of human effluent-fed algae blooms we first have to repair and replace our Apollo Era sewer pipes and manholes. Spending hundreds of millions of dollars to dredge legacy muck, and deploying volunteer oyster beds, will do nothing to fix the problem. Funding priority must be given to urgent robotic video inspection and location of sewage pipeline breaches, and their immediate repair. Anything less condemns the lagoon ecosystem to failure. Respectfully, Mark Clancey 2014 Invitee Marine Resources Council Lagoon Action Assembly

Thank you Randy Fine for all

Permalink Submitted by Kay Morris on March 19, 2018 - 12:41pm
Thank you Randy Fine for all your investigative work, videos, and promises to clean up the Indian River for future Floridians.

Fine is awesome. Glad to

Permalink Submitted by Mike Riggins on March 19, 2018 - 8:43am
Fine is awesome. Glad to finally have someone who actually cares about the people. We have so many scumbags in Brevard.

I am a solid Democrat but I

Permalink Submitted by Frances Marcocci on March 18, 2018 - 7:59pm
I am a solid Democrat but I voted for Fine in the last election, and although I disagree with other stands he has taken I will probably vote for him again if he keeps defending our river which is so vital to us.

Champion is a bit of an

Permalink Submitted by Matt Fleming on March 18, 2018 - 5:17pm
Champion is a bit of an overstatement. When he saw sewage being pumped into the lagoon, he took a selfie and lamented it instead of demanding that the work be halted immediately. In requesting enforcement from DEP on this, he stopped short of demanding punitive action for the parties responsible.

Back up your claims! Where

Permalink Submitted by Mike Riggins on March 19, 2018 - 8:42am
Back up your claims! Where's the selfie? You want him to have fixing the lagoon halted immediately? And what part of $12 million in required fixes is not punitive action? Not sure what your agenda is, but it's pathetic.

Hey, Matt, what did you do to

Permalink Submitted by Colleena11 on March 17, 2018 - 10:11pm
Thank-you Rep Fine for standing up for a safe clean environment for your constituents!!!! Bravo

Im a Democrat and non

Permalink Submitted by David P. Henry on March 17, 2018 - 9:28pm
Im a Democrat and non establishment. When a conservative handles business we all should be taking care of, that requires a job well done. Not only is Mr Fine doing his job unlike many in BOTH parties, hes doing a good job. Not enough is said about him. Floridas spacecoast is vital to florida and its 77 miles of coast its a no brainer to fallow his lead. For subornidate offices at the county level to thumb their noses at him and pocket cash at the expense of our waterways is out right criminal. We have got manatees flipping over on their backs dead and army core of engineers telling our elected officials our waters are in trouble but instead those locally turn cheek to their responsibilities. Im here doing tons of homework for school but it jeeded to be said.

I USED to "play" in shallow

Permalink Submitted by Tampaguy on March 17, 2018 - 12:20pm
I USED to "play" in shallow parts of the Indian River - That was in the 1950s and into the early 1960s... Childhood fun... a beautiful area. Then came along the "POLITICIANS" and the "DEVELOPERS". I'm sure a LOT of money changed hands, among the (TODAY) very wealthy who did invest. The BEAUTIFUL, clean, safe Indian River has become a "garbage swamp". What have our recent forefathers DONE!