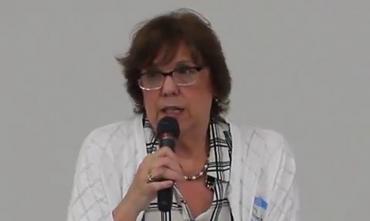 A Martin County Circuit Court judge found that attorney Virginia Sherlock's objections to filing the final judgment against her client, former commissioner and environmentalist Maggy Hurchalla, was a deliberate attempt to delay the jury's award of $4.4 million to Lake Point Restoration for damages caused by Hurchalla's interference in its contracts.

“There is no issue of law or fact to support that renewed motion,” said Judge William Roby, who presided at the hearing of Sherlock's motion on a count that had been dismissed nearly five years ago.

Calling Sherlock's actions frivolous, he ordered Lake Point's attorney fees and costs for responding to the post-trial motion be split between Sherlock and Hurchalla.

An additional hour-long hearing will be scheduled on the court calendar next month to determine the amount.
Sherlock had objected to the filing of the final judgment, she said, because of what she considered an unresolved issue with Lake Point's count asking for injunctive relief. It had been dismissed “without prejudice” in October 2013, and she was asking that the count be dismissed “with prejudice” so it would no longer be “hanging over Hurchalla's head.”
At the time that the count was first dismissed, Judge Thomas McCann had determined that if a breach of contract had occurred due to Hurchalla's alleged actions, then the damage had already been done, thus it was a moot issue; however, he ruled the dismissal would be “without prejudice” to allow Lake Point to resubmit its filing within 20 days.
Lake Point did not resubmit it, and the count was dropped from future amended complaints and it was not presented at trial.
Roby told Sherlock, after listening to her arguments, that there was already finality to the count as soon as another amended complaint was filed.
“You're asking me for a judgment on a count that doesn't exist,” he said, adding, “This is the most scurrilous argument I've heard as a judge for a long time.”
Calling Florida law “absolutely crystal clear” on the issue, Roby read the law to Sherlock in open court, explaining that an amended complaint supersedes any previous complaint.
“The previous complaint no longer exists,” he added, unless rulings and counts from the previous complaint are adopted as part of the new complaint. “What matters is what was tried before the jury.”
Sherlock had not only gone back five years, he added, but the complaint had been amended twice since originally filed. Sherlock said she was aware of the law, but disagreed with the judge in its application.
Roby also reminded Sherlock that after the jury's verdict Feb. 14, he had asked attorneys from both sides if there were any pending issues, reading verbatim from the trial's transcript.
“Both of you said no,” he said. “No issues. Then upon entry of final judgment, this issue arises.”
Lake Point filed suit against Hurchalla in February 2013 for tortious interference in the rock mine's contracts with the South Florida Water Management District and Martin County. The case went to trial Feb. 5-14, and the jury found that Hurchalla was liable for the damages to the project's business.
The judge entered the final judgment for $4,391,708 from the bench, which had been awarded by the jury Feb. 14 to Lake Point. He gave Hurchalla 45 days to either pay the judgment, or to submit an accounting of her estate that will be subject to attachment or liens to satisfy the award, which will accrue interest.
Hurchalla announced shortly after the verdict that she intended to appeal the jury's ruling, and immediately began an online appeal for funds to cover the cost. Sherlock told the judge, “I think this case will go on for a very long time.”
Barbara Clowdus is the editor and publisher of Martin County Currents.

You're one of my heroes, C