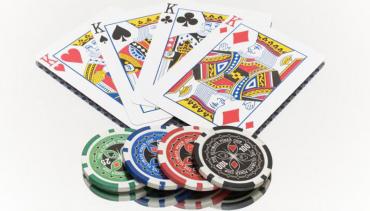 A key player in negotiations between the Legislature and the Seminole Tribe said he expects “significant progress” on a potential gambling deal in the next few days, as lawmakers rush to reach consensus on --- and pass --- a sweeping proposal before the session ends on March 9.

“We will have what I call a more formal proposal (from the tribe) this week, to take into consideration in terms of the direction they want to go,” Sen. Bill Galvano, a Bradenton Republican who for years has played a major role in gambling talks with the tribe, told The News Service of Florida on Monday.

Earlier in the day, a Senate panel approved a proposal that includes allowing the Seminoles to add craps and roulette at the tribe’s seven casinos.

The panel’s approval of the Senate package helps set up negotiations with the House, as lawmakers try to reach agreement before voters this fall weigh in on a constitutional amendment that could restrict the Legislature’s control over the historically thorny gambling issue. Galvano has been working with Rep. Jose Oliva, a Miami Lakes Republican who is slated to become House speaker in November.

"I wouldn’t be going through these efforts if I didn’t think we were making progress. Sometimes it’s a confluence of events that bring people to the table. I’m going to continue to work with Speaker-designate Oliva, and my expectation is that this week significant progress will be made," said Galvano, who is expected to become Senate president in November.

Under the proposal (SB 840) approved unanimously Monday by the Senate Finance and Tax Appropriations Subcommittee, the Seminoles would pay the state a minimum of $3 billion over seven years in exchange for the exclusive rights to offer craps and roulette at the tribe’s seven casinos.

The Seminoles have long sought the additional games, but the bill also would legalize controversial “designated player” card games at pari-mutuel facilities throughout the state --- a move that could be a sticking point for the tribe and the Florida House.

A House plan (HB 7067) would ban cardroom operators from offering the popular and lucrative “designated player” games. Adding to the controversy, the House bill includes a sweetener for House Speaker Richard Corcoran by potentially steering billions of dollars from a revenue-sharing agreement with the tribe to education programs favored by the Land O’ Lakes Republican.

In contrast, the Senate plan would make clear that designated player games and fantasy sports contests are legal in Florida, something the Seminoles have argued could jeopardize a 20-year agreement between the state and the tribe.

The Senate proposal also would allow dog tracks to do away with racing but keep operating more-lucrative activities such as slots and cardrooms, a plan known as “decoupling,” an element not included in the House bill.

The Senate plan, sponsored by Regulated Industries Chairman Travis Hutson, does not address slot machines in eight counties where voters have approved allowing the devices at local pari-mutuels, an expansion that would require legislative action to occur. Senate President Joe Negron, R-Stuart, has indicated he wants that included in a final deal, while Corcoran has strenuously opposed allowing slots outside of Broward and Miami-Dade counties, where they are already permitted.

And the Senate proposal would not allow pari-mutuel operators to relocate, another issue that could be problematic as leaders in the two chambers negotiate a plan that could shape the state’s gambling footprint.

Fontainebleau Hotel owner Jeffrey Soffer, in talks to purchase Mardi Gras Casino and Racetrack in Hallandale Beach, reportedly wants to move the facility to Miami Beach or to another location in Broward County. Soffer has hired lobbyist Michael Corcoran, the speaker’s brother, to push the issue.

For years, the two chambers have failed to reach agreement on gambling legislation, but the proposed constitutional amendment on the November ballot and the possibility of losing annual payments totaling more than $250 million from the tribe have injected a new urgency into the issue.

“I don’t need to tell you, but with the No Casinos amendment on the ballot and the likelihood of it passing, now more than ever, it’s crucial that we discuss a compact with the Florida House and the tribe,” Hutson, R-St. Augustine, told the Senate panel Monday. “This could be the last possible chance to regulate gaming as a legislative body, and I need not remind anyone on this committee the fiscal implication is hundreds of millions of dollars a year.”

If approved, the “Voter Control of Gambling Amendment,” largely bankrolled by a Disney company, the Seminole Tribe and the anti-gambling group No Casinos, Inc., would require voter approval for any proposed form of casino gambling, an issue now largely controlled by the Legislature.

The House and Senate proposals both lay out blueprints for an agreement with the Seminoles, called a compact, but with different approaches.

The House measure would effectively re-authorize a 2010 agreement between the state and the Seminoles that gave the tribe exclusive rights to operate “banked” card games, such as blackjack, at most of its casinos, in exchange for about $250 million a year. The portion of the agreement dealing with banked cards expired in 2015 and was the subject of a federal lawsuit that resulted in a settlement between Gov. Rick Scott and the Seminoles.

The Senate plan would authorize designated player games and specify how they can be played.

“The idea of designated player games is an important issue that needs to be negotiated. I fully understand and support the pari-mutuels’ desire to be able to have those games. And, you’re right, the Seminoles have pushed back on it, and that’s at the heart of the litigation and at the heart of what has put us into the forbearance agreement. But that issue is not going away, and I continue to make that clear to them (the tribe),” Galvano said.

Hutson acknowledged that his proposal --- which would boost the Seminoles’ payments to the state by more than $100 million a year --- is a starting point.

“It’s been the goal of me and the Florida Senate to keep moving forward, get into some type of conference, sit everybody down and see where the tweaks need to be,” he told reporters after Monday’s meeting.

“There appears to be a ramped-up sense of awareness around something happening this year, and that’s causing some concern but also opportunity for us all to hopefully get something done that benefits everyone,” Iarossi told The News Service of Florida.

Permalink Submitted by C Breeze on February 13, 2018 - 8:15am
Politicians, Lobbiests, lawyers, and other "special interest" groups will be "the ultimate death of Florida".....SEVEN SEMINOLE CASINOS ......!!!!! The "REVENGE OF TRIBAL INDIANS" is upon us..... (Pretty soon 250 million Puerto Rican "escapee invaders" in South Florida will be wearing feathers in their hair ! )