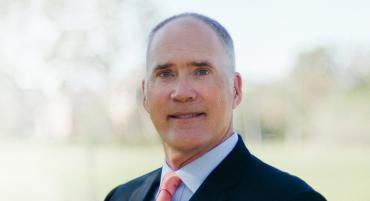 With U.S. Rep. Ron DeSantis, R-Fla., expected to run for governor, businessman and Navy veteran John Ward jumped in the race to replace him.

Ward stressed his conservative credentials on Thursday as he launched his bid for the Republican nomination.

“I'm a Ronald Reagan Republican and I’m running for Congress because I believe that Washington needs more ‘Get-It-Done Outsiders’ who will fight for individual liberties and protect our freedoms, so that this generation and future generations can live in peace, prosperity, and liberty,” Ward said as he kicked his campaign off.  “If we want to make America great again we need to send leaders to congress who have a better vision, a better plan, and a better way forward. I want to end the do nothing, business as usual ways of Washington so that Florida’s forgotten families can win again.”

Ward showcased his background as he started his campaign, including praising his parents and their values.

“My parents instilled in me the importance of living a spiritual life, working hard, being self-reliant, and leading with ethics and integrity. You can believe, with certainty, that’s how I will serve in Washington,” said Ward.

Ward served in the Navy during Desert Storm and, according to his campaign, “has built successful companies that have employed thousands of people and have added $100s of millions of value into our economy” and has “helped countless job seekers, entrepreneurs, and small business owners achieve the American Dream through his leadership, training, time, and investment into growing their businesses and individual success.”

The new candidate also unveiled a web video as he begins his campaign. Sources close to Ward insisted he will have $1 million raised by the end of the year and noted he would support President Donald Trump on the issues, including on tax reform.

With DeSantis expected to seek higher office, Ward faces dark horse Jeremy Kelly for the Republican nomination but there are other possible candidates looking at getting in the race.

On the Democratic side, businessman and retired Air National Guard officer Bob Coffman and Nancy Soderberg, who worked on the National Security Council under then President Bill Clinton and who ran for the state Senate in 2012, are running for the congressional seat.

Soderberg served as former deputy national security advisor and on the National Security Council during Clinton’s first term. In his second term, Clinton named Soderberg as an alternate representative to the United Nations where she often represented the U.S. on the Security Council.  She currently leads the Public Service Leadership Program at the University of North Florida.

On Thursday, the Soderberg campaign announced it brought in more than $335,000 since she entered the race in July.

“I’m honored by the outpouring of support our campaign has received,” Soderberg said. “That energy is a vivid testament to how ready people are for a change from Washington’s broken politics and toward real results from their representative in Congress.

“We are giving voters a real choice in this election: business as usual, or a new voice," she added. “I’ll fight to ensure congressional Republicans won’t throw a million Floridians off health care, raise premiums on those over 50 or eliminate protections for pre-existing conditions.”

The district includes all of Flagler and Volusia countues and parts of Lake and St. Johns counties.

I hear Mr. Ward lives in

Permalink Submitted by Corey on October 13, 2017 - 8:56am
I hear Mr. Ward lives in another district. I hear there are other candidates who are going to jump in who also live outside the district. Reading Mr. Wards campaign press release could have been written for Sen. McCain or even McConnell. Just another carpet bagger.

Congressman DeSantis has not

Permalink Submitted by Johnny..... you... on October 12, 2017 - 11:29pm
Congressman DeSantis has not announced he is leaving this seat. It's inappropriate and to launch a campaign for a seat which is not open. Charlie Crist also campaigned as a "Ronald Reagan Republican" when he ran for governor. The fruits of your record will define your candidacy and authenticity not a press release. Sunshine State News should not have run this column as news, it's a canned advertisement.

Permalink Submitted by C Breeze on October 12, 2017 - 6:13pm
Exactly WHAT "successful companies employing thousands of employees" HAVE YOU STARTED JOHN WARD??????? "Desert Storm" was a "lifetime" ago; what have you done lately...to establish your "creds" as a Donald Trump Republican??? (Because THAT'S WHERE WE'RE AT CURRENTLY, and exactly where we'll be for the next SEVEN years !) RONALD REAGAN was "history" (GEORGE WASHINGTON was also "history", but we liked him too !) You're way too "packaged" John,...espousing all the right platitudes from the "Create a Candidate" list. I WANNA BALIEVE, BUT I BIN FOOLD TWO MANY TIMZ\\\ I think John McCain used your identical campaign rhetoric when he ran... So, "Fool me twice..." (you know?)

And where, pray tell, does Mr

Permalink Submitted by Fed up on October 12, 2017 - 6:07pm
And where, pray tell, does Mr. Ward live? And by live, I don’t mean which city in the district is he planning on renting a condo? Has he ever stepped foot in Volusia, Flagler counties? Or is he another Jacksonville/Orlando/DC carpet bagger trying to steal a congressional seat? Inquiring minds would like to know more about him, not just platitudes.

Permalink Submitted by Mark on October 12, 2017 - 8:44pm
Pure & simple, he's a carpetbagger trying to steal a Florida seat in Congress and deliver votes home for the state he really comes from! Look at his picture. The guy is pure 'oddball' and his eyes are NOT those of an honest, God fearing man, in my opinion. Do NOT vote for this former Ringling Bros. looking employee!

Ron De Santis has it locked,

Not once does John Ward even

Permalink Submitted by Lynn Siebert on October 12, 2017 - 3:19pm
Not once does John Ward even mention President Donald Trump let alone state that he will support and push through legislation to make the President's agenda the law of the land. All Republican policy makers need to show they "get it". We elected Donald Trump because we want his policies to be enacted via law! Tell me you are a "Trump" Republican to get our support.

YOU are correct, Lynn! But,

Permalink Submitted by Mark on October 12, 2017 - 5:04pm
YOU are correct, Lynn! But, Ward's a "Reagan Republican"! LOL. Unfortunately, Mr. Reagan is passed into heaven. We're still here in Hell, with Ward!

In the video he mentioned how

Permalink Submitted by MAGA-Man on October 12, 2017 - 4:22pm
In the video he mentioned how we need to Make America Great Again. There was also a story earlier that said how he plans to be advocate for President Trump's agenda. He will be the Trump ally. There are other never-Trumpers running or planning to run. https://apnews.com/410cb838a1c949d1bd2f1c69ef9fc0aa/Ward-announces-run-for-Florida-US-Rep.-DeSantis'-seat