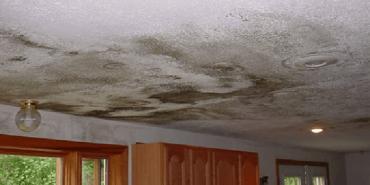 Citizens’ Board of Governors approved recommended rates and policy changes for 2018 on Tuesday -- all of them "reflecting rising nonweather water losses, assignment of benefits abuse and out-of-control litigation that, left unchecked, will force rate hikes for years to come."

By unanimous vote, board members of the state's insurer of last resort recommended a 5.3 percent statewide increase for personal lines policyholders -- homeowners, condominium unit owners and renters -- with most increases concentrated in three South Florida counties where water losses, assignment of benefits abuse and litigation are disproportionately severe.

Because the 2017 Legislature failed to deal with assignment of benefits abuse in particular, and legislation that would reform the law, the Governing Board said it had little choice.

In a written statement after the meeting, board members announced they also approved a series of policy changes aimed at reducing claims costs for nonweather water losses that have been pushing rates higher for South Florida customers over the last few years. If approved, the changes would take effect in February 2018.

Among the major policy changes is a $10,000 cap on water loss repairs for customers who decide not to participate in the Citizens Managed Repair Program, which links customers with a network of vetted contractors. The voluntary managed repair program, coupled with a free emergency water removal service, will become available to new Citizens policyholders after July 1, 2017, and for existing customers when their policies renew.

The company says other policy changes include expanding obligations to third parties that accept an assignment of benefits. Currently, contractors who accept an assignment are not bound by the same obligations, including allowing Citizens adjusters to inspect a claim in a timely manner or providing proof that a loss has occurred.

“These proposed rate increases and product changes are critical for Citizens’ efforts to bring some relief to a market that is being made increasingly expensive by unnecessary litigation and out-of-control water loss claims,” said Chris Gardner, Chairman of the Citizens Board of Governors. “Unfortunately, we are making it more expensive for many of our customers to own a home.”

The 2017 legislative session concluded in May without making significant changes to state law regarding assignment of benefits (AOB) and the so-called one-way attorney fee statute that are driving up costs that must be paid through higher premiums. Citizens joined other insurers, business and consumer groups pushing for reform.

AOB was such a hot topic in Florida going into the legislative session that it dominated discussions on almost every panel and between attendees of the Florida Chamber of Commerce’s Florida Insurance Summit Feb. 1-3 in Miami. A glance at the numbers from various Florida sources tells the story:

“It’s ironic that our rates for wind coverage are coming down, but Citizens policyholders in South Florida still must brace themselves for continued rate increases,” Gardner said. “We don’t want to raise premiums, but Citizens is obligated by statute to set actuarially sound rates.”

The 2018 rate proposal continues a recent trend in Miami-Dade, Broward and Palm Beach counties. Homeowners with multiperil coverage in Miami Dade County, for example, will see an average increase of 10.5 percent, or $359, from 2017 premiums. Broward and Palm Beach county homeowners will see rates increase by 10.4 percent and 9.3 percent respectively.

“We were hoping for legislative change and a surgical solution,” said Barry Gilway, Citizens president/CEO and executive director. “Given that this did not occur in 2017, we cannot wait for the trends to worsen and take no corrective action.”

Scott Heads to Connecticut to Attract Businesses to Florida

Permalink Submitted by Anonymous on June 20, 2017 - 7:03pm
Legalize Marijuana like Colorado and see how fast the state has money to play with!

Permalink Submitted by C breeze on June 20, 2017 - 6:41pm
The "unintended consequences" of a Legislature failing to act; and the unnecessarily callous reaction of the Insurance industry; EACH INSTANCE of "insurance abuse" should be individually investigated (and no doubt IS), and the "abuser set adrift"! The Ins. Industry can afford this without casting "group blame"..OR.. using THEIR failure to "weed out" individual abusers as an excuse to raise premiums "across the board". Like Lobbies, and Lobbyists, Insurance Companies have grown FAR TOO FAT over past decades...(with the complicit approval of Legislators hoping to someday become Lobbyists when they "term out").

I have citizen's and have a

Permalink Submitted by Ive on June 20, 2017 - 6:25pm
I have citizen's and have a claim that has been pending for over a year for water damage caused by the bath pan, under my tile in the bathroom, under the floor. No way to get to that to repair other than if someone broke the floor and deliberately caused this to happen. Adjusters, engineers, and insurance agents have all been to my property over the last year and a half. I have now had to go to litigation, because citizens does not pay the claim. In the meantime, bath pan continues to leak, underneath tile, underneath floor, and problem grows. if only they would pratively deal with claims, costs wouldn't go up, because there would be no need to sue them. I have been paying insurance premiums on my house for 14 years, and when I have a problem, that should be covered by the very insurance I pay, they simply turn their backs on the issues. I hope law makers take the way citizens deals with and processes claims into consideration. The rise in costs in a direct outcome of the way they handle claims and how they fight homeowners every step of the way.

If they can point to abuses,

Permalink Submitted by Daniel on June 20, 2017 - 2:38pm
If they can point to abuses, as the article alludes, go after the people committing the alleged abuses, or shut up about alleged abuses. 50% litigation from claims sounds like the actual abuse, but by Citizens Insurance. Attorneys cannot file frivolous litigation for their clients. So who sounds like they're being cheats? Citizens Insurance.

What we have here are the

We had a legitimate claim (a

Permalink Submitted by SPC on June 20, 2017 - 2:05pm
We had a legitimate claim (a pipe burst inside our wall) but Citizens would not pay because it was our duty to inspect our pipes (inside our wall?). We would have happily participated in their program but they denied our claim saying we were responsible. A claim that should have cost $5,000 escalated when they would not do the right thing. About $50,000 later in legal fees we got $10,000 which would not begin to cover the mold and other damage that occurred over the year long fight. Citizens pulls this crap all the time. And paying their attorney over $400 an hour to fight these claims is part of the reason. Citizens cannot be held liable when they act in bad faith by state law so it encourages this behavior. Tell the real truth please!

Permalink Submitted by RGB on June 20, 2017 - 1:33pm
Abuse of insurance like described above has been an ongoing issue for years. South Florida is just a magnet for people that are willing to cheat and con law abiding citizens of the state. So don't blame it on a very recent change in the presidency for a long established way of doing business in Florida...... Just look at our Governor and his former company.

So liberal "takers" cheat the

Permalink Submitted by Brian Dawe on June 20, 2017 - 1:21pm
So liberal "takers" cheat the system and everyone else has to suffer. They should be kicked out of citizens insurance for ever, and have a "cheaters" mark on their permanent record

So Trump and his GOP enablers

Permalink Submitted by Robert Warner on June 20, 2017 - 1:18pm
So Trump and his GOP enablers neuter the Federal institutions responsible for some type (more or less) of financial, banking, and insurance oversight. Florida elects a "Tea Party" Governor that can't fathom the problems associated with unlimited coastal development. Florida Senator, Marco Rubio, only cares about "getting along" with the lowest common denominator (which is now below sea level and discounts real science). The Sunshine State News trashes all efforts at informative reporting about any smart, long term regulatory solutions, but it sure can incite. I only hope the Federal Flood Insurance Program survives. Thanks...

My memory is probably going.

Sorry for my abrupt reply

Permalink Submitted by Robert Warner on June 20, 2017 - 3:34pm
Sorry for my abrupt reply above. I think all my comments above - dealing with the piecemeal destruction of proper Federal oversight and regulatory mechanism by various self interested economic entities and those elected to further their interests are at issue. State insurance protection from Anti-Trust scrutiny provided by the McCarran Ferguson Act are long overdue for review and repeal.

Nancy - You know what I mean.

If she doesn't we do and

Permalink Submitted by Anonymous on June 20, 2017 - 7:48pm
If she doesn't we do and thats you're a dumb ass Donkey with simple minded useless thoughts. Go Pelosi bumper stickers for sale in your camp!

Just knew it had to be you,