Debbie Wasserman Schultz: 'The Empress Has No Clothes'

Debbie Wasserman Schultz is out as DNC chair. The only thing left  for her to do is relinquish the title, because as of now, she has no power.

We all know the story "The Emperor Has No Clothes" -- where the Emperor allowed himself to be dressed in nonexistent clothes for a procession through town, never admitting that he was too unfit and stupid to see what he was wearing. 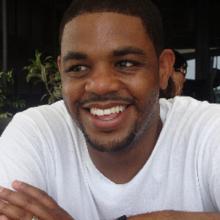 Hillary Clinton has replaced her with Brandon Davis, former SEIU political director. Davis' title is general election chief of staff for the Democratic Party, but make no mistake, he's in charge of day-to-day operations and she isn't.

In other words, Hillary did not pick Debbie Wasserman Schultz.

Rather than admit that she is odd woman out, Wasserman Schultz played coy on her future at the DNC when speaking with Meet The Press Daily’s Chuck Todd.

She will “wear” the title of DNC chair; however her control and input are just as invisible as the emperor’s clothes.

Amy Dacey is continuing her role as CEO, complete with the power associated with it.

Jen O’Malley is continuing her role planning for the general election.

Wasserman Schultz could have continued in her role as chair, along with the power and control that goes with it, but Clinton said no.

Of course, that had a lot to do with Bernie Sanders and his supporters -- but it wasn’t just Sanders supporters who wanted Wasserman Schultz out.

By all rights, she should have been booted after the 2014 debacle, where Democrats lost everything they could lose.

Now, with the title alone of DNC chair and no responsibilities, there should be no excuse for Wasserman Schultz not to debate her primary opponent, Tim Canova, the $2 million man. 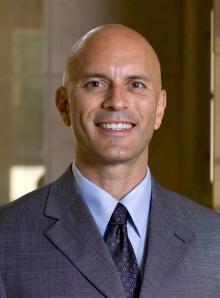 Yes, you read that right. Tim Canova has just gone over the $2 million mark in donations to his campaign.

He did it without the big-ticket fundraising -- anywhere from $500 to well into the tens of thousands of dollars that distinguishes the Wasserman Schultz  money grab.

Everyday working class people from all over donated an average $17.00 to help rid Florida District 23 of Wasserman Schultz.

If Donald Trump and Hillary Clinton are polling as the most disliked figures in politics right now, it’s only because Wasserman Schultz's name wasn’t included in the questionnaire.

Canova has challenged Wasserman Schultz to six debates, the same number she initially scheduled for the presidential primary.

So far, Wasserman Schultz has avoided committing to any debates with Canova, as if they're the Zika virus.

She has repeatedly gone on national television and touted her record.

Now it is time for her to do so in public, against a very viable opponent.

The people in Congressional District 23 deserve to hear Wasserman Schultz defend her record.

They are entitled to know why she backed the usurious Payday Loan industry.

They are entitled to know why she backed the Trans-Pacific Partnership (TPP).

They deserve to know why she was so against medical marijuana.

Some of her constituents in District 23 also want to know why she voted for the Iran agreement.

Wasserman Schultz has never had to answer for her record, until now.

That’s because she hasn’t had a primary opponent since her very first election.

With CD-23 being a safe democratic seat, and no viable opponent challenging her, she's had an easy road in previous elections, never having to be confronted with her record.

Several local entities have offered to host debates between Wasserman Schultz and Canova.

What is Wasserman Schultz afraid of? Why is she running from Canova?

And make no mistake about it, she is running from the subject of debates.

In one video posted online, a constituent of hers asked her if she was going to debate Canova, and you would have thought she was Usain Bolt the way she ran away.

Wasserman Schultz got President Obama to endorse her, as well as Vice President Biden.

The people of Congressional District 23 do not call the president or vice president when they are wondering why there are no jobs in CD 23.

They do not call the president or vice president when wondering why Wasserman Schultz voted for the TPP, or why she has taken money from, and backed, the Payday Loan industry or the Private Prison industry.

So, essentially, the endorsements of President Obama and Vice President Biden look good on paper, but the voters in CD23 could care less.

Now that they have a choice in who represents them in Congress, Wasserman Schultz’s answers had better be good!

Leslie Wimes is founder and president of Women On The Move, and the Democratic African American Women Caucus, www.daawc.com.

If Wasserman is no longer the

Permalink Submitted by Dianne shatin on July 20, 2016 - 11:55am
If Wasserman is no longer the Chair of th e DNC what was she doing on the Charlie Rose zhw as Chair of the DNC? She is no Democrat nor has she anything between her ears. She gives "Democrats" a bad name. She is why Hillary will lose to Trump. The Democratic Platform is a Republican business as usual in America. More than ever the Benitez shouldn' r vote for Stein as it is a throwaway vote. Instead nominate Bernie a I the DNC Convention, seriously. After the tremendous success of Bernie Sanders Presidential Campaign the DNC platform committee come up with a GOP platform with the $15 per Hr minimum wage to pacify certain groups and keep them quiet. The 2016 Democratic Platform is a G*d d* betrayal of the real Democratic Party those born without a silver spoon in their mouth.

She's in my district (DWS).

Permalink Submitted by Leonor Henry on June 19, 2016 - 9:32pm
She's in my district (DWS). When she was first elected, the first 2 years, she would go to the local Publix, where we go, and she would say hello and be somewhat normal. After she was re-elected, never have wee seen her in our district. She is a power monger, and needs to go. I'm sick and tired of her lies and not being present for her constituents.

After reading this I now have

Who the fuck taught you how

Permalink Submitted by Ray on June 19, 2016 - 5:48pm
Who the fuck taught you how to write? Making each sentence it's own paragraph doesn't make it seem more important, it just makes it crippling and less interesting to read.

So then don't read it you

Permalink Submitted by Forrest on June 20, 2016 - 7:14am
So then don't read it you jerk! From the amount of shares it has, looks like not everyone shares your opinion. I hate these types of posters that don't discuss the content, just want to bitch to be bitches! I'll bet "Ray" wears dresses and panties!

What's wrong with the Iran

Permalink Submitted by Arrr on June 19, 2016 - 5:05pm
What's wrong with the Iran deal? You realize it's an agreement between several states including China, Russia and the European Union. If the US had unilaterally rejected the terms previously agreed upon, the other states might have gone ahead anyway in dropping the sanctions, making the US look stupid. Sometimes, it's not just US politicians who decide what happens in the world.

Permalink Submitted by Former Air Forc... on June 18, 2016 - 6:29pm
Great News! Now if barac would get "Lock Jaw" the country would be a more quiet, safe and peaceful place!

DWS is such the product of

Permalink Submitted by jameister on June 18, 2016 - 12:49am
DWS is such the product of our inbred politicos. here blank stares when asked what Hillary Clinton had accomplished as SOS, and here even blanker stare when asked the difference between the Democrat party and socialism belied her basic ignorance of substantive issues. and supporting the usurious (sp?) payday loan industry? hack. hack. hack. good bye Ms. Schultz. get a real job and learn to work for your living like the rest of us Schmoes. Jschmoe.

I do not believe I have ever

Permalink Submitted by Jon Shebel on June 17, 2016 - 9:04pm
I do not believe I have ever met anyone as nasty and dumb as DWS!!!!!!! She has been an absolute "fraud" going back to her first days in the Florida Legislature. I have never met anyone who thought DWS was/is a "nice person"!!!!

Permalink Submitted by Harold Kurte on June 17, 2016 - 8:36pm
Wasserman-Schultz got what she deserved this time. What took so long after all the mistakes she made over her tenure?

Permalink Submitted by Jamie on June 17, 2016 - 3:50pm
Brandon Davis lacks the stomach to lead, and you know it, Ms Wimes! He's been carrying so much water to the tables of the big boys that his back is hunched over! DWS still calls the daily shots, Ms Wimes and your source (s) is/are not reliable! Stop by the DNC's offices and see who's calling the day to day plays. That is, IF you can get inside the building. IF DWS has no clothes, she'd still be a good view compared to you, Ms Wimes!

Jamie, you are wrong. Here's

Permalink Submitted by Laura on June 18, 2016 - 11:16am
Jamie, you are wrong. Here's a quote from Howard Dean: Wasserman Schultz will retain her position as Chairwoman, likely until the Democratic Convention next month. As former DNC chair Howard Dean points out, Schultz’ title has become largely meaningless. “This is in fact what happens,” Dean told CNN. “Debbie will still have the title, but somebody else will be the effective operator of the DNC. It’s Hillary’s pick.” Oh, and I may not always agree with Wimes, but I must say she looks a hell of a lot better than Ramen noodle head!!

Not only is Jamie dumb, he

Permalink Submitted by Jonathan on June 17, 2016 - 4:04pm
Looks like someone is pissed! I guess this article, and the numerous others that are reporting the same thing, are all wrong. Face it, Wasserman Schultz is out, just like she should be.

Permalink Submitted by Ted on June 17, 2016 - 1:34pm
Sayonara, Debbie! You and your girlie-girls over there kept us from getting the nominee we really wanted! Go Bernie!

So do the Republicans! After

Permalink Submitted by Mark on June 17, 2016 - 3:42pm
So do the Republicans! After all, they've been in charge for the last 16 years and look where we are today!

"Some of her constituents in

Permalink Submitted by HillaryIn2016and2020 on June 17, 2016 - 1:30pm
"Some of her constituents in District 23 also want to know why she voted for the Iran agreement." Because DWS thought it was a good deal. She supported out POTUS Obama. You have a problem with that? YES? Then Bend over and DO IT!

Someone get the butter,

Permalink Submitted by Florida Gurl on June 17, 2016 - 1:20pm
Someone get the butter, because she is officially "toast."

Really? Not when POTUS Obama